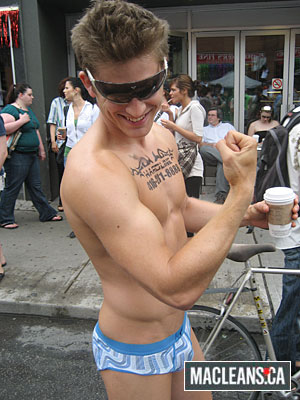 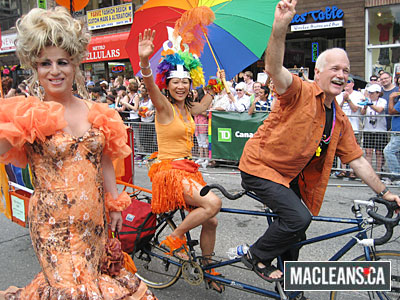 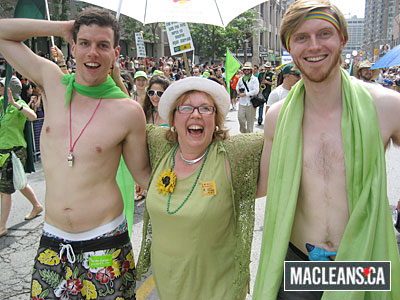 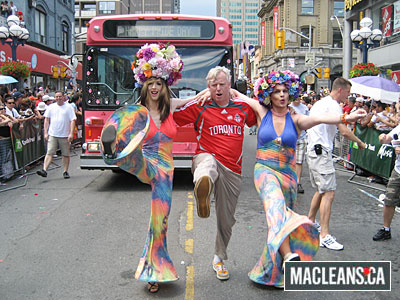 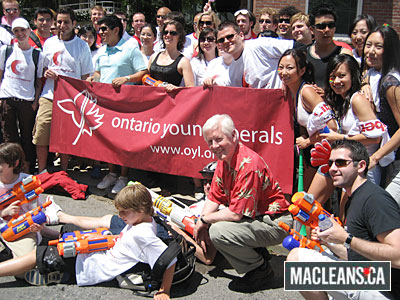 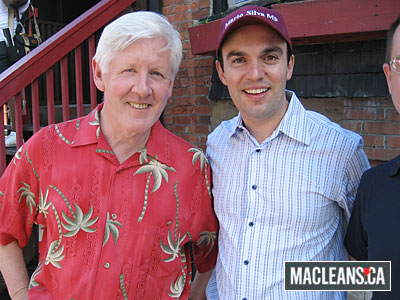 Toronto Liberal MP Carolyn Bennett was tickled by Toronto drag queen Ivory as she ran through the parade to catch up with the Liberal contingency. 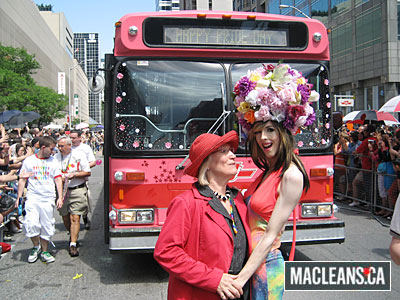 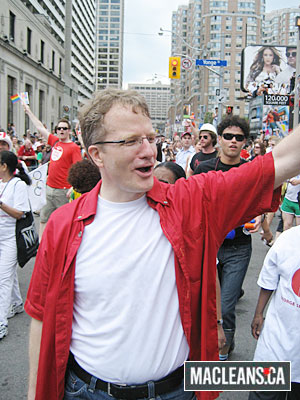 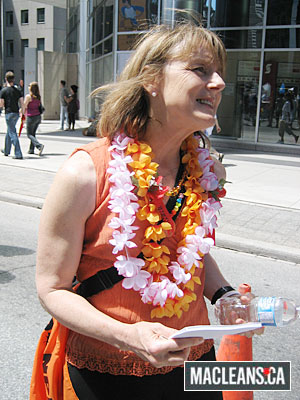 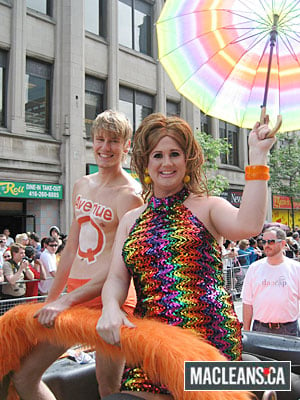 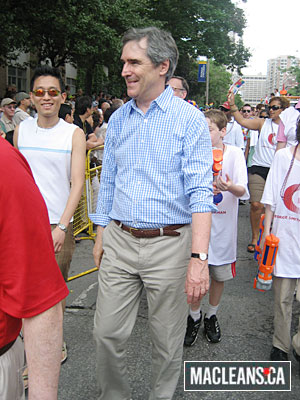 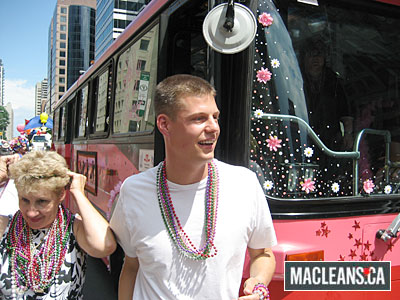 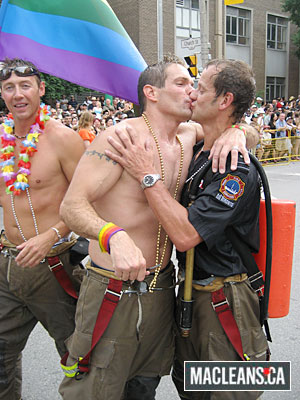 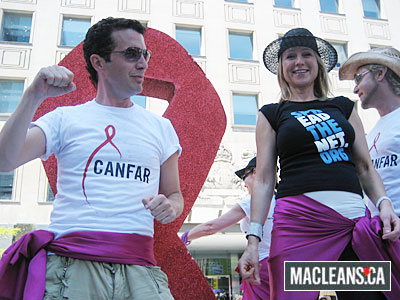 A horse of a different colour. 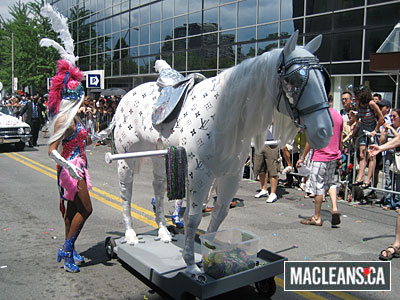 War resister Corey Glass chats with Toronto NDP MP Olivia Chow who was the one who introduced a nonbinding motion to let war resisters stay in Canada. The motion was passed. 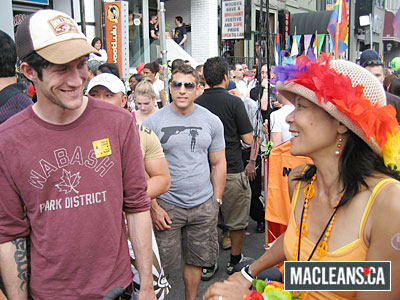 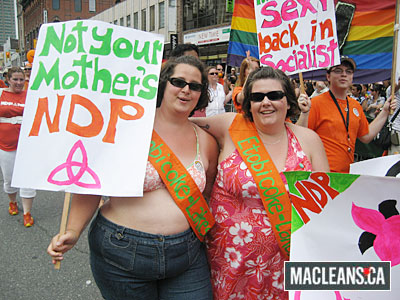 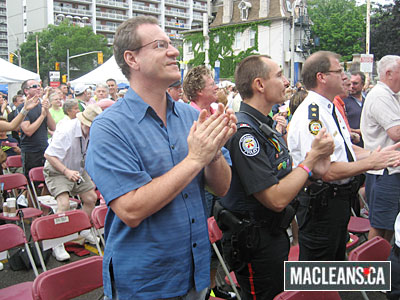 The service was lead by Rev. Brent Hawkes, one of the lead activists to bring same-sex marriage to Canada and recent recipient of the Order of Canada. 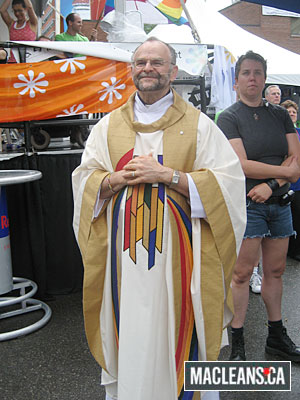 Layton, Chow and John Tory, the leader of the progressive conservative party in Ontario, sat in the front row. 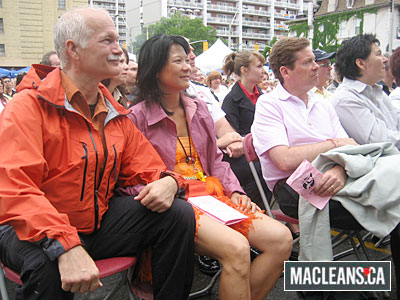 Earlier in the week MPs and politicos attended the fourth annual Pride Toronto Gala and Awards. The theme was “Journey to Mount Olympus.” Here’s Prometheus. 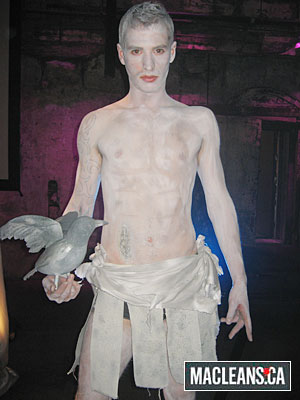 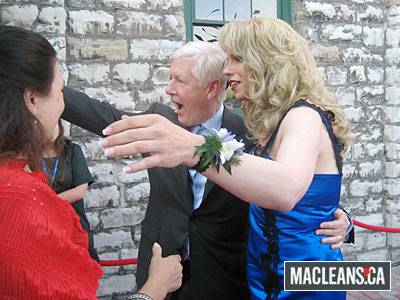 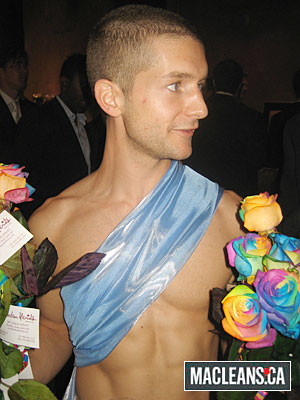 Olivia Chow with the models. 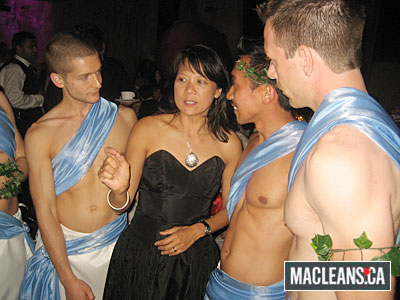 Chow with Sandra Bernhard, the host of the evening. 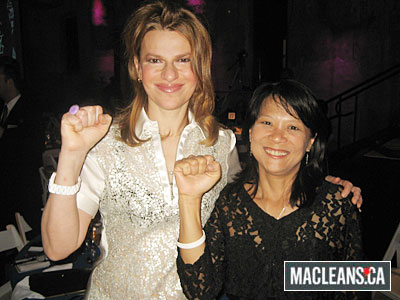 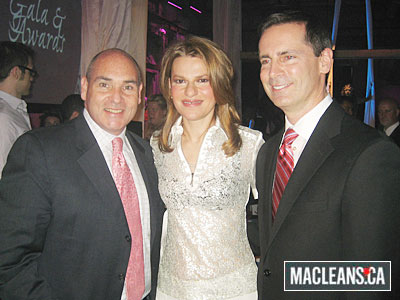 John Tory with a rainbow puff. 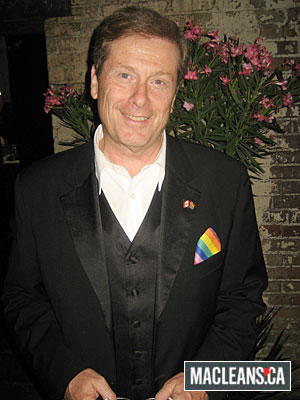 Pamela Taylor, a candidate with the provincial Tories, appreciates some satyr. 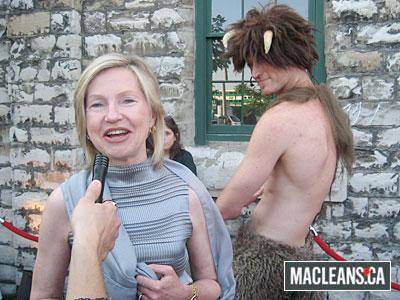