MPs get close with statue: Genies coming to Ottawa

As part of the lead up to the Genie Awards in Ottawa on April 4, Susan Smith of Bluesky Strategy Group has been schlepping a giant Genie statue all over the Hill and getting folks to pose with it. There was a even a special screening in the Speaker Peter Milliken’s dining room of clips of some of the films nominated where folks like Newfoundland Liberal MP Scott Simms (below) got to pose with Genie. 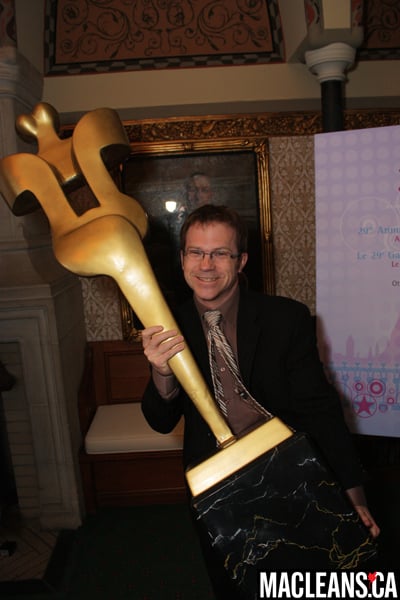 Heritage Minister James Moore and Sara Morton, CEO of the Academy of Canadian Cinema and Television. 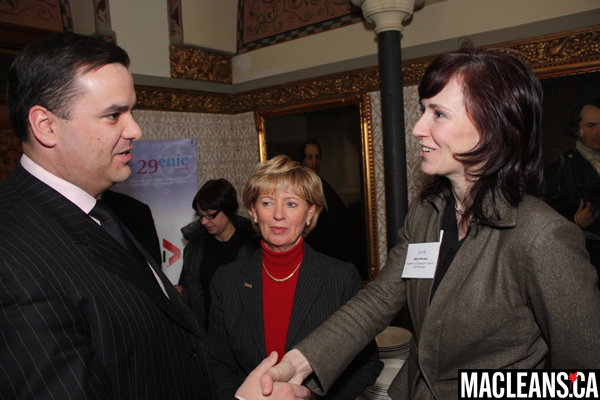 Morton with Marie Lemay, CEO of the National Capital Commission. 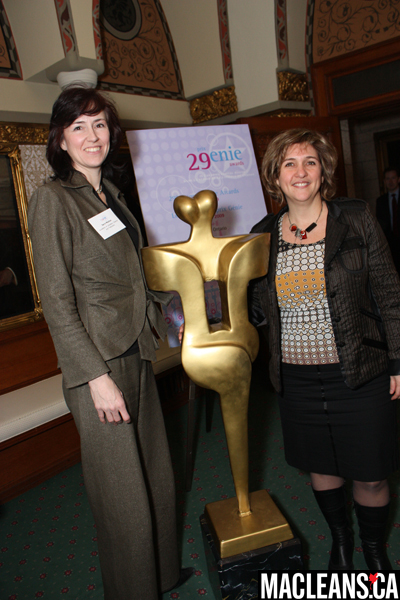 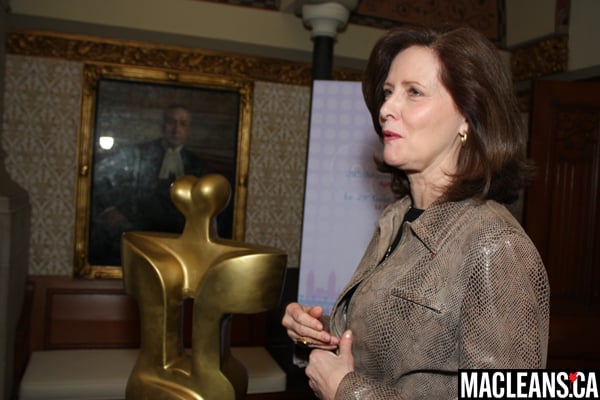 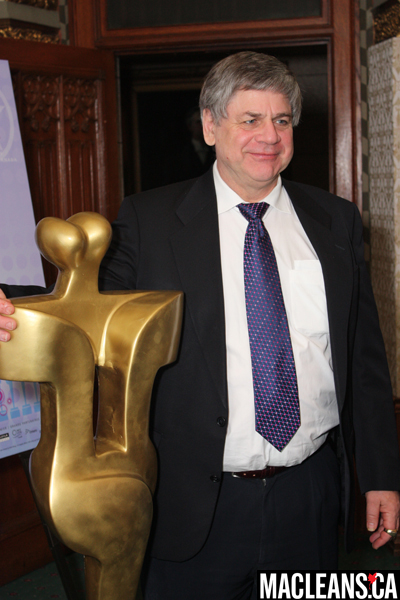 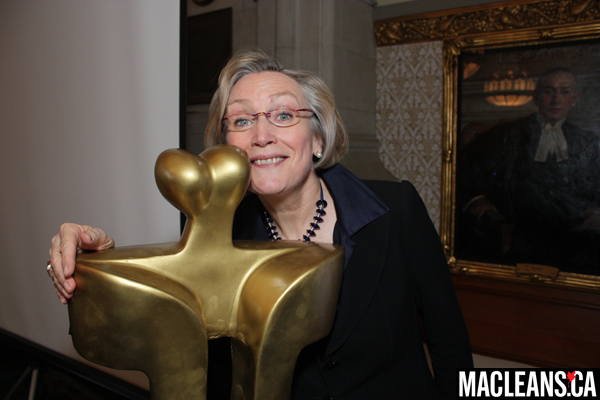 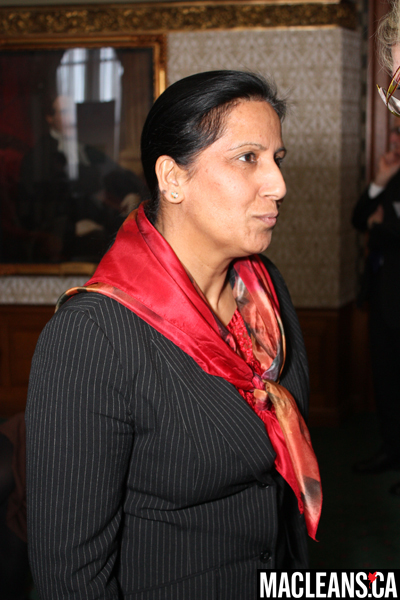 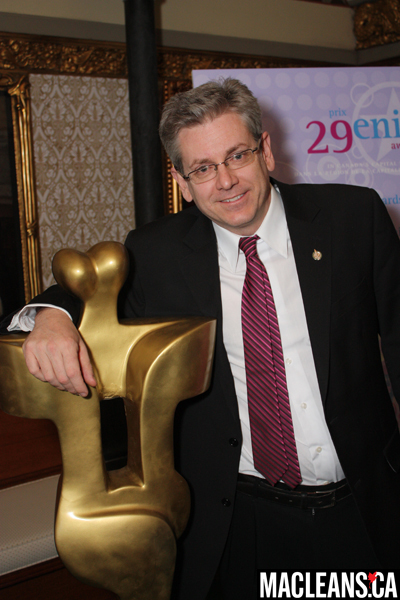 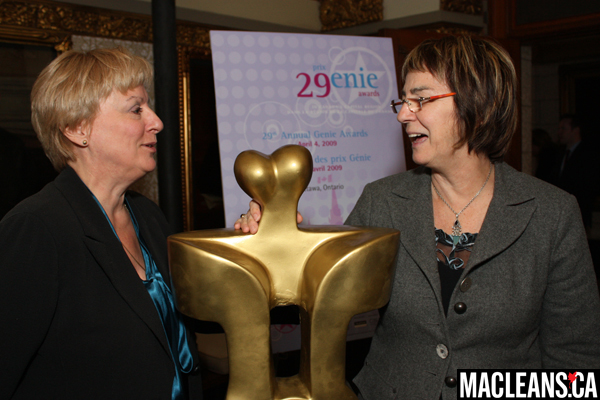 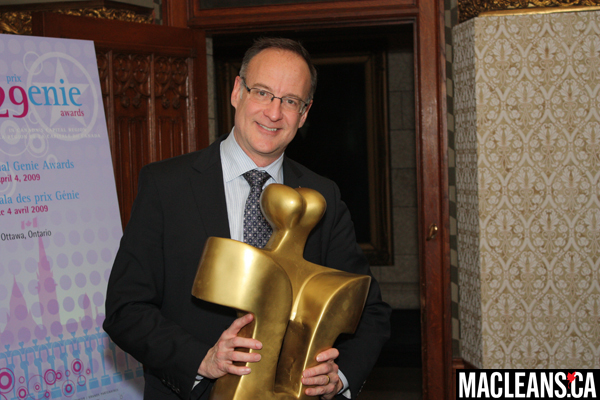 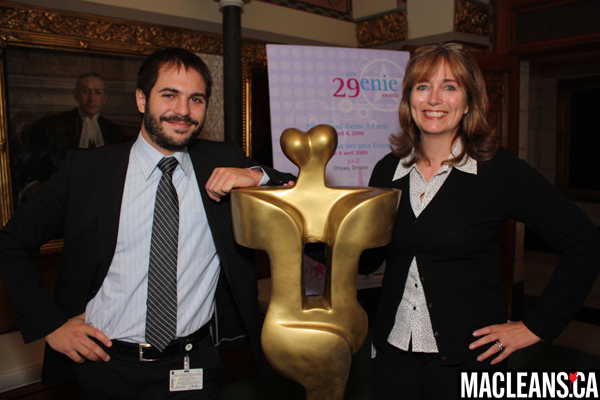 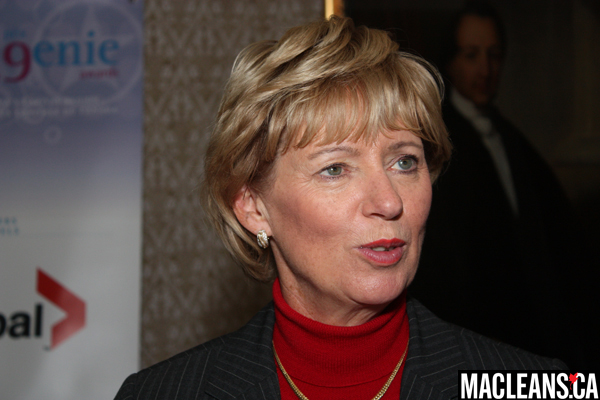