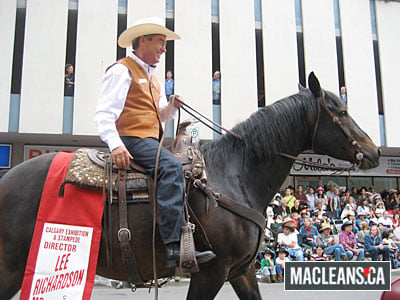 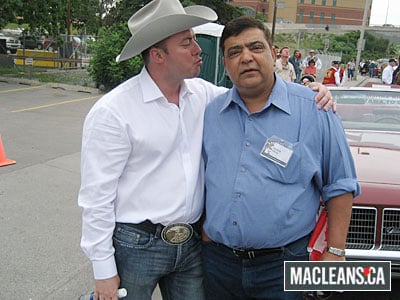 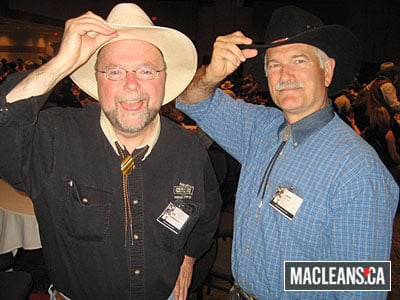 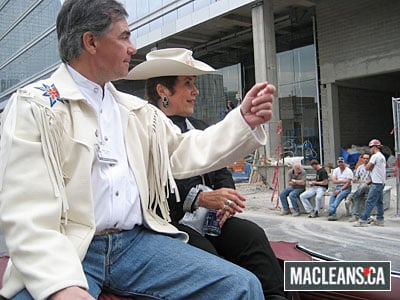 Below were the music choices in Jim Prentice’s parade vehicle. The Industry Minister was driven in a 1974 Oldsmobile Delta ’88 Royale convertible. 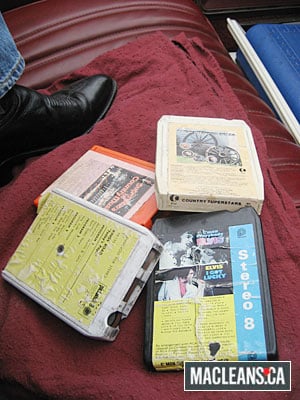 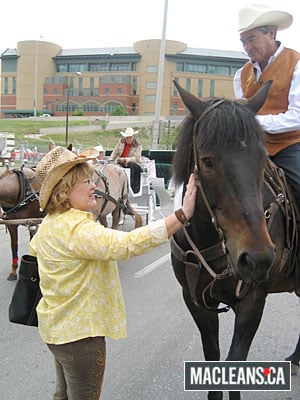 After the parade a few folks chilled on a patio. 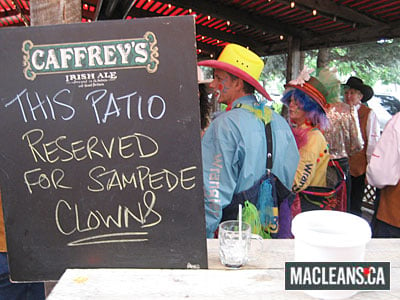 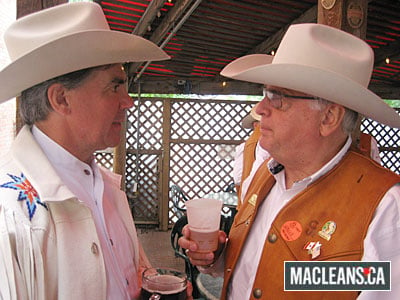 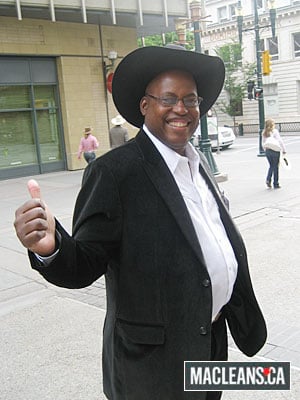 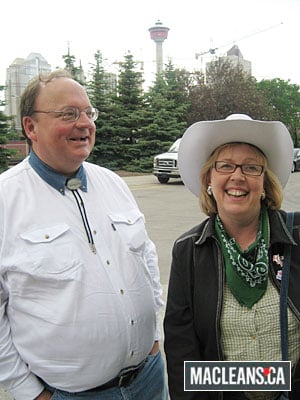 May with the RCMP. 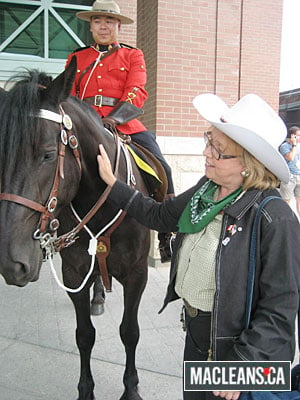