On the evening of the Throne Speech, Speaker Peter Milliken held his annual Robbie Burns dinner. 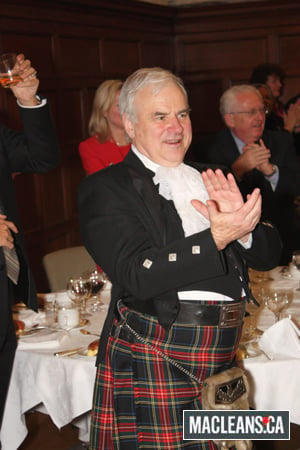 Former NDP MP Bill Blaikie came back to Ottawa to address the haggis. 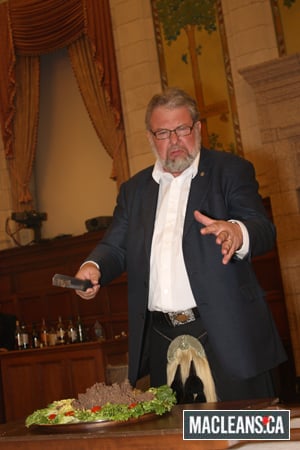 His son, Daniel, was also there. 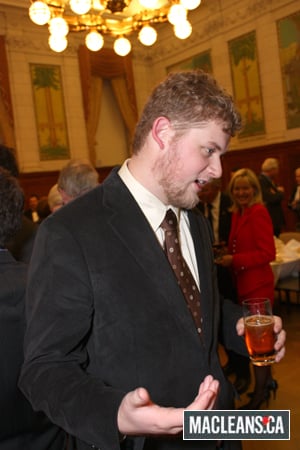 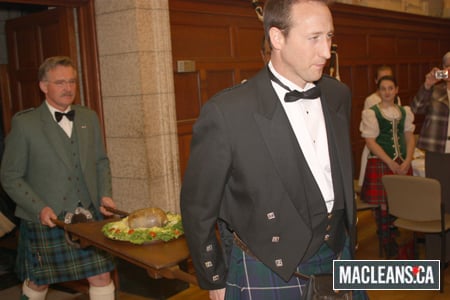 Toronto Liberal MP Martha Hall Findlay sported plaid earrings. She is joined here by Peter MacKay and Vic Toews, the President of the Treasury Board. 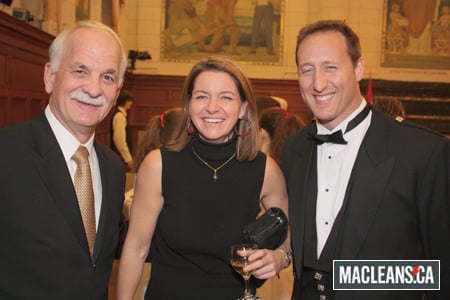 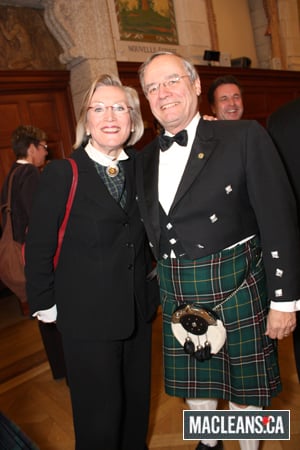 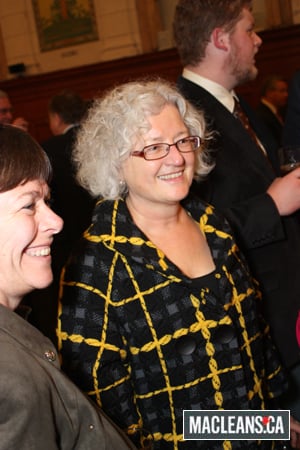 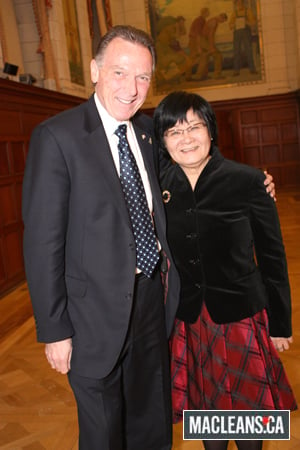 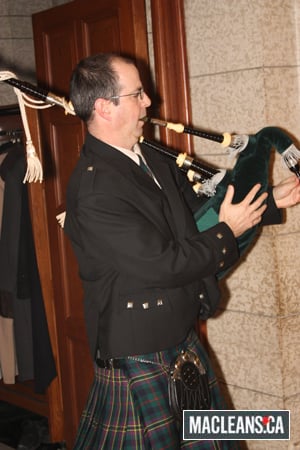 Earlier in the day the flags were prepared for the Throne Speech and the floor was cleaned. 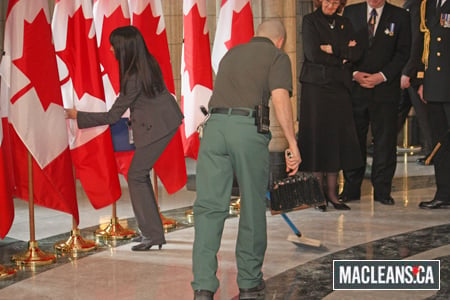 Stephen Harper waits for the GG. 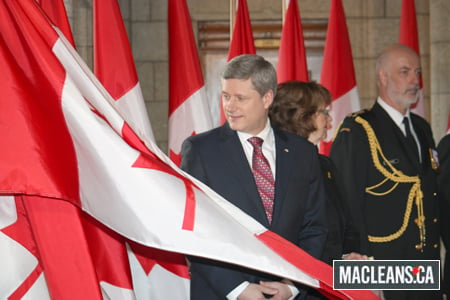 Michaëlle Jean in some fine boots. She changed into shoes before she got into the Senate. 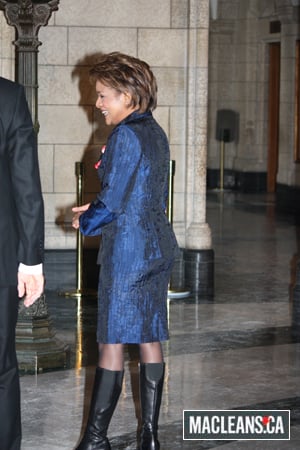 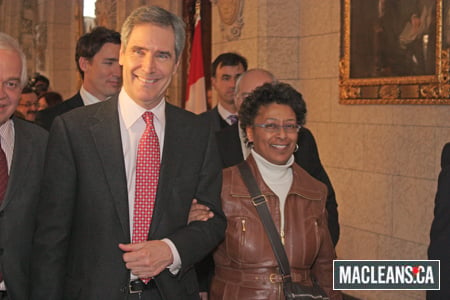 Senator Mike Duffy with his children. 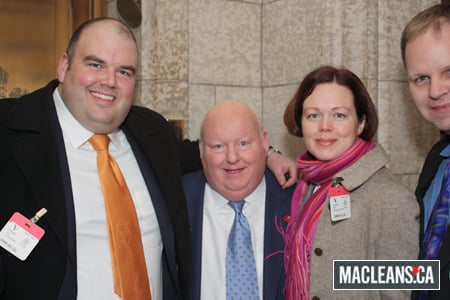 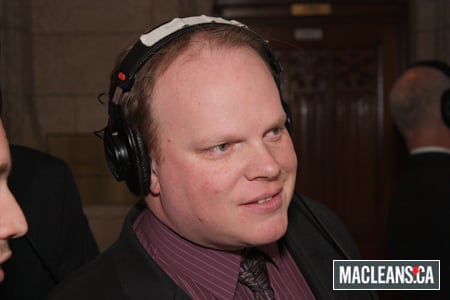