The Multiple Sclerosis Society of Canada was in the House foyer pinning carnations on MPs and collecting donations as TV cameras filmed the parliamentarians entering the Commons. Bloc leader Gilles Duceppe had no money on him so had to ask his aide to toss some cash into the box. 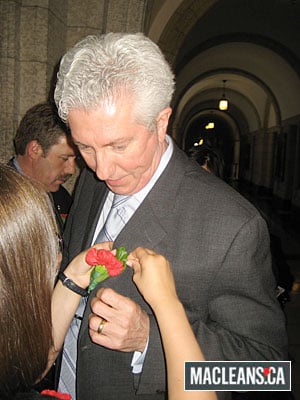 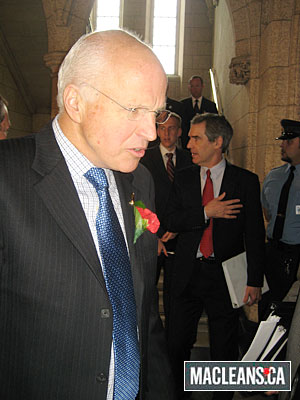 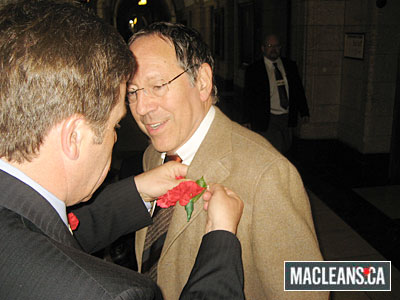 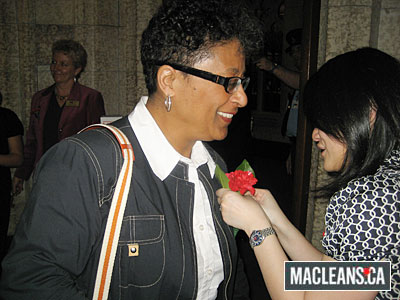 Environment Minister John Baird wears his red carnation. When it comes to flowers he is non-partisan. 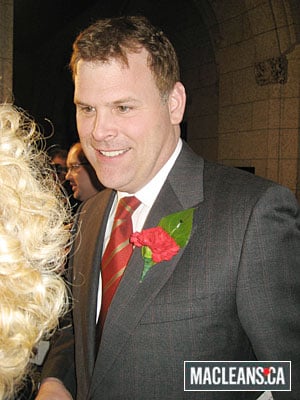 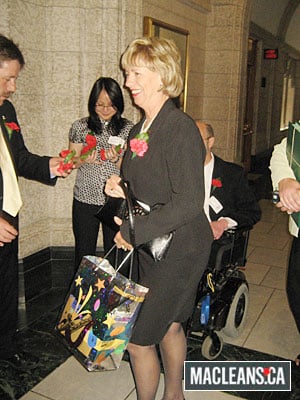 NDP leader Jack Layton got pinned and shows them the money. 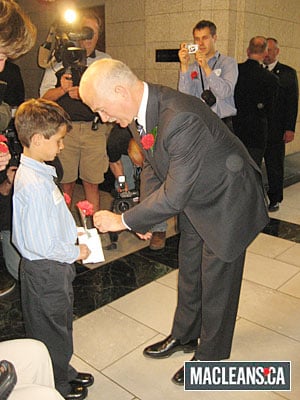 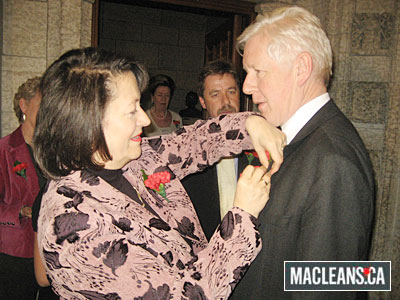 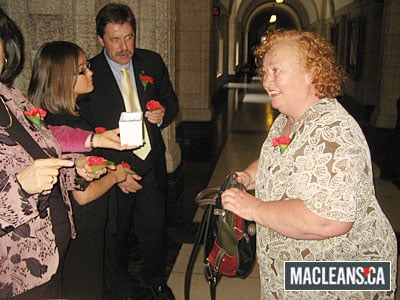