The House of Commons pages once again took on MPs at their annual soccer match. The MPs were triumphant, winning 5 to 4. 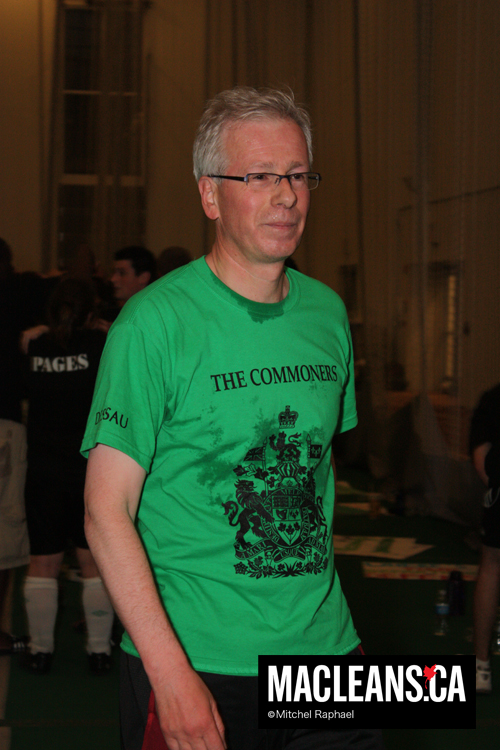 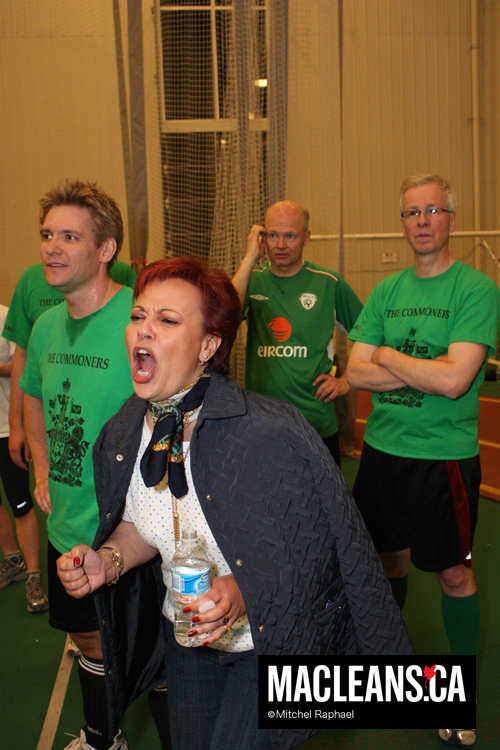 Toronto Liberal MP Martha Hall Findlay. She scored 2 of the 5 goals including the winning one. 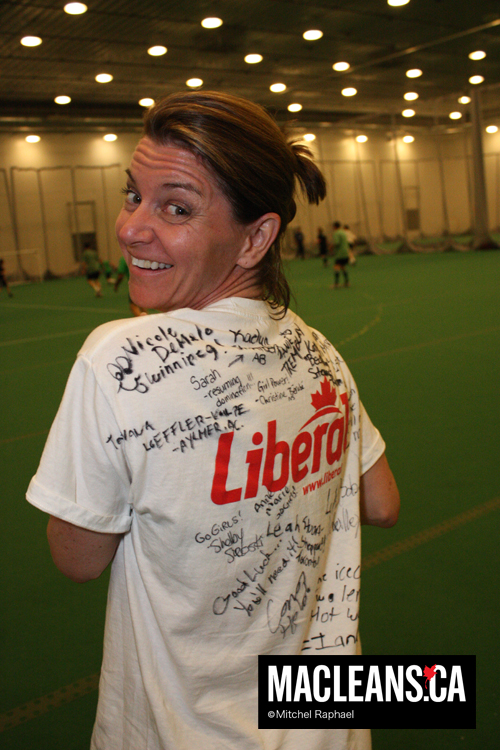 Hall Findlay was also voted MVP of the game on the MP side. 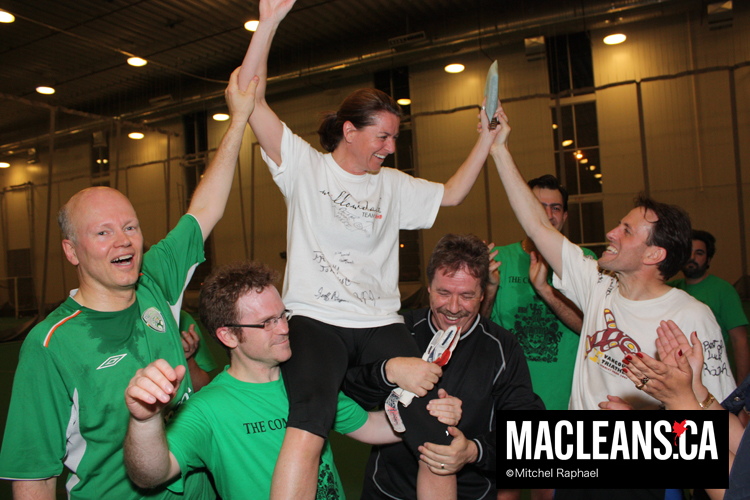 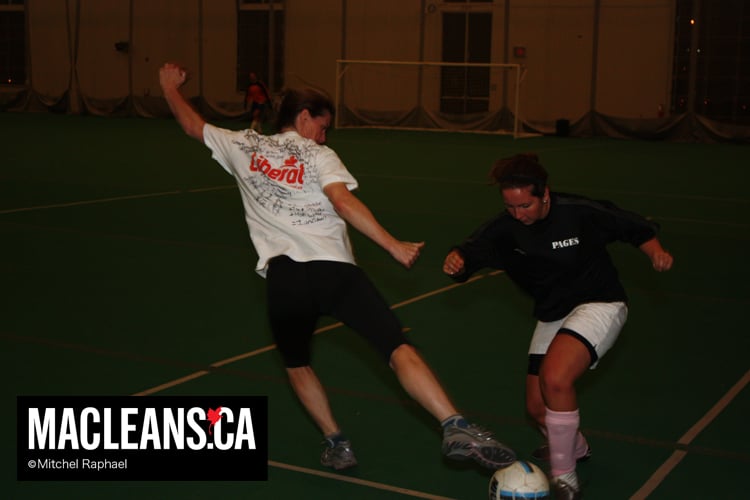 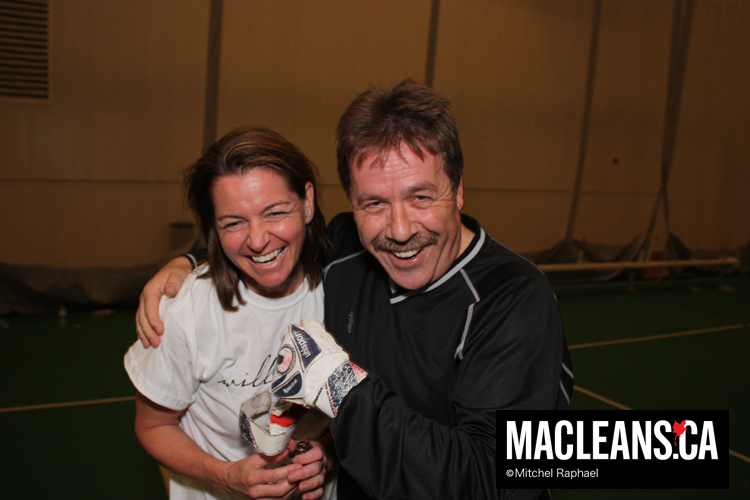 Hall Findlay and a page. 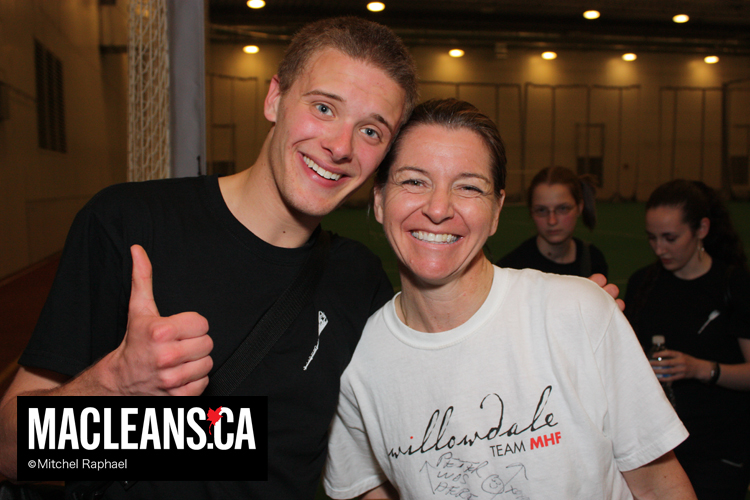 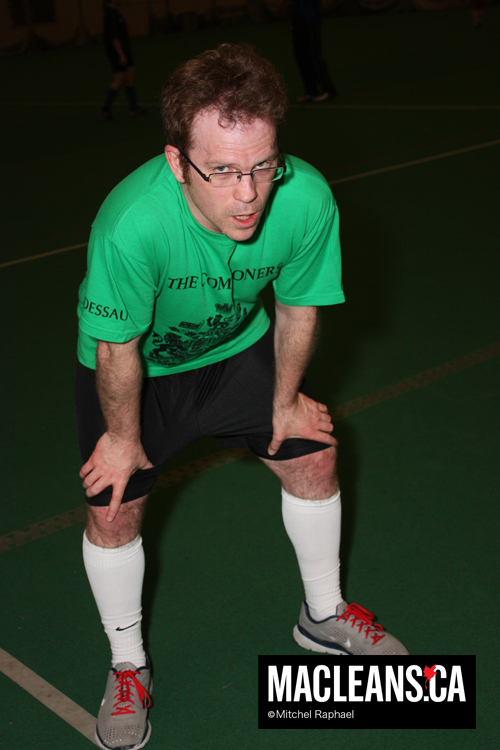 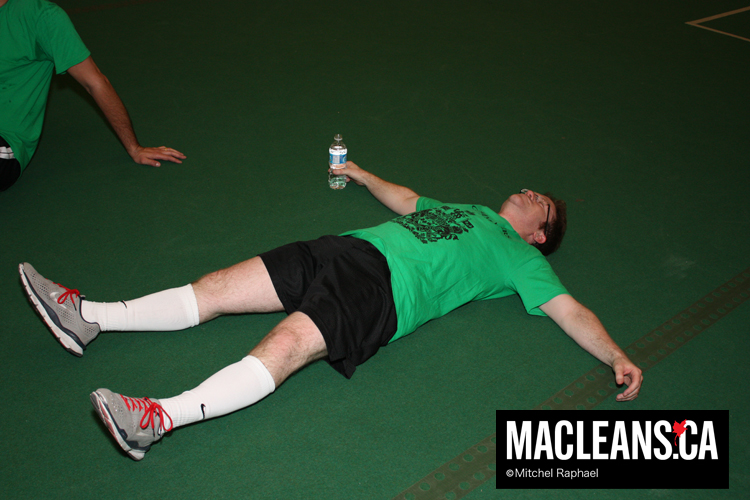 Winnipeg Tory MP Shelly Glover, who was a soccer coach for many years. 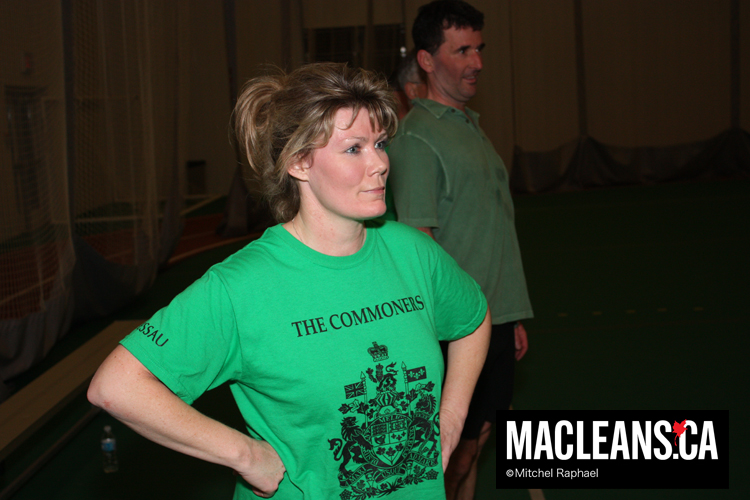 Glover with her fellow MPs. 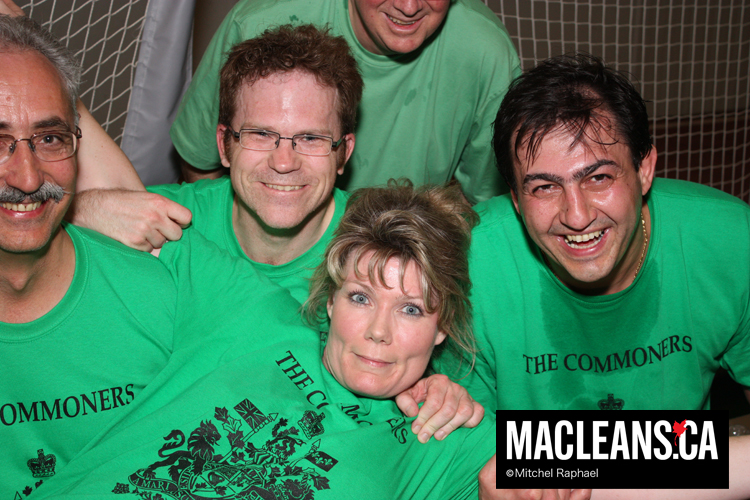 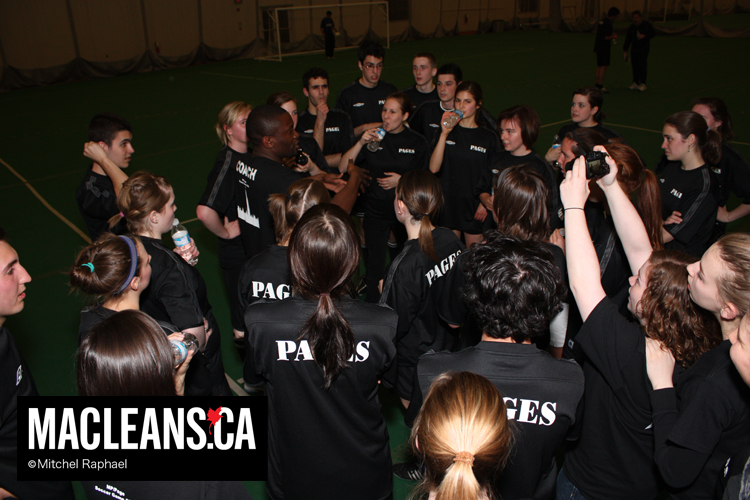 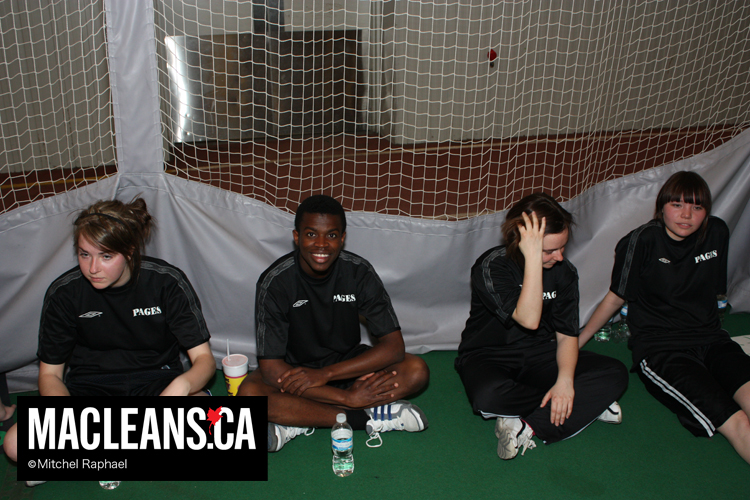 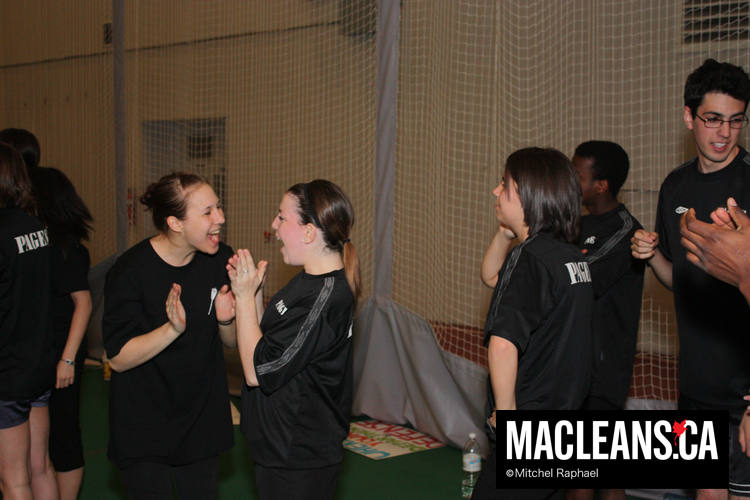 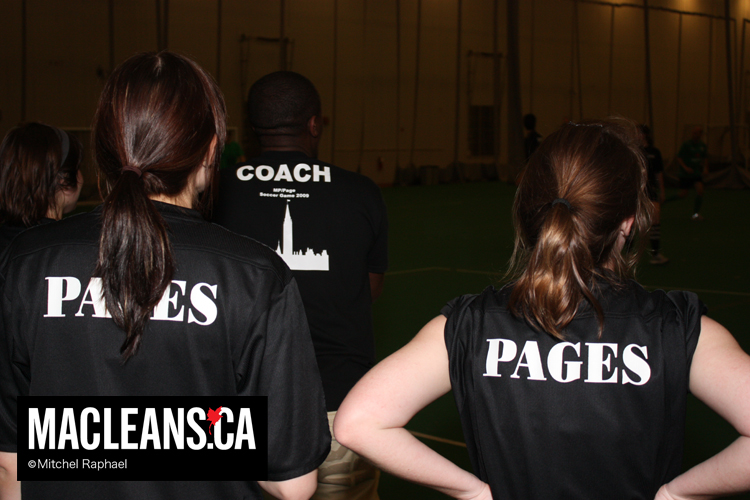 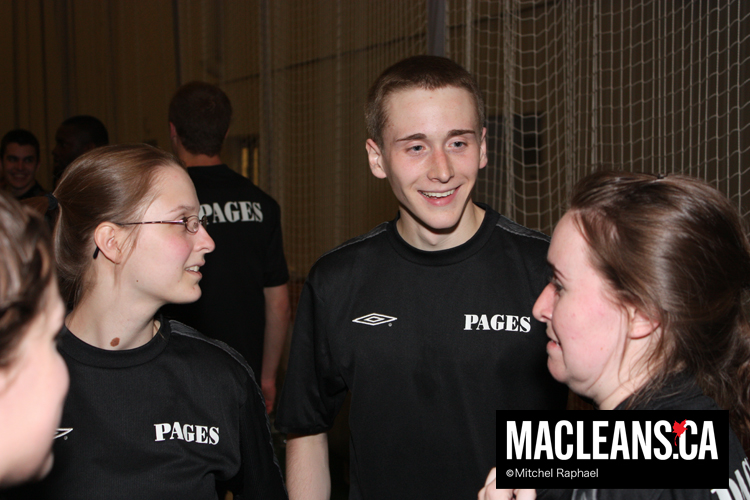 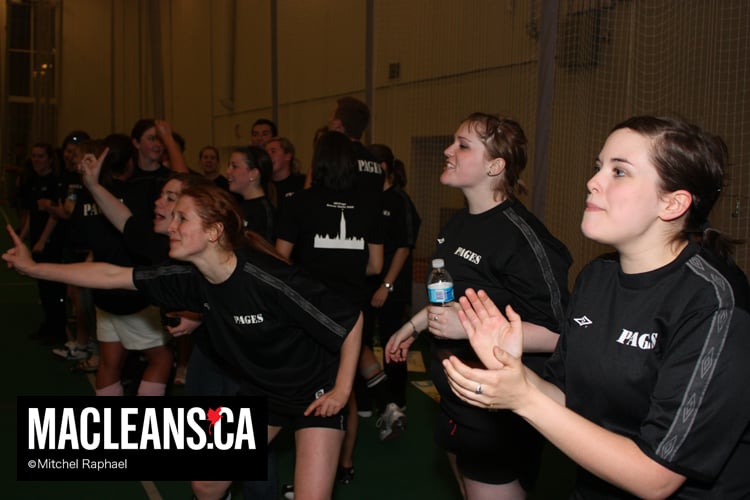 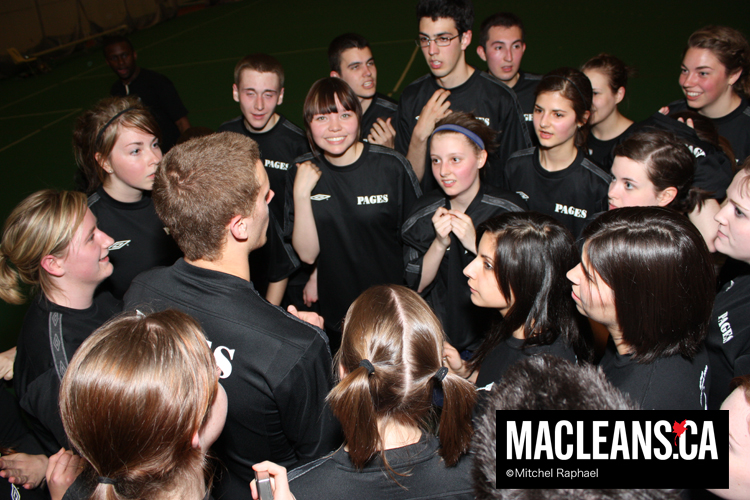 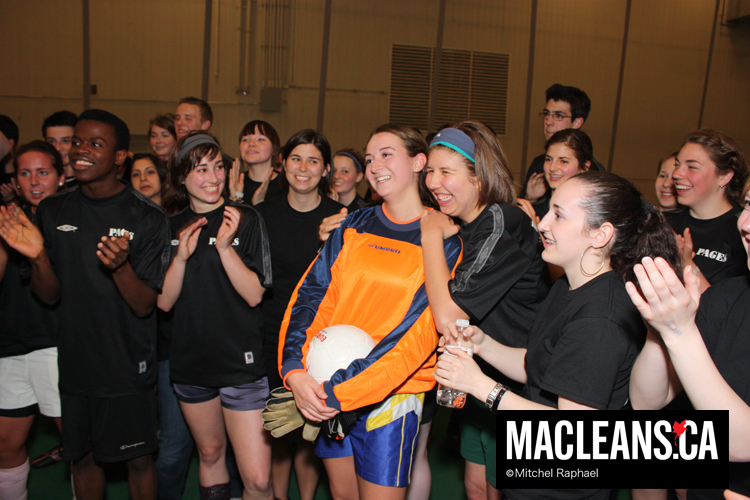 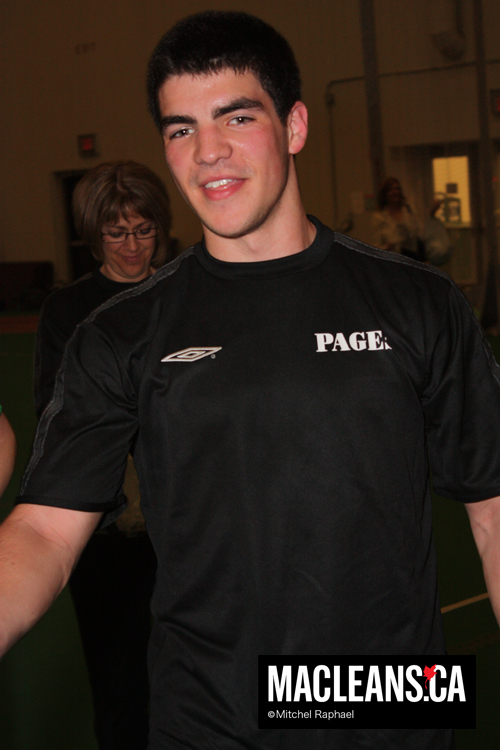 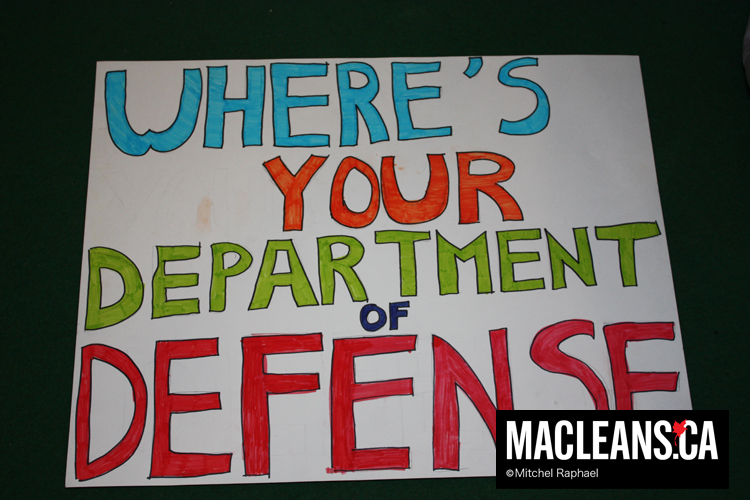 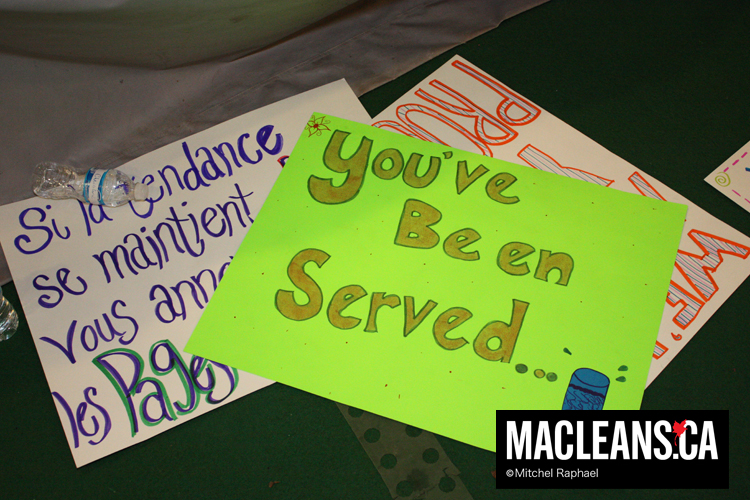 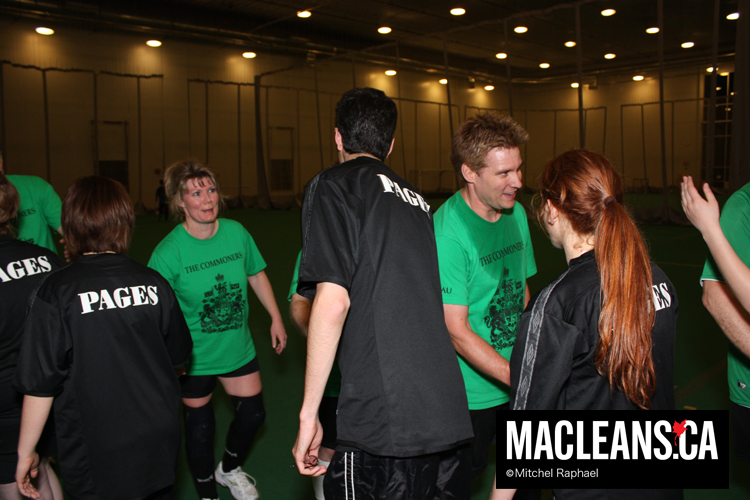 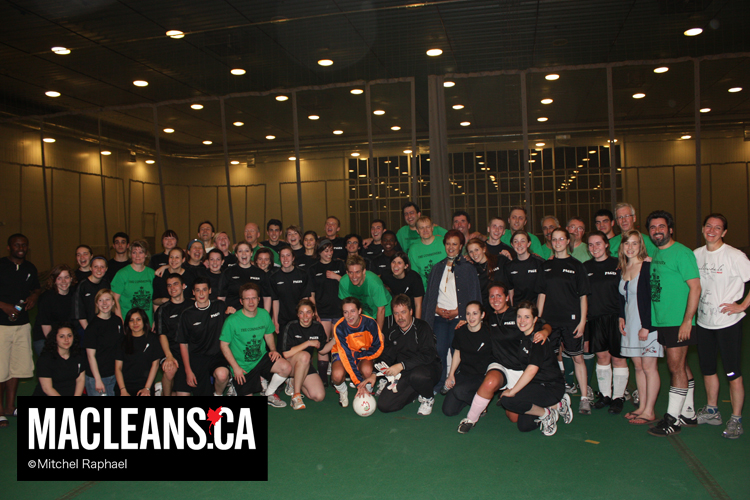 Snacks after the big game. 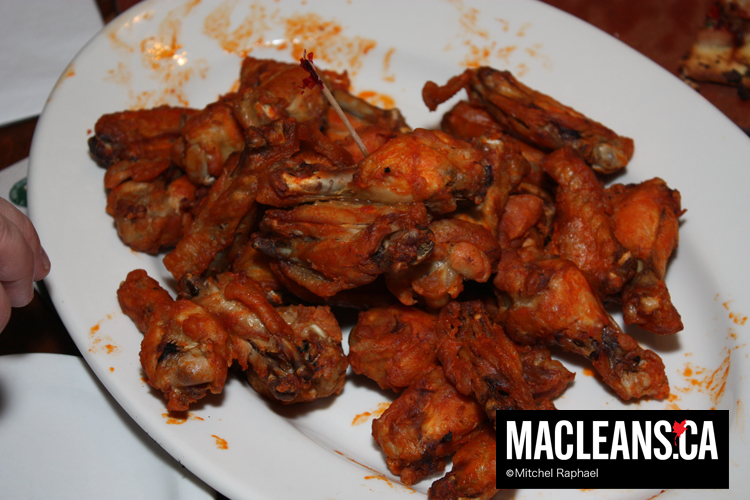 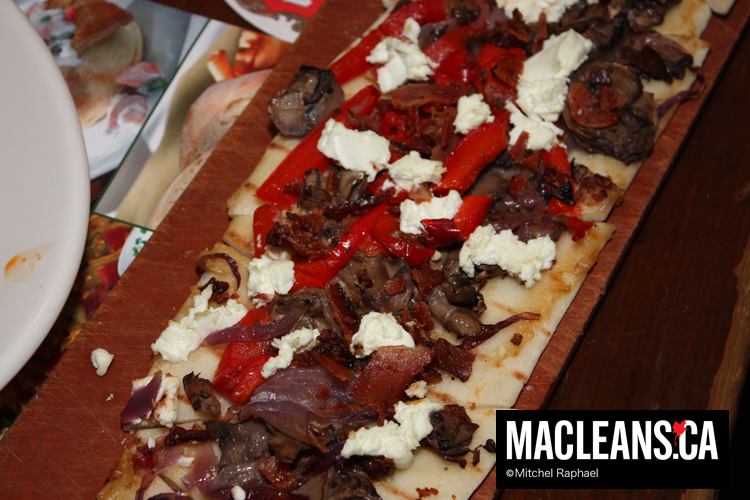 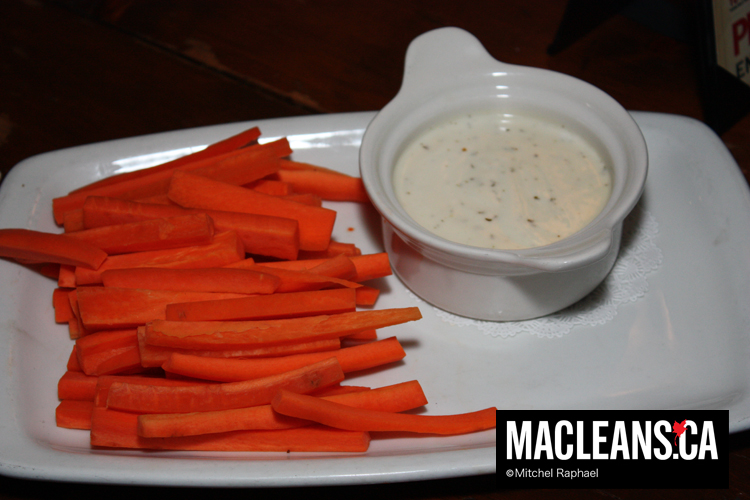 Scott Simms takes in some wings. 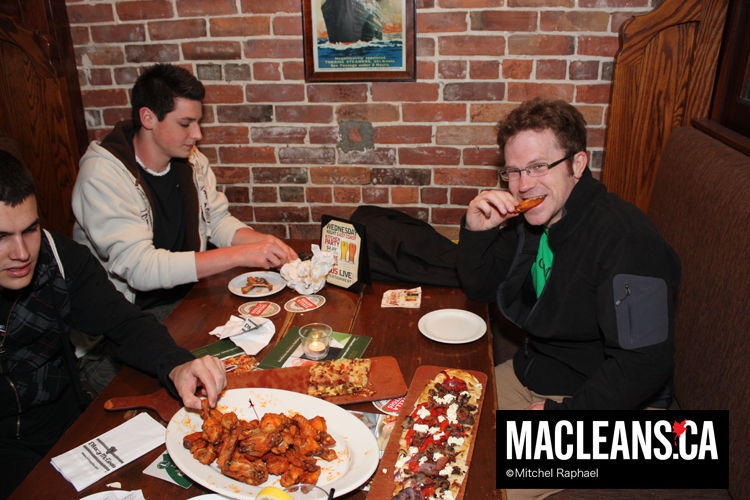 The referee for the game was Nicolas Desforges, who plays soccer himself and also works in the Parliament Hill gift shop. 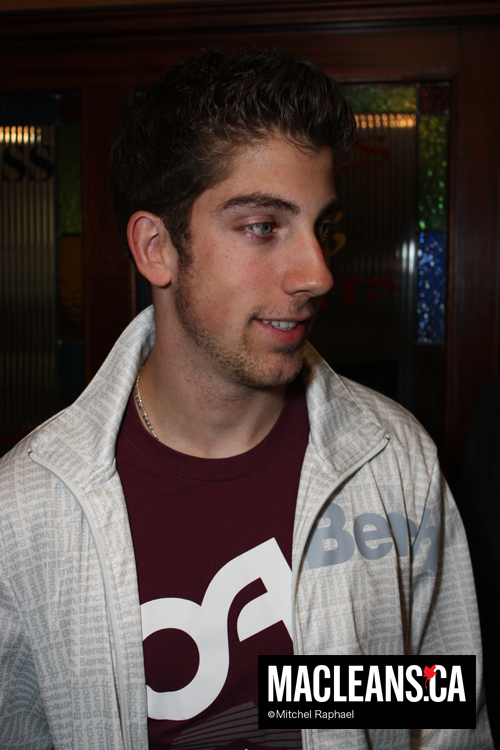