The left wing indie media news site www.rabble.ca held a party at the Steam Whistle brewery in Toronto to launch the redsign of their website. NDP MPs and candidates in the last election were out in force. Below is Toronto NDP candidate Marilyn Churley (left), former MP Peggy Nash (centre), who lost to Liberal Gerard Kennedy, and Montreal’s Anne Lagacé Dowson (right), a CBC radio host, who lost to former astronaut Marc Garneau. 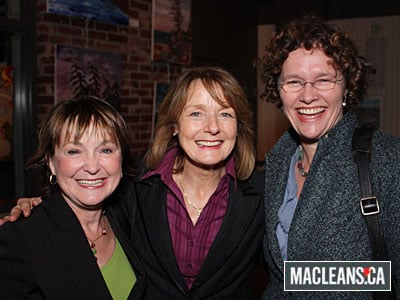 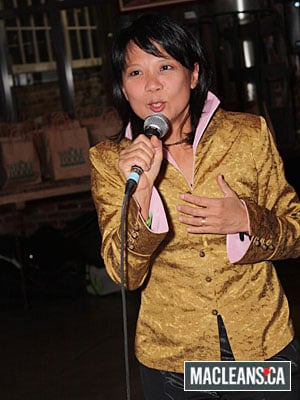 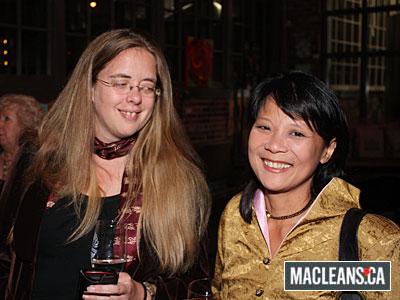 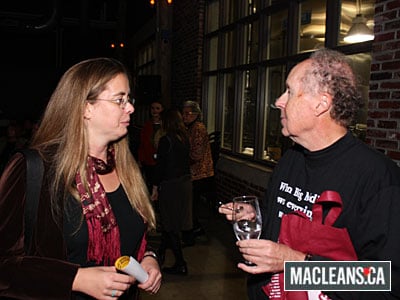 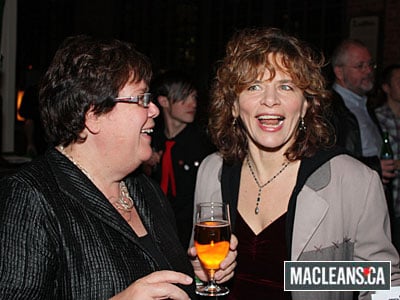 Davis goes for the neck chop. 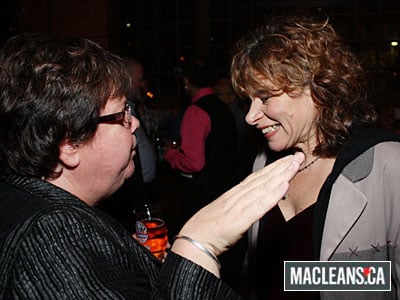 The silent auction at the event had a calendar donated by Davies. 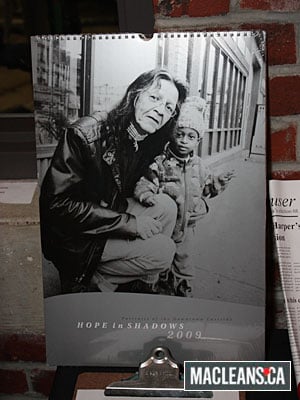 Rick Mercer “stuff” (hats, shirts, and mugs) was on the auction block. William O’Connor, a 13-year-old fan from Halifax, bought it all for $140. 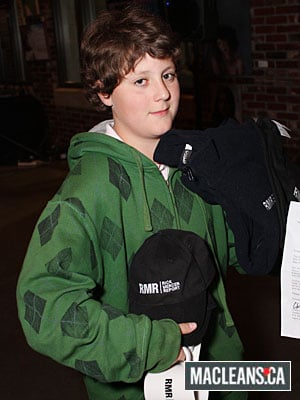 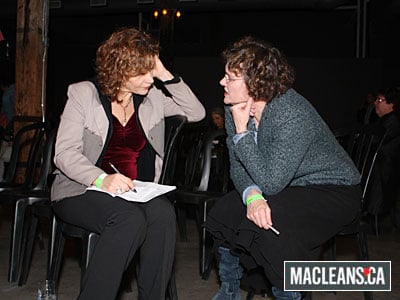 El-Farouk Khaki, the NDP candidate who faced-off against Bob Rae in Toronto Centre. 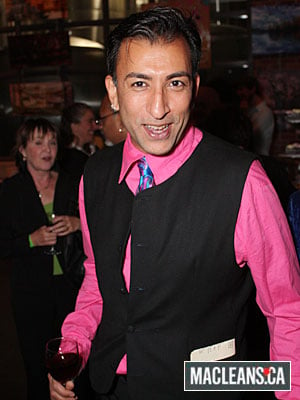 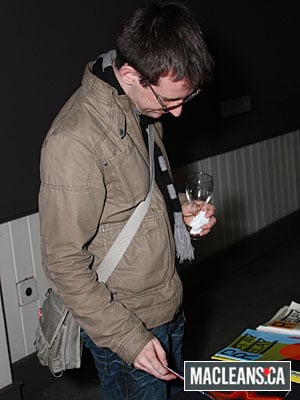 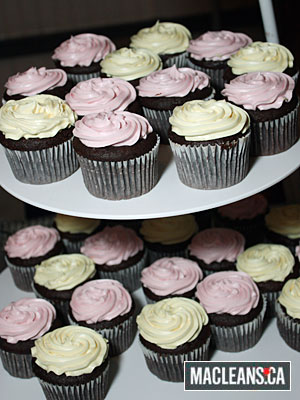