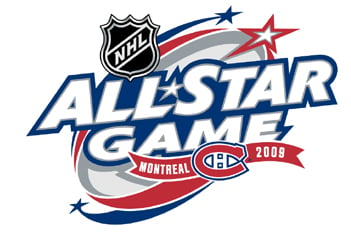 Folks, I’m as pumped about the Habs centennial as the next guy. But when six of the seven Montreal Canadiens on the All-Star ballot are leading the vote their categories, even nutters for La Sainte-Flanelle like me have to admit the system has gone pear-shaped. This isn’t ballot-stuffing. This is a cyberfarce that risks turning the mid-season classic into an exhibition game for the host team. Saku Koivu has three times the votes Ovechkin does in the Eastern Conference. He’s got double Alex Semin’s total—and Semin’s the hottest forward in the league, with 27 points to Saku’s 13.

You could blame this on the NHL’s all-too-gameable online voting system, which opened for business yesterday. I blame it on the league’s skewed fan base, which confers an obvious advantage on big-market Canadian teams whose fans are foaming-at-the-mouth crazy about their finally-competitive club (the fact that Tomas Kaberle is the sole Toronto player in the top 10 in his position tells you only that the so-called “Leafs Nation” is in hibernation for the season).

This doesn’t mean the game will be devoid of other stars. The three forwards, two defencemen and one goalie from each conference receiving the most votes will comprise the starting lineup; the rest get hand-picked by the NHL’s Hockey Operations Department, in consultation with the teams’ General Managers. But I must ask: won’t it be a bit much if the starting lineup for the East is comprised entirely of Habs, as it would be if the game were played tonight? Does Alex Kovalev really merit a spot in that lineup based on his performance to date? Why is Jay Bouwmeester, who averages 29 minutes on ice per game, nowhere to be seen in the top 10 d-men?

Isn’t this getting just a little goofy?