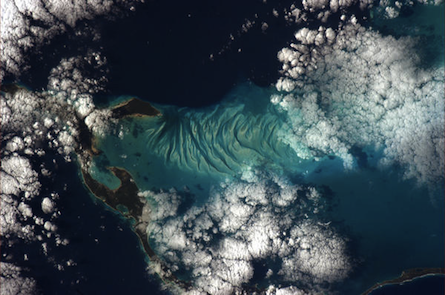 A geography instructor at a Nova Scotia community college was so impressed with Chris Hadfield’s photos from the International Space Station that he has combined them into one single, interactive online map.

Hadfield, who became the first Canadian to command the International Space Station on March 14, has been a prolific social media user since arriving on the station. He has tweeted hundreds of awe-inspiring images from his orbit around Earth. The map allows users to see where each photo is on Earth and to click through to view the photo and read Hadfield’s comments.

Dave MacLean, who teaches computer mapping at Nova Scotia Community College in Lawrencetown, told Postmedia that he saw all kinds of “cool pictures” from Hadfield and he wanted to collect them all in one place. “Wouldn’t it be nice to have a catalogue of where they are?” MacLean said.

It would indeed. Check out the map for yourself.