Obama must reset the agenda

Can his Congressional address on health care be a game changer? 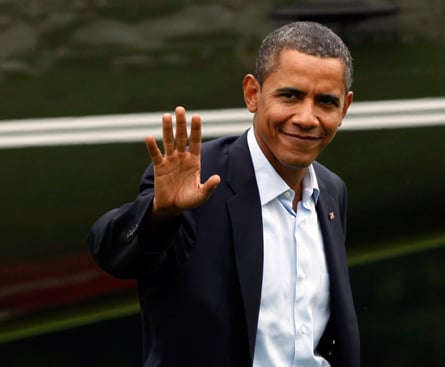 By all indications, this will be a crucial week for the Obama administration and its proposals for health care reform. Obama must regain control over the initiative after what can be charitably described as a tough summer. While most assessments of Obama’s performance were generally favourable through the first six months, it fair to say that the realities of governing are far more complicated than running for office. His poll numbers are now in a steady decline on key issues and, while Obama’s overall job approval rating remains over 50%, it is obvious the honeymoon is over.  It is time for the White House to reset the agenda.

Up first this week is Obama’s address to schoolchildren beginning the new school year. As Canadians, we are not accustomed to political leaders addressing kids on the first day of school. If it were to happen, we would turn it into a constitutional and jurisdictional issue. But in America, where the president is both head of state and chief of government, he is also held up as a model for the nation’s youth. Reagan and both Bush presidents addressed students at both the elementary and high school levels in different venues with little controversy. That Obama chose to address students on the first day of school to discuss the importance of staying in school and working hard should be applauded. His own life story should serve as inspiration to any child, whether they are a part of a Republican or a Democratic family. Some groups, however, believe otherwise, and have chosen to turn this initiative into a political football and attack the Obama political agenda.

As a parent (and a Canadian to boot), I can sympathize with parents who are worried about a politician using the presidential pulpit to speak to impressionable children. That the Department of Education chose to add a lesson plan where the children would be asked to write a letter to help the president with ideas was not a wise move—and it was fortunately withdrawn. This being said, some school districts and parents’ groups have gone over the top, labelling Obama a socialist propagandist and threatening to keep their children away from school. The growing presence of the lunatic fringes on both the right (led by Pastor Steve Anderson of Arizona praying for the president’s death because “he hates Obama”) and the left (led by Lyndon Larouche and his acolytes distributing posters depicting the president as Hitler) makes one hope that extremists will soon come to embrace good old fashioned values like individual responsibility, hard work, and getting a good education—the exact message Obama intends to deliver on September 8.

Next comes Obama’s Congressional address on healthcare. The president will be speaking to legislators in both Houses against a backdrop of a sharply polarized debates on his number one domestic priority. This is quite possibly his most important address since his response to the Reverend Wright controversy back in April of 2008. Back then, he delivered what became a game changer and convinced many that his upstart candidacy was indeed presidential. The White House, in its obsession not to repeat Bill Clinton’s mistake of foisting a specific reform package onto Congress, may have pushed things too far in the opposite direction, allowing the spread of confusing messages that were open to rumour- and fear-mongering. This blog has for the past several weeks argued in favour of direct presidential intervention with key legislators, just as LBJ did so effectively in the 1960s during debates on civil rights and Medicare. The White House also needs to present a simple but specific plan of reform, one endorsed by the president himself. Obama has hardly been aloof, holding town hall meetings of his own, and many interest groups opposed to the Clinton reform are now supporting the latest reform thrust. In recent weeks, Obama has also reached out to legislators on both sides to find ground for compromise, albeit with very limited success. In the meantime, he lost his best congressional ally with the death of Senator Edward Kennedy.

The task is especially daunting because Obama holds dear the prospect of a bipartisan solution. The polarized nature of politics in America, where Republicans are under the control of far-right elements as opposed to the traditional moderate elements of the party, makes it difficult to achieve. They cannot and will not produce a true bipartisan solution. A second factor making it difficult is the split within the Democrats between liberal-progressives on the left and the Blue Dogs who come from more conservative constituencies. Finally, the real elephant in the room is the economy: judging by the jobless rate, the recovery has so far been slow, and government debt is at historic levels. Had the economy stayed strong, given the Democratic numbers in both houses and the popularity of reform efforts, it seems likely Obama’s message would have carried the day by now. However, the original approach will not succeed and the White House obviously knows it.

The president won a clear mandate for change last November. He has acted accordingly in tackling the most important problem that he inherited: the struggling economy. Spending on stimulus and bailouts began last fall under Bush and was aggressively pursued under Obama. Now, We are no longer talking about the possibility of a “depression” or the collapse of the financial system, and all indicators show the beginning of recovery. On foreign policy issues, Obama has adopted new strategies for Iraq and Afghanistan with admittedly mixed results. But in doing so, and with his work on other issues like torture, he has reignited U.S. allies’ belief in an America that cherishes diplomacy and multilateral partnerships. His moves on global warming and energy are two more examples that Obama is moving his country in new directions. But his place in history will not be solely evaluated by the amount of legislation or new policies he enacts. Obama will be judged by how he exercised his leadership in times of adversity. He may not achieve all he wanted on health care and certainly will not get unanimity within his own party or much GOP support in the process. But if he improves the lot of the uninsured and corrects the inherent faults associated with existing health plans, then he will have shown that the “the perfect is not the enemy of the good.”