On the ethics and anguish of the CRISPR craze

Editorial: Genetic research may be speeding ahead in China, but the human genome still has a trick or two up its sleeve 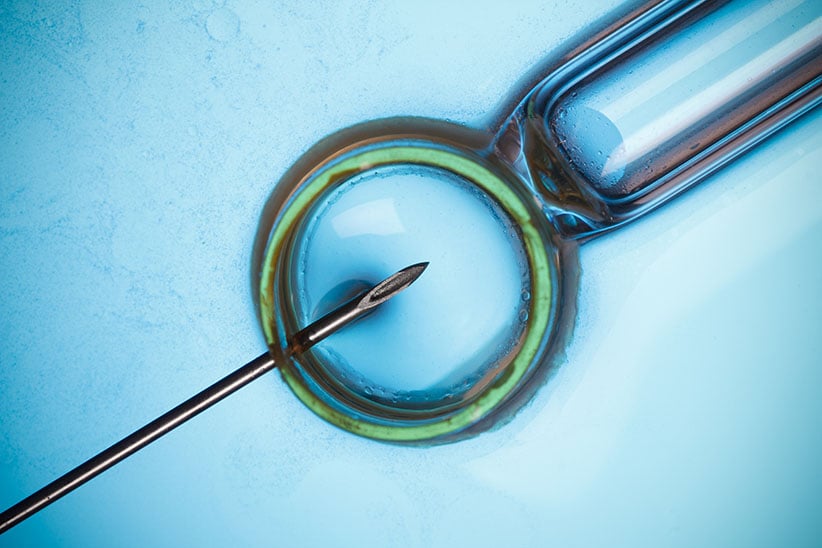 CRISPR: it’s not just for salad anymore. On the supposition that some readers are meeting this acronym for the first time, let us note it stands for “clustered regularly interspersed short palindromic repeats.” CRISPRs are short, naturally occurring sequences in DNA that geneticists discovered around the turn of the century. Just a couple of years ago, they discovered something else: CRISPRs could be used in combination with an enzyme called Cas9 to perform very fine-grained editing of DNA sequences, down to the level of individual base pairs.

All pre-existing gene-editing techniques instantly seemed pathetic and clumsy; science had leapt toward the dream of infinite customization of the genome, including the possible deletion of genes for inherited diseases like hemophilia or cystic fibrosis. When geneticists mention “CRISPR,” they are talking about a new human ability to edit genes almost in a typewriter-like fashion. CRISPR techniques are also fast, cheap, and easy. This is not a discovery like magnetic resonance imaging—something that remains expensive and scarce 40 years after proof-of-concept. CRISPR is already being commercialized on many fronts, with Nobels kept warm for its pioneers.

The first effort to use CRISPRs for gene editing was reported in August 2012. By January of 2014, Chinese scientists had successfully created the first live primates gene-edited by means of CRISPR—a pair of cute, crab-eating macaques named Mingming and Ningning.

You are probably thinking that anything they can do to monkeys can probably be tried on humans. You would be right. The CRISPR craze in genetics has already led to anguished discussion about the proper ethical limits on experimentation with human tissue. Attempts to edit genetic disorders out of human cells began right away once the genie was out of the bottle. But for a short while nobody seemed ready to cross the boundary and begin experimenting on inheritable DNA in human embryos. There were whispers of papers being in pre-press, and statements of concern in important journals.

Now the step has been taken. A team at the Sun Yat-Sen University in Guangzhou (once known in English as Canton), led by Junjiu Huang, reported on April 22 that it has CRISPR-edited human embryos in an attempt to remove a gene for beta-thalassemia, a disease that interferes with the production of red blood cells.

The Chinese paper, which appeared in the journal Protein & Cell, set off an alarm in the international research community. Leading Western figures in genetics know that their consensus on basic principles of bioethics does not necessarily reach across the Pacific. If the Dutch and the Russians and the Americans agree not to edit the DNA of human embryos, that only makes the incentive for Chinese researchers to bid for progress and new knowledge all the more powerful.

But readers looking for a Chinese Frankenstein will not find one in this paper. Moreover, the boldness of the Sun Yat-Sen team may have actually applied the brakes a little to the unbelievably wild spread of CRISPR experimentation.

Junjiu Huang’s group was overseen by an ethics board and complied with international standards for patient consent. They used donated “tripronuclear” zygotes—products of in-vitro fertilization in which two sperm have fertilized an egg. Fertility clinics would normally discard those embryos; they start dividing at first like normal zygotes, but they stop quickly, and there is no chance of one ever becoming a fetus.

What Huang and his team found, to their surprise, was that the gene typewriter is a bit broken. They succeeded in deleting gene variants that would cause beta-thalassemia, but the typewriter unexpectedly wrote other mutations into the genome outside the target area. Plus, “The gene-edited embryos,” their paper says flatly, “were mosaic.” Different cells ended up with different DNA as the zygote underwent initial cell division, and the embryos would probably not be viable even if they were not tripronuclear.

It is a useful reminder that genetics is moving fast, but rarely in a straight line. CRISPR, to say nothing of yet-unforeseen rival techniques, will change the species if it ever offers the potential to sweep the human genome clear of gross gene defects. But the genome performs a lot of poorly understood balancing between different optimization criteria, and hopes for simple knockouts of curses like Huntington’s disease may never pay off.

As for increasing desirable traits in eugenically customized babies, that is looking further off than ever: better human understanding of the genome is hammering home the point that human features like IQ are the product of many small effects. For the moment, we are stuck “editing” our offspring the old-fashioned way—through mate choice. Everyone should be aware, however, that the moment may really only be a moment.