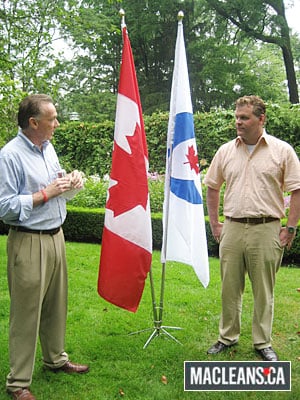 Peter Kent, the broadcaster-turned-Conservative candidate for Thornhill, Ont., held a fundraising BBQ in the backyard of his Toronto-area home that he’s finally moving into after more than two years of renovations. Stephen Harper posters decorated a ladder under a low chandelier so folks would avoid bumping their heads. 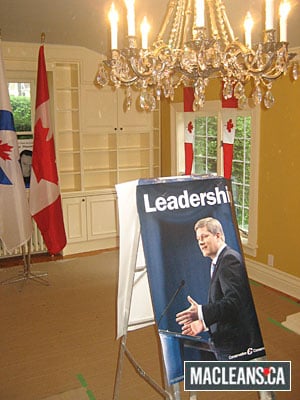 Environment Minister John Baird was the guest of honour, seen here, on the right, with Kent. 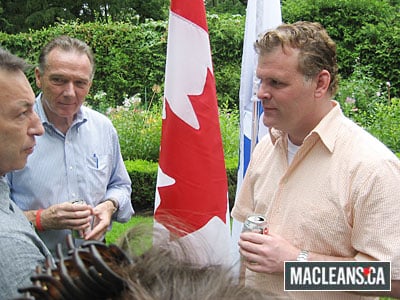 Kent’s house was originally built in 1842. He has received a Heritage Markham Award of Excellence for the restoration work he’s done on the property. 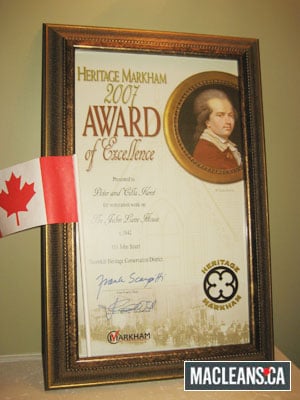 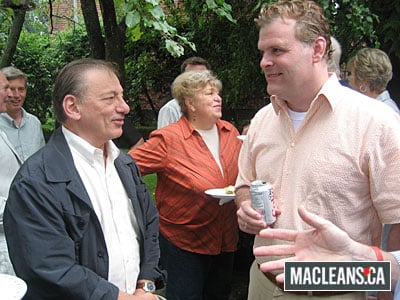 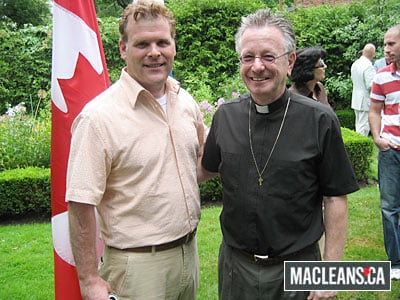 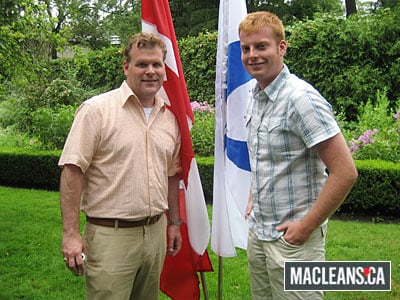 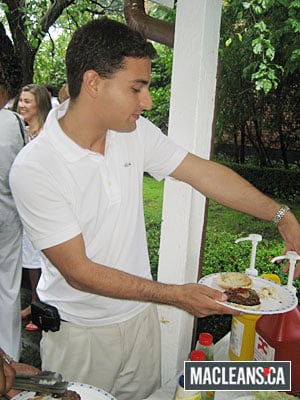 It got smoky under the tent that covered the BBQ. 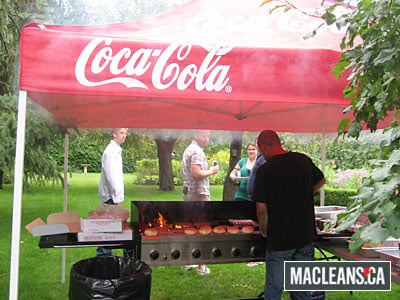 A few of the munchies. 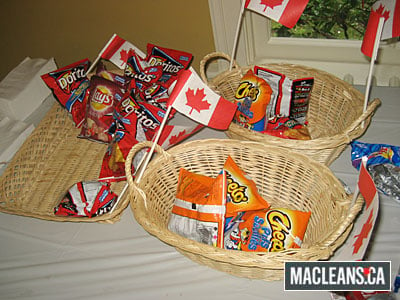 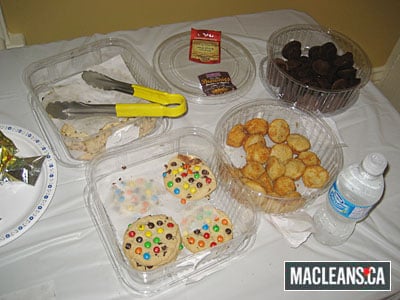