Photo essay: 'Rooftopping' is the new trend in photography 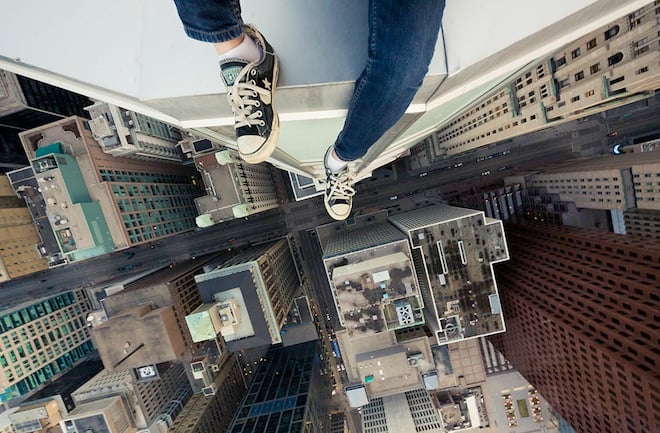 Tom Ryaboi has always been a fan of heights. One night, when he was a young child, his father came home from work and found him sitting on top of the refrigerator, taking in the kitchen from a new angle. Ryaboi’s appetite for height has only grown. At 23, he began sneaking into construction sites and taking photographs from the rooftops and ledges of Toronto’s highest skyscrapers. Climbing up cranes, evading security guards and risking the occasional trespassing ticket, Ryaboi has captured heavenly perspectives and stomach-turning drops rarely seen by anyone. And in his five years of gravity-defying work, he has helped to turn “rooftopping” into a global photography trend. “I like that everyone is making it their own,” he says. “The kids in Russia, in Melbourne, they all do something a little bit different.”

These days, building owners are happy to have the photographer immortalize the view from their rooftops. “Ironically, some of the buildings that I entered on my own have now invited me back to shoot again,” he says.

Although Ryaboi has taken his talents to a number of cities, including Chicago, Detroit and Montreal, he says Toronto is still his favourite muse. “Toronto has more buildings under construction than all of the States combined,” he explains. “Going up an unfinished building, looking for that shot . . . it’s a rush.”