Cuban president Fidel Castro made an appearance in a Havana hotel over the weekend and published an article Monday, quashing rumours that the elderly leader is on his deathbed or already dead.

According to reports from AFP and BBC News, Castro met with his long-time supporter former Venezuelan vice-president Elias Jaua, who said on Sunday that the 86-year-old “is very well, very lucid.”

Jaua also held up a snapshot of a smiling Castro posing with hotel staff, providing further proof that Castro is still around. 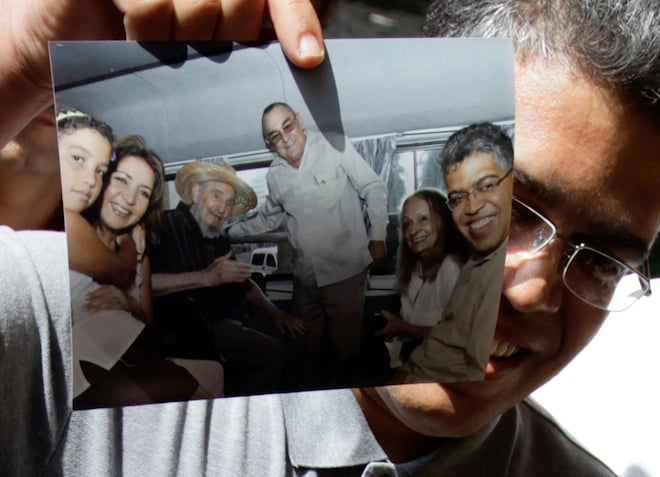 Just in case that wasn’t enough evidence, the state-run website Cubadebate published an article on Monday morning written by Castro himself.

“I don’t even remember what a headache is,” Castro writes in the Spanish article.

Photos accompanying the article show the leader reading a recent newspaper and walking in a garden with the aid of a cane.

Prior to this, the last two Castro sightings were on March 28, when Pope Benedict XVI visited Cuba, and on April 5 when Castro met briefly with with Chilean student leader Camila Vallejo.

His long disappearance from the public eye, combined with a failure to release a statement about Venezuelan president Hugo Chavez’s re-election in October, has fuelled rumours about Castro’s death.

Castro’s appearance comes on the 50th anniversary of the Cuban Missile Crisis and as the country holds its election, in which Castro’s brother and current president Raul Castro voted on Sunday.

Raul Castro took over leadership from his brother in 2006.