Police: Shooter at University of Alberta might be security guards' co-worker

Edmonton police have issued several warrants for a co-worker of the four security guards who were shot at the University of Alberta on Friday, the Globe and Mail reports. The man wanted in relation to the shooting, which left three dead and a fourth guard fighting for his life, is Travis Brandon Baumgartner, an employee at security firm G4S Canada.

“We sincerely believe Baumgartner is armed, he’s dangerous, and we urge the public to use extreme caution,” Supt. Bob Hassel told the Globe.

Not much is known of Baumgartner for now–other than he’s 21 and believed to be on the run in a dark blue Ford-150 truck, according to the National Post.

The Globe filled the rest of the story on the Baumgartner arrest warrants with a recap of the midnight shooting that killed two men and one woman and seriously wounded another man–all employees of G4S Canada–near a student residence on the U of A campus.

The Post turned to social media, digging up the guy’s alleged profiles on Twitter and dating site Plenty of Fish. His presumed Facebook picture does, admittedly, look disturbing: 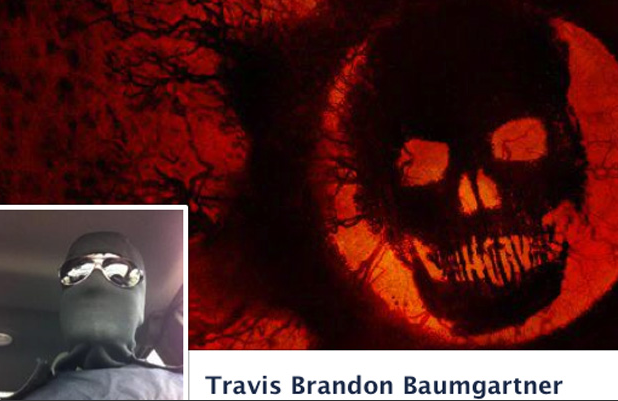