AIDS activists dressed in black-and-white striped prison uniforms took to the Hill to protest the criminalization of HIV transmission, noting it is the only potentially fatal pathogen being treated this way. 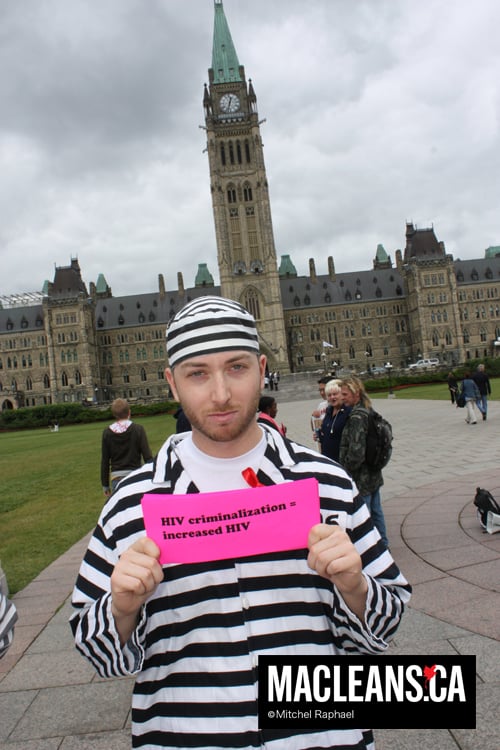 The AIDS activists were supported by NDP MPs Libby Davies and Bill Siksay. 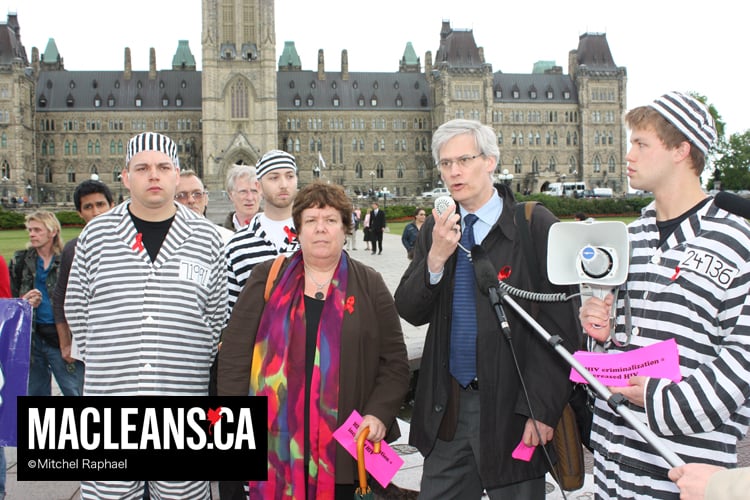 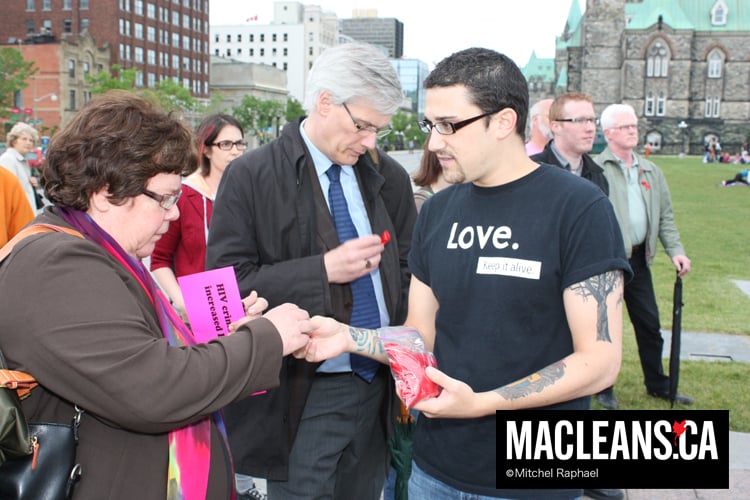 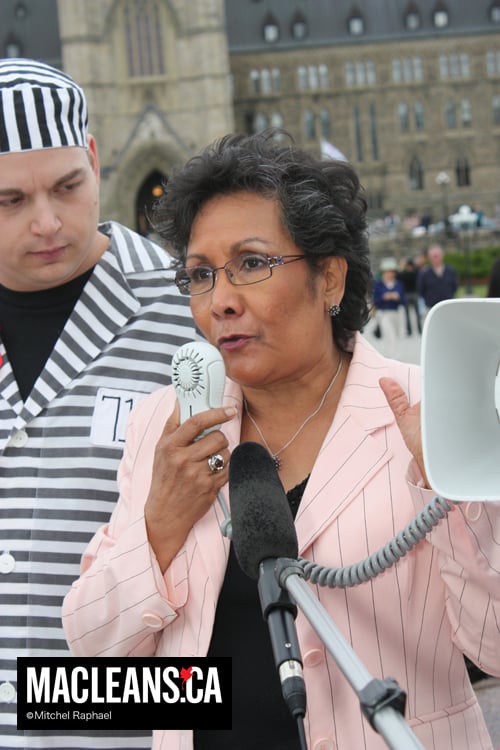 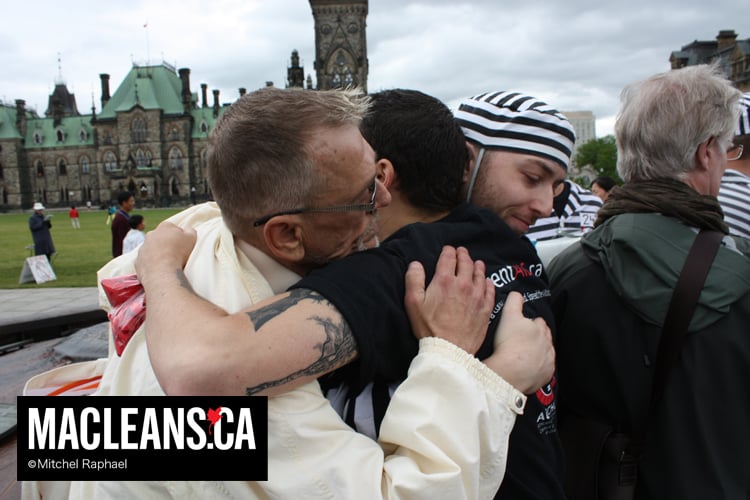 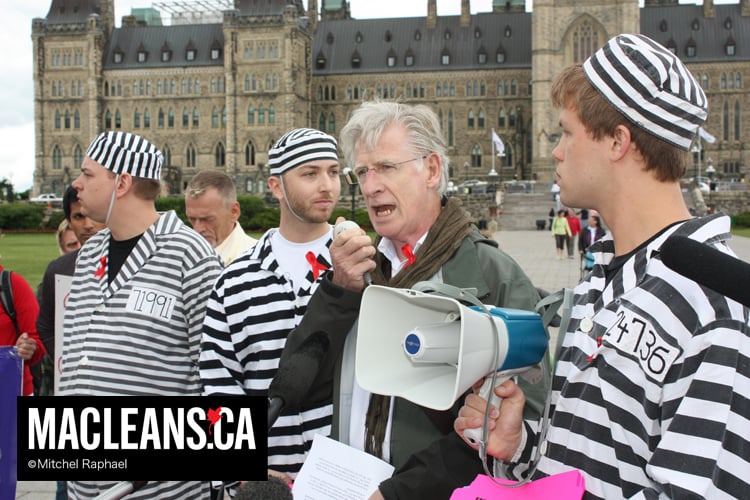 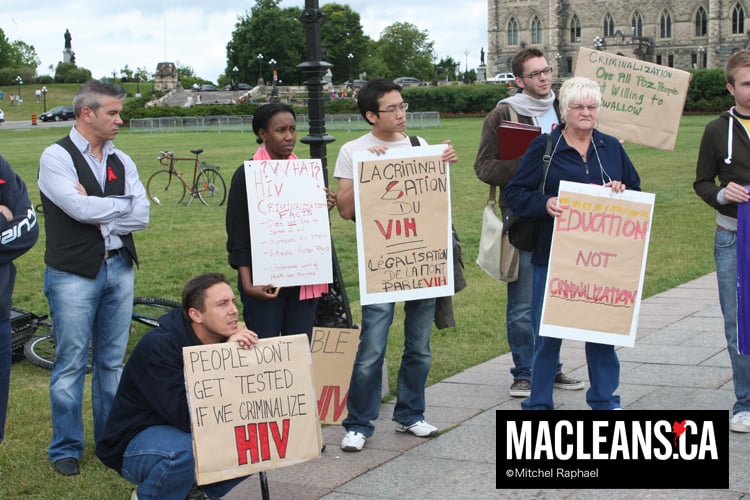 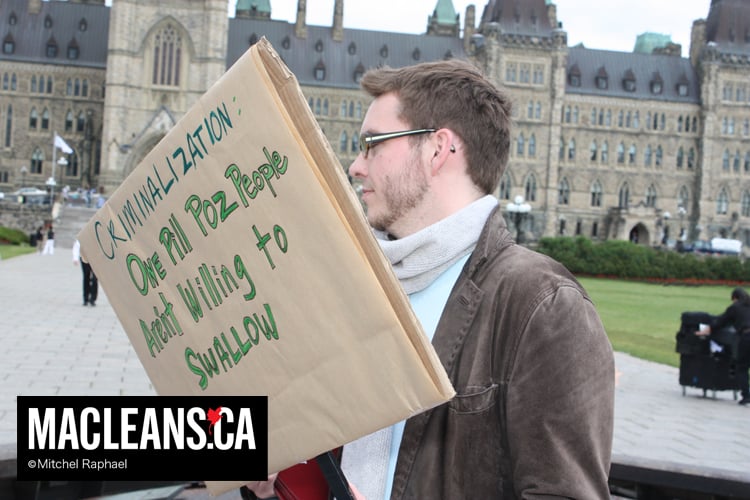 John Honderich, chair of the Torstar Corp. board and former Star publisher, just happened to be walking by the AIDS protest. 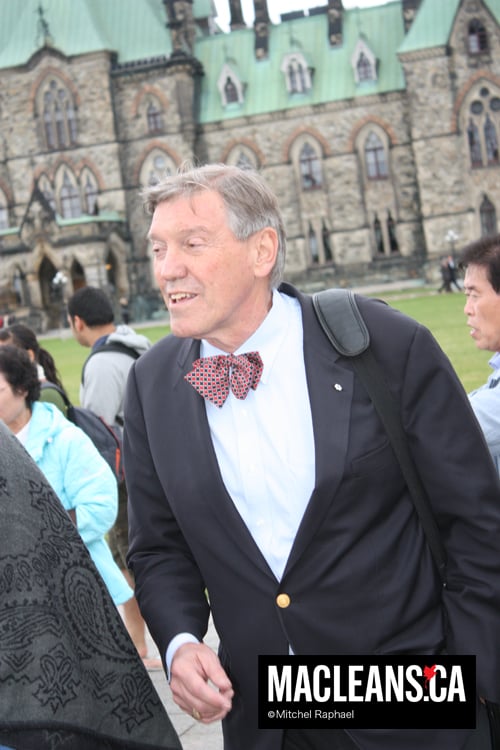 Meanwhile in other protest news…

Before the AIDS protest wrapped up, another group of demonstrators arrived with effigies of Stephen Harper and Colombian President Alvaro Uribe as the two leaders met on the Hill for trade talks. 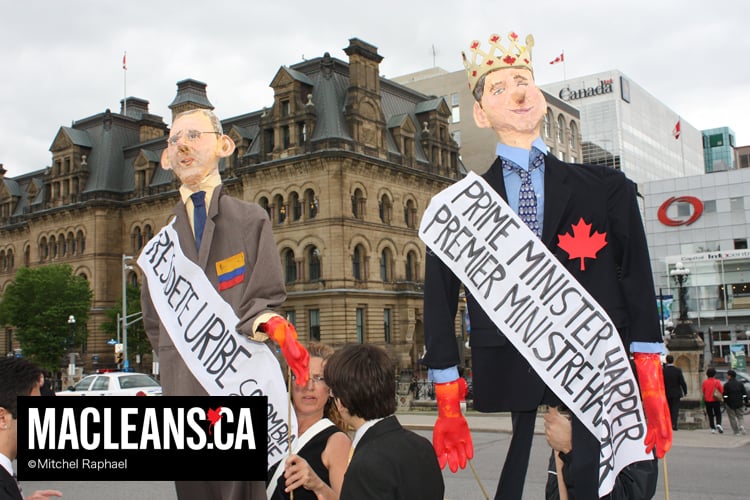 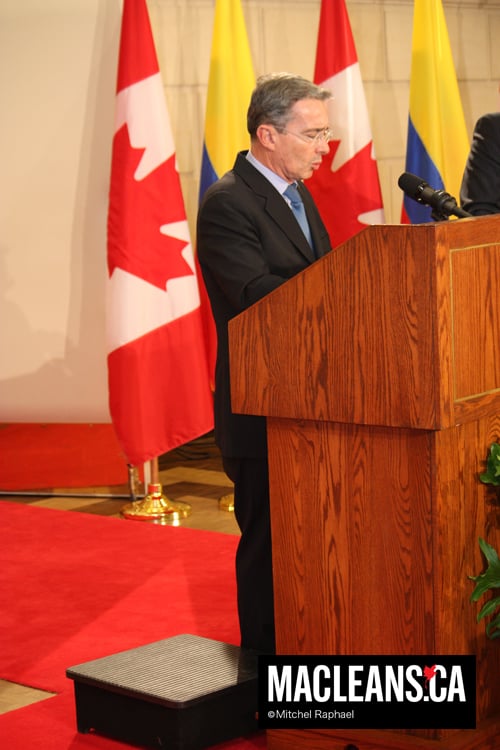 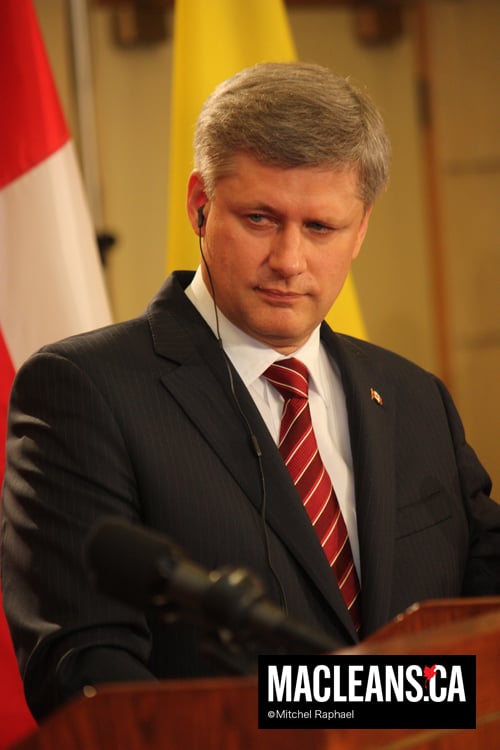 At the same time, Vancouver Conservative MP John Weston had several politicians, sports coaches, and Laureen Harper gather in front of the Peace Tower as part of his initiative to get MPs to invest at least “20 minutes 10 seconds” twice weekly into fitness activities. The amount of time is connected to the 2010 Vancouver Olympic Games. 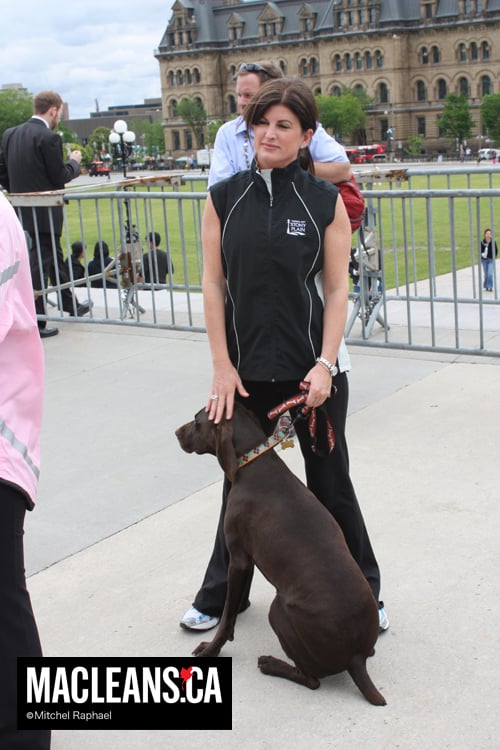 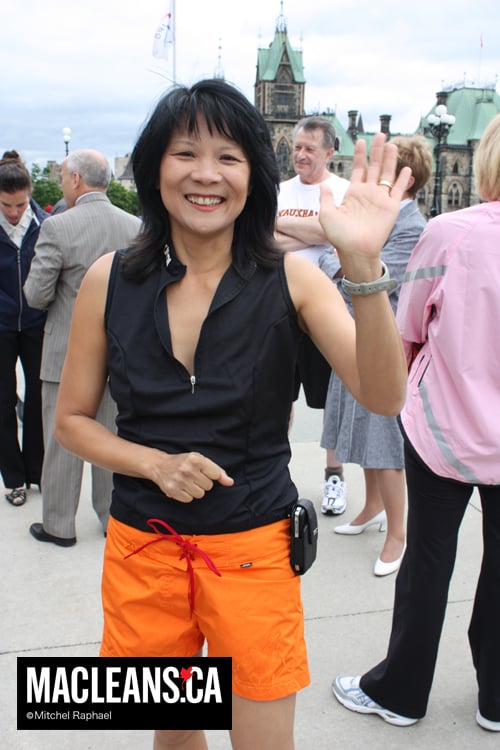 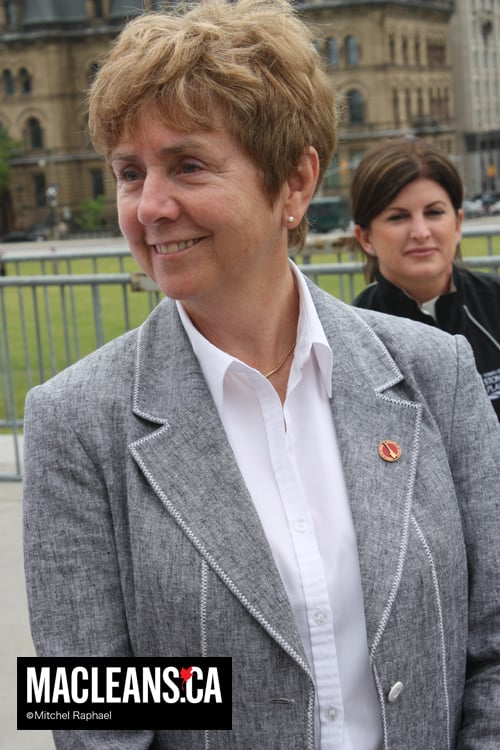