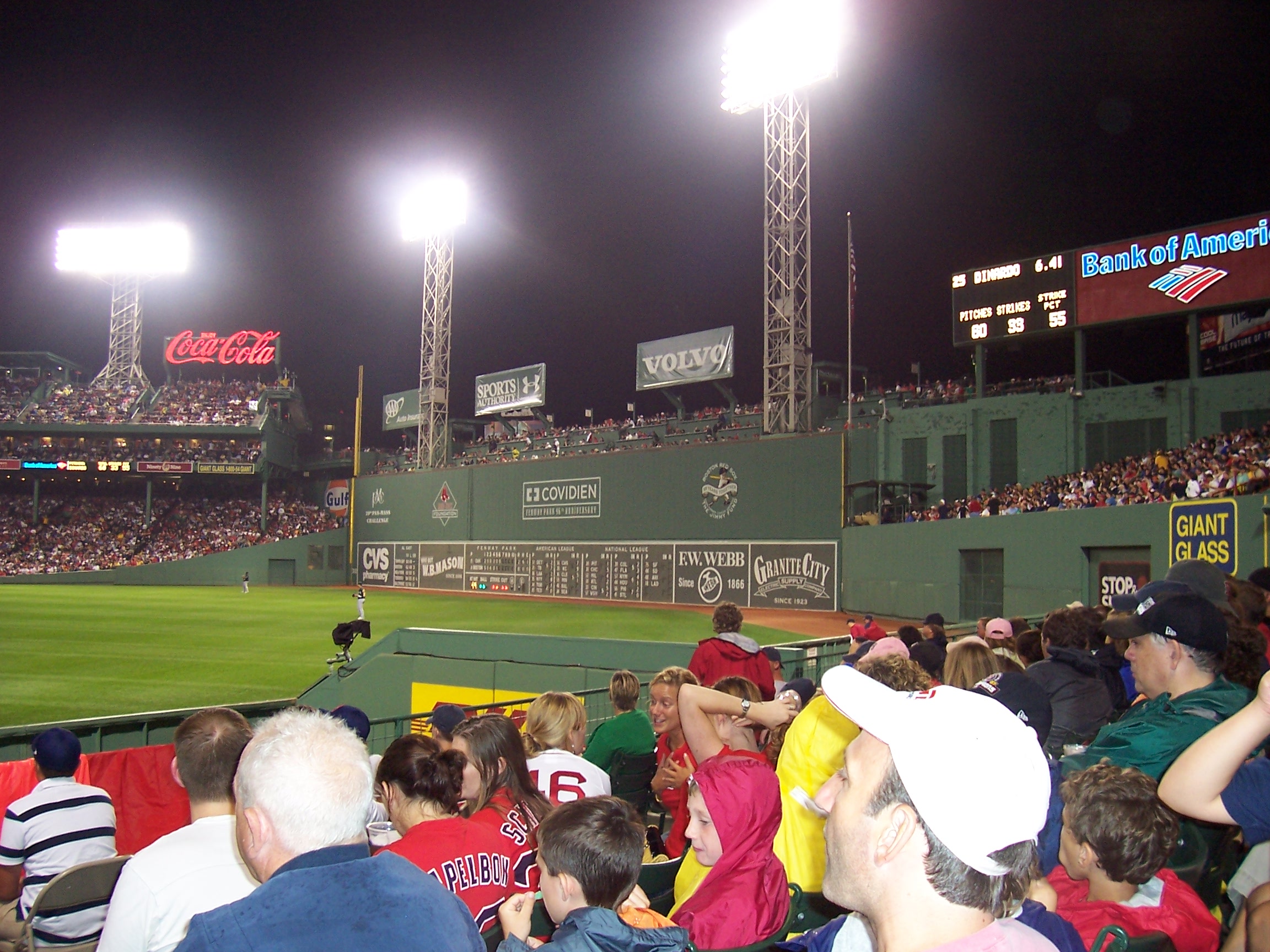 Lo Grasso’s Barber Shop in South Boston—“Southie,” as the locals like to call it—is one of those hidden gems, the kind of must-see place that isn’t listed in any tour guide. Every afternoon, men in ties and men in ball caps (and some men with no hair at all) flip through magazines and yak about the Celtics until Sal or Rocky waves them over to the chair. Nobody takes a number here. The men holding the scissors know who’s next, no matter how many customers walk through the door.

Yes, the vintage shop has a few modern touches. Sal—a stylist by day, a DJ by night—holds a cell phone in one hand and his clippers in the other, and on the wall behind him, a gigantic flat-screen TV has replaced the old transistor radio. That aside, Lo Grasso’s is pure nostalgia, a rare reminder of a “better time” when barbers shook your hand and pro athletes had off-season jobs.

I’ll admit it: I didn’t have the guts (or as we say on this blog, the “Balls”) to speak such blasphemy while Sal was holding a razorblade near my neck and his waiting area was full of card-carrying members of Red Sox Nation. But I’ll say it now. I despise the Boston Red Sox. They make me sick.

There was a time—86 years, to be exact—when the team was almost tolerable, back when every baseball fan, even me, felt at least some pity for the likes of Mike Torrez and Billy Buckner. How could you not? For eight decades (almost nine) generations of New Englanders were born and buried under the hex of an ancient trade that sent Babe Ruth to the Yankees and the Fenway faithful to a life of torturous routine: Spring Training, Opening Day, Pennant Race, Fall Classic, Tears. Like the cu mor glas in Alistair MacLeod’s greatest short story, The Curse of The Bambino always got them in the end.

And then, of course, came 2004, the year the Sox swept the Cardinals (and the baseball gods) in the World Series. The curse—and everything else sacred in this world—was dead. Even after that final out, a lazy comebacker to the mound, the celebration didn’t seem real. Where was The Babe? Did he have a few too many cold ones in the early innings and forget to knock the ball out of Kevin Foulkes’ glove? Maybe he thought the game was tomorrow night? Whatever his excuse (and we’re still waiting for it, George) the result was friggin’ tragic. The Red Sox were put on this planet for two reasons: to lose, and to lose in excruciating, unthinkable ways. How the sky didn’t fall that night still baffles me.

Four years later, the Sox and their supporters have gone from semi-lovable losers to downright insufferable. They strut around town in those blue and red hats and their Big Papi tees as if the heavens adored them all along. As if getting it right once in 86 tries suddenly passes for excellence. (Yes, Nation, I know you won the Series last year, too. I just hope you’ve cleaned your lucky bedsheets since then).

Seeing the spectacle unfold on television is nauseating enough. Seeing it in person requires a double dose of Gravol (or that stuff Manny Ramirez likes to smoke during a pitching change). The entire city of Boston is one giant gift shop, a flea market of Red Sox jerseys and Red Sox posters and Red Sox bumper stickers. The trolley tours make only two stops: Fenway Park, and other stuff on the way to Fenway Park. Even the bookstores are tainted. Walk in front of any Beantown Barnes & Noble and the window display is an endless collection of propaganda, including an assortment of children’s books designed to brainwash the next generation of Sox-autons. Personally, I can’t wait for the kiddie version of My Life as a Frozen Corpse, by Ted Williams.

After just a few hours in Boston, two things happened to me. My hair was neatly trimmed (thanks Sal) and the truth miraculously revealed itself (thanks Sam Adams). I suddenly realized, mid-pint, that this whole curse thing was complete nonsense, a pathetic attempt to sugarcoat failure. The Red Sox didn’t lose year after year after year because of a bonehead move by the owner way back in 1918. And they certainly didn’t lose because The Babe was reincarnated as Bucky Dent. No, the Sox lost because that’s what losers do. Lose.

If nothing else, then, you have to respect those paying customers who flock to Fenway every night. Why? Because they duped us for 86 years. The sneaky buggers managed to convince everyone—including themselves—that cosmic forces, not bad baseball, were to blame for their century-old lot in life. No doubt they have a fictitious explanation for all their problems. No job? Must be a curse. Car broke down? It’s a curse. No girlfriend? Curse. (Or those lame bedsheets, take your pick). 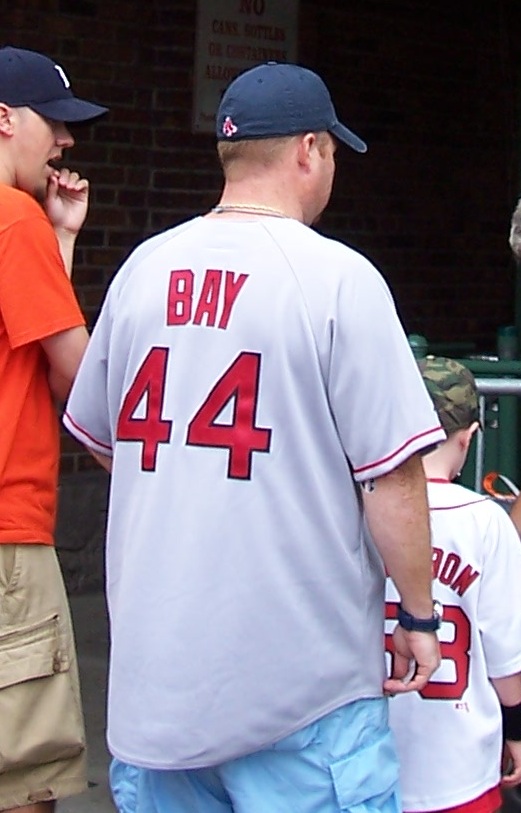 Truth be told, even I—a die-hard Detroit Tigers fan—got lost in the make-believe hoopla for a second or two. It was a Saturday night game (Aug. 2, Sox vs. A’s) and the rain had stopped spitting just in time for the first pitch. From our sixth-row seats in the right field bleachers, we had the perfect view of both the visiting bullpen and the Green Monster in left, where, up until two days earlier, Manny made a living being Manny. But that was before the big trade, before Ramirez and his dreadlocks were shipped to the Dodgers in exchange for Canadian slugger Jason Bay. The night before, in his Red Sox debut, the 29-year-old pride of Trail, B.C., scored the winning run in extra innings. The next day, the sold-out crowd welcomed him back to the plate with a lengthy standing ovation. Quite a sight, indeed. Even I was cheering—and I kept on clapping when he hammered the next pitch deep over the Monster.

Then I stopped. What the hell was I doing? Was I celebrating a Red Sox dinger? Did I really just high-five that geek in the Coco Crisp jersey?

And that’s how quickly it can happen. That’s how they get you. By the time “Sweet Caroline” blares over the ballpark speakers in the eighth, you’re hooked. Like Jimmy Fallon in the worst movie ever made.

At that moment, I wanted nothing more than to rescue Jason Bay.

Sure, they love you now, Jason. You’re hitting home runs and winning games and maybe, just maybe, you’ll lead their beloved Sox on another playoff run. But that’ll grow old—especially if you drop a 9th-inning fly ball. Even if you don’t, the fans will eventually tire of you, just like they tossed aside Teddy Ballgame and Nomar and Buckner. Check the concession stands, Jason. Anything and everything with “Ramirez” written on the back is selling for half-price. A few weeks ago, he could have been the damn mayor.

So cheers to you, Red Sox Nation. Keep ordering those Jason Bay jerseys. Keep up the act. Who knows? Maybe you’ll end up in the World Series again.

If you do get there, let’s hope it’s against Manny and the Dodgers. It’s about time another former star comes back to haunt you…