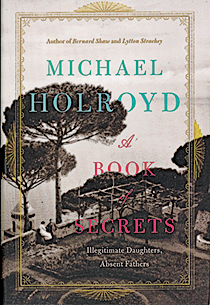 Biographer Holroyd is taking the maxim that history is written by the victors to task with his new tome, a slender, entertaining volume with a cast of characters typically relegated to the footnotes of Edwardian Britain.

Most memorable are the stories of Eve Fairfax and Violet Trefusis, two women who danced on the edges of society long after the music stopped. In her heyday, Fairfax was the mistress and fiancée of the mercurial, minor banker Ernest Beckett as well as the muse of sculptor Auguste Rodin. Jilted after Beckett inherited the title of Lord Grimthorpe, she was wooed by aristocratic suitors, but none of her loves were to last. Fairfax wound up homeless and arthritic, forced to rely on the hospitality of a handful of friends, shuffling between their country estates before she died at age 107. “She was a legendary character in a small world, all shadow by the end—the substance vanishing with time,” Holroyd notes with terrifying simplicity.

Somewhat less unfortunate was Trefusis, Beckett’s illegitimate daughter by a one-time mistress of the king. An author, Trefusis is better remembered as the inspiration behind the Sasha character in Virginia Woolf’s Orlando and the lover of poet Vita Sackville-West. Their intense affair, which included stints of abandoning their husbands to travel as a cross-dressed couple on the continent, so scandalized their friends and families that Violet’s mother banished her to a remote corner of France.

If the subject matter can drift into the dark, Holroyd keeps the tone bright with first-person accounts of sleuthing that takes him to Villa Cimbrone, Beckett’s astonishing Italian palazzo “which answers the need for make-believe in all our lives.” And while he claims he “has no settled agenda,” Holroyd’s gentle affection for his subjects creates a deeply humanist portrait of men and women behaving badly that would be more comic if it weren’t so tragic.

FILED UNDER: A Book of Secrets books Michael Holroyd