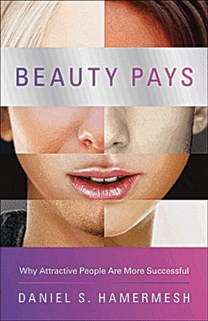 Should ugly people sue their employers for paying them less than their attractive colleagues? Can prostitutes charge more if they’re pretty? As the title suggests, yes, according to Hamermesh. A professor at the universities of Texas in Austin and Maastricht in the Netherlands, Hamermesh culls decades of research on “pulchronomics,” or the relationship between economics and beauty, to show how much better off the better-looking are—and what should be done about it.

He starts by dispelling the notion that attractiveness is subjective. “Beauty is in the eye of the beholder,” he writes, “but most beholders view beauty similarly.” Most people asked to rank a person on a scale from “homely” to “strikingly handsome or beautiful” will agree on the allure of a given individual. Using this system, researchers have long established that more people are ranked as good-looking than bad-looking, youth is more appealing than maturity, and female beauty is more contentious than male handsomeness.

The book takes a titillating turn when the topic of beauty runs into questions of money and fairness. Attractive people earn five per cent more than average-looking people, who in turn earn 10 per cent more than ugly people, says Hamermesh. That means, he argues, that an unattractive individual is “disadvantaged” in the same way one might be physically disabled or lacking intelligence, and therefore vulnerable to discrimination.

During a recession, for example, good-looking people will have a better chance of keeping or finding a job and securing loans than their bad-looking counterparts. This creates a legal opportunity, suggests Hamermesh, for ugly people to sue for compensation for potential loss of earnings: “A market for looks-based lawsuits is waiting to be born.”

For now, Hamermesh’s book reinforces a uncomfortable reality: beauty pays. But in the future, ugly may pay too.