Review: Feathers: The Evolution of a Natural Miracle 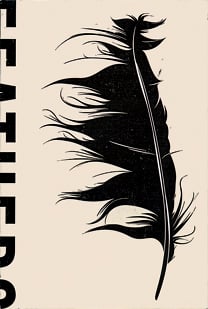 For all the place that birds seem to hold in human culture and thought, it’s not really the creatures themselves that grip our imagination, but their plumage. Feathers symbolize flight (in both senses—soaring and fleeing); feathers improve our tools (an arrow’s fletching represents a straight line from flight observed to flight intended); feathers in all their stunning colours have adorned humans from Aztec emperors to Las Vegas showgirls. And, as Hanson’s engaging, anecdote-rich volume makes clear, for more than a century feathers posed one of the knottiest problems in evolutionary theory.

In 1861, the first fossil Archaeopteryx—a 150-million-year-old creature with both dinosaur features and feathers—was found in Germany. Although Archaeopteryx established the fact of some sort of reptile-bird link, the evidence it offered about feather development was enigmatic. The only ones visible in the limestone are fully developed—i.e. modern—flight feathers: meaning an animal at the very beginning of avian evolution bore the same plumage that graces living birds. It was only the discovery in China, in the last 15 years, of feathered dinosaur fossils, that drove home to scientists that feathers evolved independently of birds.

For all the intriguing science, what really livens up Hanson’s passionate discussion of his “natural miracle” are the stories he tells. There’s the way Inca feather-working artisans developed new colours on their captive parrots by rubbing their feathers with secretions from poisonous frogs, or how he was forcefully made aware of why evolution favoured bald-headed vultures. Digging around inside a dead zebra, biologist Hanson had the animal’s cecum—the big pouch that receives waste material from the small intestine—rupture in his face. The gore was hard to remove from human hair and skin; from feathers, it was well-nigh impossible, as Hanson, one dedicated researcher, learned from an experiment involving frog guts and chicken feathers. Just another day on the job for a feather lover.