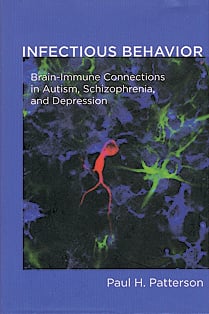 His title is a little daunting, but neurobiologist Patterson has succeeded in his aim of crafting an accessible, even fascinating, book about one of the hottest topics in mental health. In the long-running nature versus nurture argument, our era is all about nature. There is no one left—no one with scientific credentials, at least—who believes the way we nurture our offspring (cold mothers, distant fathers) creates autistic or schizophrenic children. But nature for too many people, experts and laypersons alike, means our genes alone. And they, Patterson shows, are not the whole story.

He notes how the final health effects from the great flu pandemic of 1918, which killed more people than the Great War, played out very recently. Those who were in their mothers’ wombs during the pandemic went on to a lifetime of health and socio-economic problems disproportionately worse than those of children born before or after: lower educational achievement and lower incomes, higher rates of diabetes and heart disease. Those outcomes are suggestive of the virus’s effect on fetal brain development; the fact they often did not appear before adulthood supports the emerging hypothesis of the fetal origins of many adult diseases.

Patterson describes the womb as a “battlefield,” in which a fetus has to struggle to fend off rejection by the mother’s immune system. Infection, which ramps up the immune response, can have devastating effects on fetal brains. The latest studies indicate that the risk of schizophrenia among the male offspring of women who come down with the flu during the first half of their pregnancies is three to seven times higher than usual. Patterson notes that common-sense ways to cut down on flu infection are widely known—wash your hands and avoid airplane flights if at all possible—but often ignored, even by pregnant women, because the stakes seem so small. He’s done his best to correct that assumption.