REVIEW: Midsummer night in the workhouse 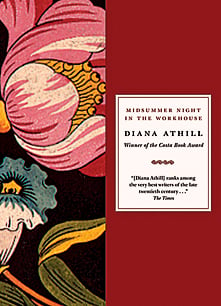 Diana Athill has written six memoirs, notably Stet, about her life as a literary editor with the venerable André Deutsch Ltd., and Somewhere Towards the End, her reflections on growing old.

In 1958, she writes in her introduction to Midsummer Night in the Workhouse, a collection of her fiction, she had a “gleeful surge of energy” that resulted in her first short story, then another, and another. Before the year was out, she had written nine, some of which found their way into magazines and an anthology and 10 years later into a collection, which sunk without a trace—short stories by unknown authors being, she writes, “publishing poison.” Athill, now 94, is no longer an unknown author and we must thank her publishers (Persephone in Britain, Anansi in Canada) for cashing in on the fact that they have a bankable star.

These stories are small gems, confirmation that long before sexting, booty calls, Dan Savage and feminism, young women were preoccupied by men and love and sex. Athill’s women (only two stories are told from the man’s perspective) occasionally drink too much, have affairs and too often find themselves with unsuitable men. A man puts his arm around a girl’s waist and she feels “as though my bones had gone soft” and hopes the next time it will happen with a man to whom she feels an attraction. Another hopes her boyfriend finds her as dull as she finds him, “for otherwise she might feel superior to him and that she balked at” (indeed, several of Athill’s women keep dissident thoughts to themselves to protect men from their evident inferiority). A married woman has a casual fling with a man who loves his wife and, months later, still can’t staunch the heat she feels from the brief encounter.

Athill writes that she is amazed and delighted that this collection has been published. Her legion of admirers will be similarly pleased.

FILED UNDER: Diana Athill Midsummer night in the workhouse