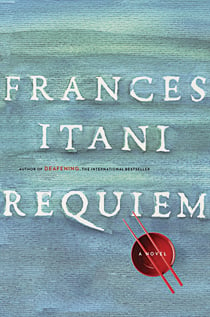 When his wife suddenly dies of a stroke just shy of her 50th birthday, Bin Okuma and his son Greg cope with the shock and loss in their own ways: Greg by returning to his studies on the East Coast; Bin, a visual artist, by driving across Canada to the opposite coast ostensibly to complete works for an upcoming exhibit. The journey in Itani’s latest novel becomes, as so many journeys do, a time to confront and release painful memories.

Poignantly, the story’s determined brush strokes speak of quiet perseverance, underscoring the sense of loss, of talent suspended. Itani avoids judgment, letting the evidence speak for itself: one scene describes Bin’s community being yanked from its settlement, hustled onto a boat, and left to watch helplessly as people loot their homes. Prepare to gasp with shame.

The present-day story is almost dreamlike, echoing the vast and muscular landscape through which Bin travels as he plods slowly across the country, urged on by memories and the voice of his late wife to reconcile with his past and most importantly with his father. It is ironic that part of the story takes place a decade after the Canadian government’s formal apology to Japanese Canadians: there are some things restitution can never mend. With a precise, elegant style Itani avoids the maudlin, and delivers a taut novel.