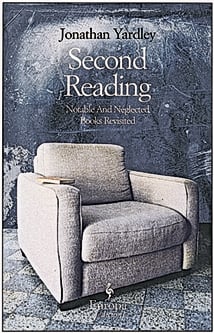 Everyone loves lists, if only for the pleasure of poking them with sharp sticks, wondering sarcastically how one entry got on and another was omitted. But this compilation, the fruits of a lifetime of wide reading by the Washington Post book critic, is different. Many people of Yardley’s vintage—he was born in 1939—will recognize most of the titles, but it’s quite possible that only Yardley has read them all. And not only are the books on his list not ranked, he does not love them all.

That “notable” in the subtitle gives him an out: some of the books he discusses, Yardley declares, deserve to be neglected. So it is that while a second reading of The Reivers helps confirm Yardley in his belief that William Faulkner richly deserved his Nobel Prize in literature—unlike so many of his fellow laureates—the only explanation Yardley can offer for John Steinbeck’s success is that the man’s sincere sympathy for the oppressed trumped his limited literary skills. Best of all, balm for the souls of a mulish minority of readers, Yardley believes The Catcher in the Rye is an ill-written, pretentious piece of dreck.

It’s not all high criticism and classic modern novels, though. Yardley is happy to report that Suetonius’s Twelve Caesars is holding up well—a superb study in the corrupting effects of absolute power—as the book approaches its 1,900th birthday. He recalls the wonderful Travis McGee mystery series by John D. MacDonald and C.S. Forester’s Horatio Hornblower books, quite rightly—or is this the nostalgia of age?—judging the latter superior to the Master and Commander series by Forester’s putative heir, Patrick O’Brian. Second Reading is one rare volume: a self-indulgence—an autobiography as revealed by books read—that’s also a gift of reawakened memory for others. Perhaps all readers should do this, but then we would all have to write as precisely, as intelligently and as generously as Yardley.