REVIEW: The Black Banners: The Inside Story of 9/11 and the War Against al-Qaeda 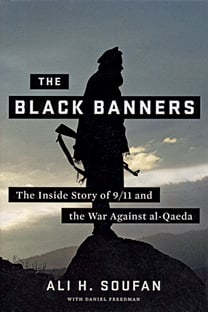 In the aftermath of 9/11, FBI special agent Soufan was one of the American intelligence agents ordered to use “any means necessary” to make terror suspects talk during interrogation. For Soufan, now retired from the bureau, the necessary means were the ones that worked: guile, deep knowledge of al-Qaeda and the person he was questioning, and compassion. He forged bonds with men who sought to kill his fellow countrymen, ordering their shackles to be removed when he spoke with them and procuring a satellite phone for one detainee to call his wife. He once held ice to the lips of a gravely wounded suspect fighting for his life. He debated religion with detainees, as well as American history and Hollywood films. He drew out their co-operation. He outwitted them.

Soufan says it was “odious” to sit and laugh with committed terrorists, but his tactics produced results. They were scorned and rejected, however, by those in the CIA who endorsed “enhanced interrogation techniques”—aggressive questioning employing methods such as sleep deprivation and waterboarding. Soufan methodically unravels the lies of those who claim those abuses produced good results. Even with sections of the book redacted by CIA censors, it makes for devastating reading. Soufan’s chronicle should end the debate on whether torture is ever justified, but probably won’t.

Soufan’s book is most illuminating for the light it shines on America’s interrogation program, and the painfully consequential lack of information sharing between the FBI and the CIA. It’s also revealing as a history of al-Qaeda and its war with America. Soufan has tracked the organization since the mid-1990s, and was intimately involved in investigating many of its crimes—notably the attack on the USS Cole. His experience shows. Even without endnotes, his book deserves to be widely read.

FILED UNDER: Ali Soufan The Black Banners: The Inside Story of 9/11 and the War Against al-Qaeda