REVIEW: The Persistence of the Color Line: Racial Politics and the Obama Presidency 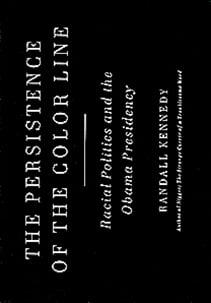 The election of Barack Obama didn’t end racism, but what exactly did it do? Kennedy, a Harvard law professor, attempts to examine how Obama functions in a political world where colour remains an issue: he “made himself black enough to arouse the communal pride and support of African-Americans but not ‘too black’ to be accepted by whites.” Kennedy goes on to explain that Obama tries to offer his black constituents “signals that he identifies with them,” giving symbolic comfort without scaring away the white voters he will need for re-election.

Kennedy is of the opinion that scaring away white voters is a danger because racism “is ingrained in American culture,” and he defends some (though not all) of the ideas of Obama’s much-criticized mentor Reverend Wright. But he also defends Obama from the charges of appeasing white America, noting that Obama’s unwillingness to be more forthright and challenging about race relations “is probably the most realistic course of action under the circumstances.” He also notes that the symbolic significance of Obama’s election has had some very real benefits: “Nothing in American history has more powerfully elicited patriotism among black folk than seeing a fellow black elevated to the presidency.”

Because the book mostly focuses on the 2008 election, Kennedy doesn’t always have much to say about the huge changes in the perception of Obama that have taken place since then. And though he says that there is a “racial backlash” against Obama, he doesn’t fully explain what this backlash is or how it differs from the similar conservative revolt against the white Democrat Bill Clinton. And when he mentions the non-white Republicans who were elected in 2010 (with minimal support from African-Americans, who mostly don’t think Republicans represent their interests), Kennedy has to admit that “ideology does trump race” in some circumstances.