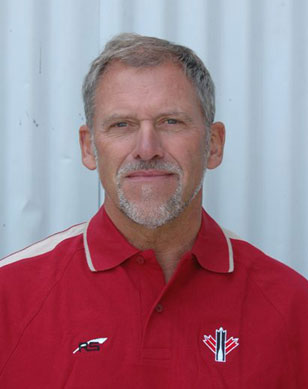 Canada lost one of its great Olympic coaches Wednesday. Bent Jensen, 60, who led Canada’s lightweight men’s rowing crew to a bronze medal just four months ago in Beijing, died in his native Denmark after a battle with pancreatic cancer, Rowing Canada announced Thursday.

The rowing program scored a coup in 2006 when it lured Jensen and fellow Dane Carsten Hassing, coach of the heavyweight women, to Canada. Jensen, with 30 years experience, was a proven winner, having led the Danish lightweight fours to Olympic gold in 1996, silver in 2000 and gold again in 2004. But it was in Beijing with the Canadians that he faced perhaps his greatest personal challenge. He took a struggling men’s team and built it into a contender, at the same time he was fighting for his life.

One of my most poignant memories of the Beijing Games was his appearance after the Canadian four’s bronze medal race. 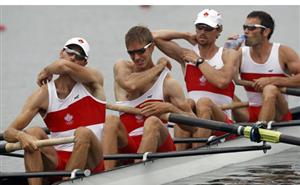 Rowing Canada officials had quietly admitted he’d taking aggressive chemotherapy at the same time he was prepping the team for the race of their lives. He’d stayed out of the media eye during the preliminary heats, saving his strength. It was a shock, then, after the race to see the toll the disease had taken. A fellow coach pushed him out in a wheelchair, but his gaunt face was lit with a triumphant grin. “It’s a great feeling,” he said.

He was Bent, never broken. He talked proudly of the last 20 strokes that got the crew—Iain Brambell, Jon Beare, Mike Lewis and Liam Parsons—onto the podium. They had nothing left in the tank, he said, and that’s how it should be. It’s clear he was also running on empty, but he laughed off the idea he might have stayed back in Victoria to watch the race on TV. “When you’re sitting home, it’s not very fun,” he said.

Post-race, his crew spoke emotionally of their coach. “I think it was really important for us to show he didn’t leave his home country and his family for nothing,” said Parsons. “There has only been lightweight rowing at four Olympics, and Bent has medaled at each one,” said Lewis. “Bent’s training program is amazing. We would not be on the podium if it wasn’t for Bent.”

Reporters noted that it was the Danes—Bent’s previous team, in fact—that won gold in the race, making Jensen something of a double winner. Perhaps, he conceded, “but I am on the Canadian side now.”

It was striking that Jensen, who was clearly confronting his own mortality that day, placed far more value on the notion of the team, than on the medals they produced. “The important thing for me is we get a good team out of this, guys who look after one another,” he said. “It’s a goal for me that they have a life after rowing together, and that they be good friends.”

He was a class act, and by any measure, he went out a winner.