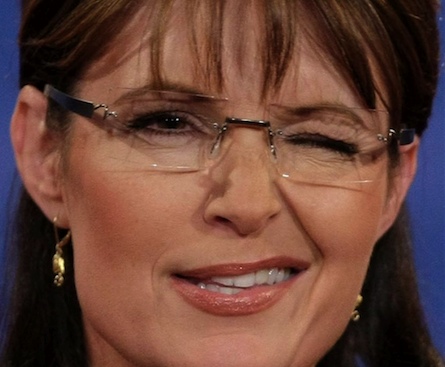 Sounds far-fetched and, to some, totally implausible. But the Republicans are losing potential candidates at a pace that is downright alarming if you believe in a healthy two-party system. The demise of John Ensign’s political career a few weeks ago and the surreal downfall of Mark Sanford last week is enough to send chills through the even the most optimistic Republican strategist. We know that of the 2008 crop, only Mitt Romney seems likely to stay on as a contender. The old stalwarts like Newt Gingrich may get a lot of press, but it is unlikely they can mount a real challenge to Obama in 2012. Yet, the presidential election of 2012 will be more than a simple coronation of Barack Obama if the economy stalls and there is no progress in two important areas: national security and healthcare.

Ballooning deficits and a sluggish economy could alter the mood of America by the time the 2010 mid-terms come up, giving hope to the GOP for the next presidential primary season. This is why Sarah Palin is maintaining a persistent media presence, whether it is debating David Letterman or being the biggest Republican draw on the lecture circuit. She clearly has her eyes set on the presidency and her decision to step down as governor of Alaska later this month will only heighten the interest in her political ambitions.

The latest edition of Vanity Fair brings this possibility forward, though not in a favourable light. Journalist Todd Purdhom paints a picture of a woman with a narcissistic personality, who’s short on knowledge, disinterested in policy discussion, and not ready for primetime. In the end, the story says more about John McCain’s competence and character than it does about Palin, simply because he flubbed his most important decision as a presidential candidate. That said, Palin brought much needed energy to an otherwise lackluster campaign and, to this day, she energizes the base as no other candidate can. Could it be possible she may someday be a candidate for the presidency?

My experience tells me that no one should be written off in a hypothetical context. Barack Obama is proof positive of this. I still maintain that, without Bush, there is no Obama nomination. Palin is a street smart politician who has benefited from being underestimated most of her career. McCain’s disastrous choice may have been fatal to his electoral chances, but it brought Palin to the forefront of national attention. Since then, she has become a celebrity that transcends her party. However, if she is to be taken seriously and considered a viable contender, she needs to change the negative perceptions of her and develop a political profile that appeals to those outside her narrow base.

To do this, she must gradually reduce her exposure and begin to educate herself on the issues. She will not be ready for 2012 by remaining governor of Alaska and playing the celebrity. The GOP has too proud a tradition to have a re-run of the 2008 vice-presidential candidate. Also, the base Palin relies on for support no longer holds the sway it once did. Social conservatism is losing steam as a political movement thanks to the dubious habits of people like Gingrich, Ensign and Sanford, and the election of an African-American president as well as the increased attention paid to gay rights issues shows that Americans have begun to cast their old divisions aside. The future for the GOP lies with fiscal conservatism and strong national security policy—not with turning back the clock. Palin must embrace the values that created the Republican party in the first place—a belief in the individual, a belief in a limited role for the state, and a commitment to equality. The party of Lincoln, Teddy Roosevelt, Eisenhower, and (the pragmatic version of) Reagan is the path to a Republican resurgence. Palin is nowhere on that radar. She is all about celebrity status and controversy.

In the lead-up to July 4, Americans usually reflect on their great democracy. Overall, it is healthy and has shown resilience through the decades. But the Republicans have to become a viable alternative for this democracy to remain vibrant. So is Palin a real possibility for 2012 or 2016? Will she someday be a formal candidate for the presidency? Most definitely. But can she ever win? Based on what we have observed so far, I would say definitely not, though politics has been known to produce some strange developments.