Send in the clowns 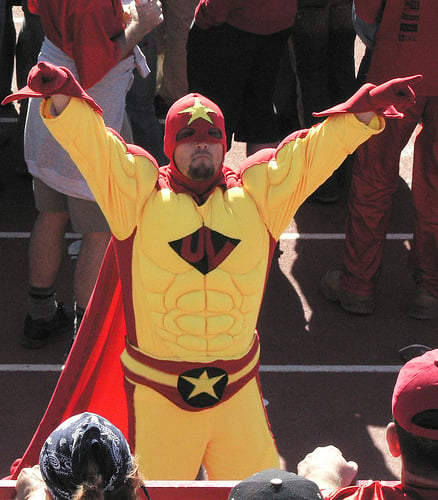 We’ve taken a few (well-deserved) potshots at the ADQ over the past week or two. It’s sometimes hard to resist kicking a party when it’s down. And it’s made even harder when it runs a campaign around getting old-stock Quebecers to have more babies in order to counter the scourge of immigration.

But don’t go thinking the ADQ plans to take this spate of bad press lying down. The guy pictured above-you know, the one with the mask and the cape and the styrofoam physique-is ostensibly the Laval Rouge et Or‘s biggest fan. In two weeks’ time, he’ll also be the ADQ’s parliamentary press secretary.

Write your own punchlines in the comments.

[Credit for the mind-blowing picture goes to Flickr user Jolliet]