Seven paintings, including a Picasso and two Monets, stolen from art museum 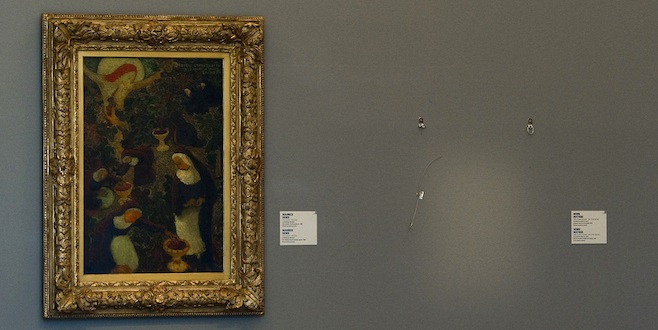 Seven paintings worth millions of dollars, including works by Pablo Picasso, Lucien Freud and Henri Matisse, were stolen from the Kunsthal Rotterdam in the Netherlands early Tuesday morning at around 3am local time.

The works of art were on loan to the museum from the private Triton Foundation, owned by multimillionaire Willem Cordia, an investor and businessman. The 150-plus paintings are part of an exhibition celebrating Kunsthal Rotterdam’s 20th anniversary. It is the first time that the avant-garde works, which span several Western artistic movements, have been shown to the public.

The stolen paintings are:

The museum, which will be closed today on account of the ongoing investigation, has announced that “no further statements will be made until further notice.”

FILED UNDER: Art Theft in Amsterdam