Sex sells? Not so much. 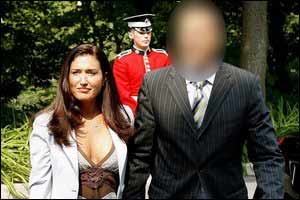 What’s that German word that everyone uses these days? The one where someone takes delight in the suffering of another? Shadeandfruit? Shatnerfeud? [ed’s note: It’s ‘schadenfreude’, you idiot.]

Whatever it is, Maxime Bernier must be swimming in the stuff this a.m., after early sales of his former lover Julie Couillard’s tell-all My Story were tallied. Long story short: they’re terrible. According to La Presse, which reported the numbers with its own dose of schaden-whatever, Julie’s little mash note has more or less tanked.

The book launch, with oodles of ink in le Journal de Montréal–-owned by Quebecor, which also owns My Story publisher Editions de l’Homme, a coincidence, I’m sure–and interviews across the country (guilty as charged), was pushed back to coincide with the federal election. Yet after three weeks it has sold all of 5000 copies. Worse still, as La Presse notes, 4300 copies of those were on pre-order, meaning the would-be Bernier depth charge has sold all of 700 copies since its release. (Also, Max was reelected by nearly the same margin this time around, despite the Couillard scandal and accompanying book.)

The initial press run was 17,000, meaning there are 12,000 copies of the thing out there, waiting to be dumped into the nearest bargain bin. Wow. My Life sucks.