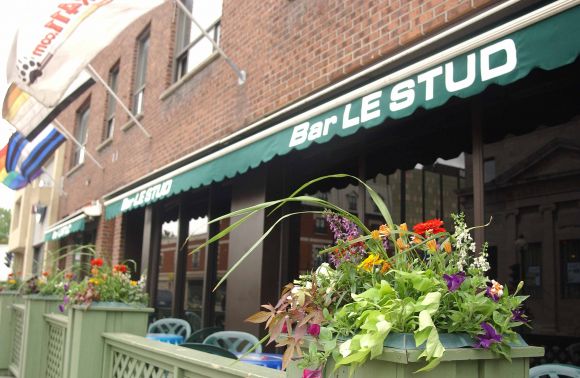 Well, the woman filed a complaint with the Quebec Human Rights Commission, claiming she was discriminated against because of her sex. Yesterday, the QHRC decided Le Stud couldn’t lawfully bar Studettes from the premises. Yay human rights and all that, but wait: this city is teeming with women-only establishments; I can count three yonic-only exercise joints within stumbling distance of Le Stud alone. Shouldn’t they be hauled in front of the HRC? Shouldn’t I be able to change my live 30 minutes at a time as well?

Burnett, who is all for women in gay bars, thinks so. Even though he probably hasn’t seen the inside of a gym since Nixon was caught, he’s going to sign up to Curves et al., and raise human rights hell if they don’t let him in. “What’s good for the goose is good for the gander,” he told me.