"She saw many things about airport security" 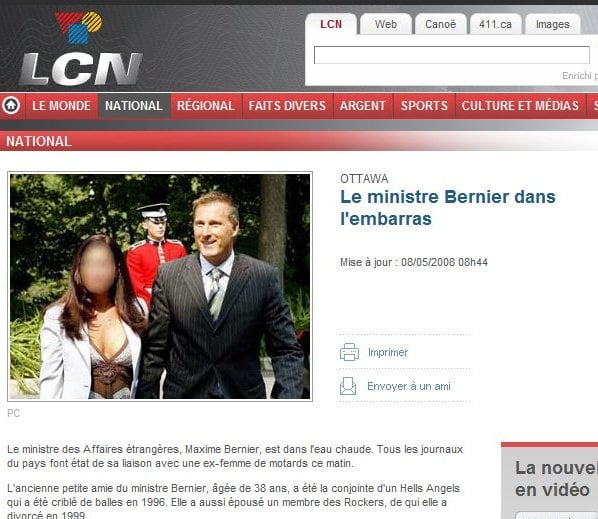 Max Bernier’s controversial ex-flame apparently had quite an interest in airport security. According to an article in Le Devoir, Julie Couillard once worked for a high-tech security firm alongside then-beau, Robert Pépin, whose own ties to organized crime were documented by La Presse. As part of her work with Pépin, Couillard may have come across some delicate material related to airport security back in 2004:

According to a source with intimate knowledge of the file but who declined to be named, the Canadian Air Transport Security Authority (CATSA) gave Mr. Pépin’s company a complete file detailing the agency’s needs and expectations. This type of file is given to tenderers so that they can respond to needs. “She saw many things about airport security,” says our source.

Speaking of Couillard, does anybody else find it awfully weird that a news chain which, not so long ago, wouldn’t even mention her name or show her face (and released the hounds lawyers on those who pointed out their strange reluctance) is now busy plastering her name and face anywhere it can to promote its exclusive interview with her?