Shirtless photo of FBI agent published, looks like it was a joke

The photo of shirtless FBI agent Frederick W. Humphries II, who initiated the investigation into a series of emails that eventually forced CIA director David Petraeus to resign last week, has emerged, and it turns out that it was a joke, as those close to Humphries had said all along.

The photo in question was discovered as agents looked into the email account belonging to Jill Kelley, a Florida socialite who volunteered for the military and had received anonymous harassing emails telling her to stay away from Petraeus. The emails turned out to be from Paula Broadwell, Petraeus’ biographer who he was having an affair with.

On Wednesday, the shirtless man was identified as Humphries, but no one had seen the photo. Or so it seemed, until the Seattle Times realized it had the photo all along. It was given to a reporter at the paper in 2010 and “was taken following a ‘hard workout’ with the SWAT team at MacDill Air Force Base,” writes Seattle Times reporter Mike Carter.

The photo shows a bald-headed, smiling and shirtless Humphries posing with two bald-headed and shirtless target-practice dolls, which he closely resembles. When the photo was sent to the paper, the caption under it read: “Which One’s Fred?” 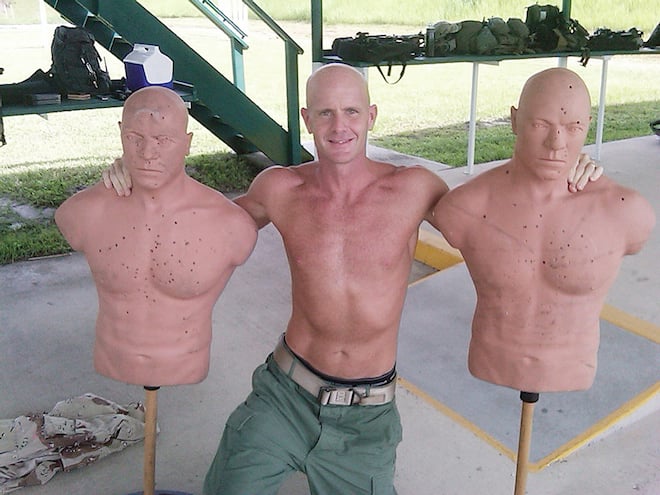 This undated photograph obtained by The Seattle Times shows FBI Special Agent Frederick W. Humphries posing with target dummies following a SWAT practice in an unknown location. The Times says Humphries sent the photograph to friend and Florida socialite Jill Kelley and others, including one of the paper's own reporters, in an email Sept. 9, 2010. (AP Photo/The Seattle Times)

The photo evidence seems to confirm that it is a joke and is not sexual in any way, something Lawrence Berger, the general counsel for the Federal Law Enforcement Officers Association, said previously.