Size matters with an environmental package

When Dion announced his green shift plan on the Hill, dozens of staffers wore T-shirts and green caps. 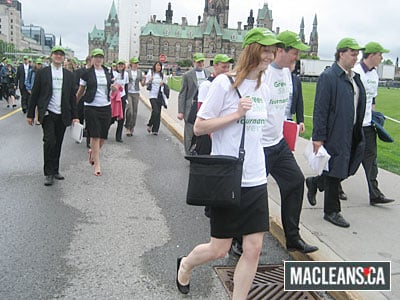 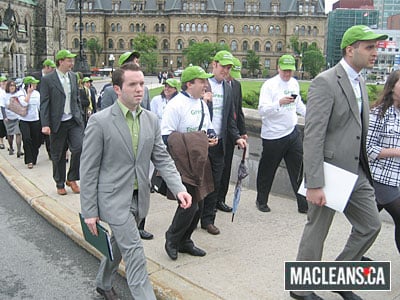 Some filled out their shirts better than others, such as Vancouver MP Hedy Fry’s aide, Tim Campbell. 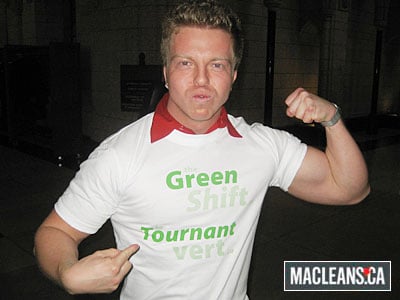 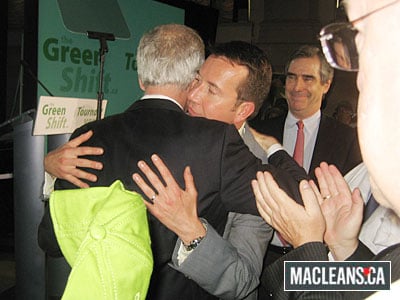 Brison and Iggy sat together for the big speech. 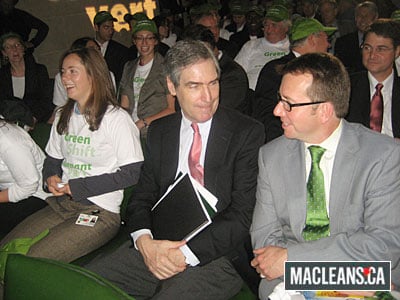 Brison shows that size matters when it comes to tackling the environment. In his right hand is the Liberal green shift plan and in his left is the Tory attack ad. 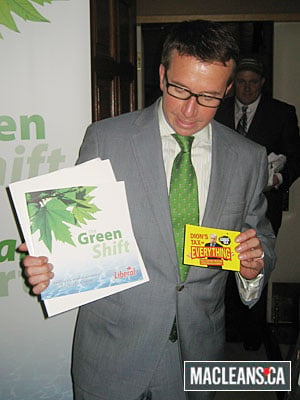 Ottawa MP David McGuinty introduced Dion. Looks like there were cutbacks in the Liberals’ budget for hair products. Note piece standing up. 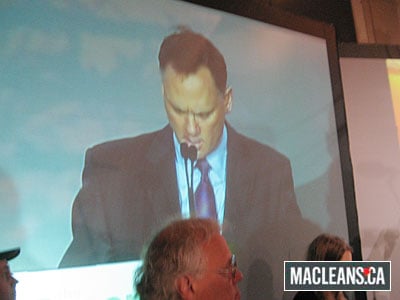 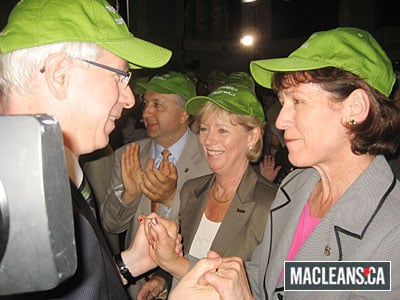