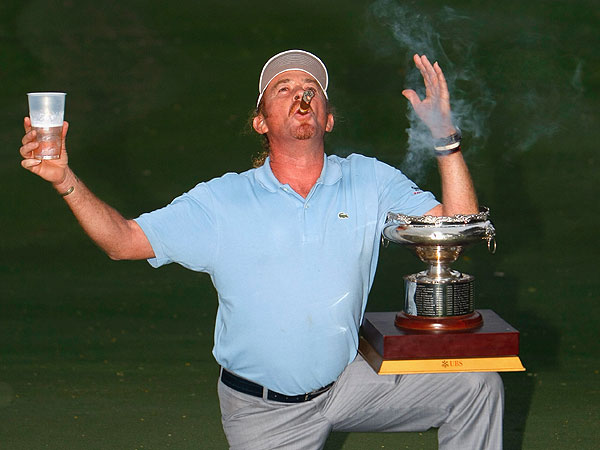 La première étoile: Toronto Maple Leafs. This might be the only time all year that the Leafs receive the first star in our daily updates, so enjoy it. But by adding an extra pre-season game (Sept. 22 against Buffalo) and giving away tickets for free (Coca-Cola is picking up the bill), the Leafs are giving a nice little gift back to fans who can’t afford a ticket to a regular game, or steal one away from a season-ticket-holder. The other perk of such a move is that the entire arena will be filled with rabid fans instead of listless fat cats who would rather drink espressos and play with their Blackberries than watch the action on the ice.

Two minutes for … for not getting with the program. Samuel Dalembert was tickled pink last August when he was finally sworn in as a Canadian citizen, but apparently the 76ers’ centre had little interest in helping Canada qualify for the Olympics and was kicked off the team earlier this week prior to the team’s game against Korea.

Who’s got tickets? British Open at Royal Birkdale in Southport, England. No Tiger, who cares! Sergio Garcia is being targeted as the favourite but I don’t think his putting is quite up to snuff. Instead, I’m picking his fellow countryman Miguel Angel Jimenez. Plus I want to see a guy who smokes cigars and sports a ponytail win it all.

Fun police: Last year’s Winter Classic game between Buffalo and Pittsburgh drew a whopping 71,000 fans at Ralph Wilson Stadium and was deemed a huge success, despite the snowy weather. Now the NHL is taking it to the next level by scheduling this year’s outdoor game at fabled Wrigley Field on New Year’s Day. And with the Red Wings slated to play the Blackhawks, it has all the ingredients to be a beauty.

Extra bases: After watching three of our Canadian boys—Ryan Dempster, Justin Morneau and Russell Martin—excel at this year’s All-Star in New York, I can’t help but look ahead at the Canadian squad that could compete in next year’s World Baseball Classic. When you add in pitchers Erik Bedard, Jeff Francis, Rich Harden and Eric Gagne, along with position players Jason Bay, Mark Teahan and Joey Votto, this team might surprise a lot of people. Beating the Yanks again would also be very sweet.