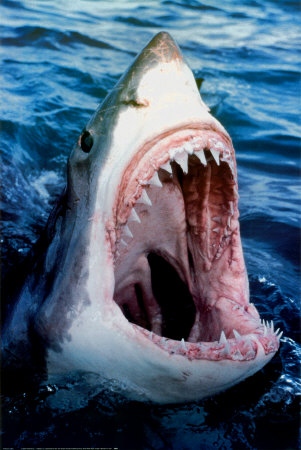 La première étoile: Greg Norman. After two rainy rounds at the British Open, the aging Shark is in the clubhouse at even par, good enough for a one-stroke lead over a Tiger-less field at Royal Birkdale. It’s been years since the Aussie contended at a major championship, but sources say the 53-year-old is suddenly inspired after reading a certain article in Maclean‘s magazine. Mike Weir, by the way, is just two shots behind.

Two minutes for… being selfish (Yes, folks, it’s true. A professional athlete is being selfish). To Francisco Liriano. Two summers ago, after a 12-2 start with the Minnesota Twins, the lights-out lefty suffered a severe elbow injury that knocked him out for the entire 2007 season. Now healthy, Liriano is mowing down batters in the minor leagues—and complaining that he’s not back in the majors yet. Is this guy for real? The Twins are rolling, their starting rotation is one of the best in the league, and Liriano is considering filing an official grievance because he’s stuck in the bushes. You’ll get your chance, kid. And when you do get the call, don’t be surprised if your teammates aren’t exactly thrilled to see you.

Fun police: Apologies to Cameron, but forgive me for not sending Richard Peddie a thank-you note. Die-hard, Cup-starved Maple Leafs fans don’t want tickets to a free exhibition game against the Buffalo Sabres. They want to watch a contender on TV. As you can imagine, Habs fans are having a blast with this one.

Extra bases: Oscar Pistorius, the double-amputee sprinter who runs on two blade-like prosthetic legs, is not going to Beijing after all. He went to court to fight for his right to compete, but in the end, his times just weren’t good enough to make the South African team…New manager, new hope. The Mets are rolling…The Ticats aren’t, but we still love em…