La première étoile: Marian Hossa. I’m not going to lie to you, I’ve hated Hossa ever since he wildly swung his stick and nearly plucked Bryan Berard’s eye out of its socket in 2000. B.B. was a huge clog on a blossoming young blueline corps whose eye injury drastically thwarted his career. Okay, I feel better after getting that off my chest. Yet by signing a one year, $7.45 million deal with Detroit yesterday the Slovakian sniper is destined to explode in the points department while playing alongside the likes of Datsyuk and Zetterberg. In doing so he will be able to manipulate the hell out of the market next summer and cash in on a huge deal. The only catch is that he needs to stay healthy, otherwise he just left millions on the table.

Two minutes for … Being a crappy role model. Barely a week after being picked as the No. 1 overall pick in the NBA entry draft by the Chicago Bulls, Derrick Rose is showing off his bad side. The 19-year-old point guard is headed to court after a massive speeding violation. In April he was clocked doing 106 mph in a 65 mph zone. Rose could be sentenced to an entire year in prison, but he’ll most likely incur a steep fine and be sent to driving school. Maybe they can teach him how to read road signs. 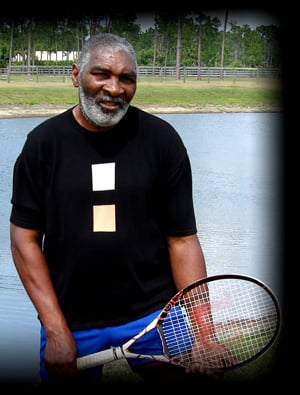 Who’s got tickets? Potential women’s final matchup at Wimbledon. Venus Williams has already won her semi-final match against Elena Dementieva and her sister Serena is currently clobbering her opponent in the other semi-final game. Conspiracy theorists are already discussing whether or not the sisters’s eccentric father Richard will rig the final.

Fun police: Hank Steinbrenner is definitely making his father proud. The cranky co-chairman of the Yankees complained about the National League’s archaic rules in June that require a pitcher to hit, and is now starting to complain about his own team. Hopefully he throws as good of a temper tantrum as his old man so we can see some heads roll.

Extra bases: Beautiful Brett Favre has indicated that he still has the itch to play and might consider coming out of his short-lived retirement to resume his career. The Green Bay pivot is easily one of the greatest QBs of all-time and a true fan favourite. Let’s hope he has the mustard to keep it going for one more year.