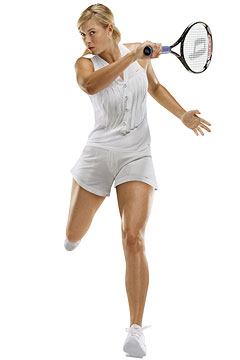 La première étoile: Russian Marat Safin caused a sensational upset today at Wimbledon by knocking out top-seed Novak Djokovic, ranked No. 3 in the world. Safin, struggling at No. 75, admitted that he’d already booked himself a flight home to Moscow tonight. Cancel that, eh?

Two minutes to … Gary Bettman for empty posturing. He’s “suspended” Ducks’ owner Henry Samueli after Samueli pleaded guilty to obstructing a securities investigation. Given that Bettman’s now got 3 owners under suspicion or convicted of business misconduct, his avowal that he’ll hold NHL owners “to the highest standards” is hard to take with a straight face. (The other two are Ottawa’s Eugene Melnyk, facing fraud charges and William Del Baggio in Nashville, under investigation for irregularities related to his purchase of the Predators.)

Who’s got tickets? Spain takes on Russia tomorrow in a Euro2008 semi-final. Spain’s solid performance has solidified their status as odds-on favourites. But Russia, looking good since welcoming back star forward Andrei Arshavin, is not to be counted out.

Extra bases: No. 3 seed Maria Sharapova upset Wimbledon traditionalists and British tabloids by announcing that she’ll be playing in shorts, not a skirt. But today, the Sun ran a retraction—under the banner headline Shara’s Shorts: A Sun Apology. After seeing her in action, the tab decided her shorts were sexy—not “manly” at all… U.S. tennis player Ashley Harkleroad—set to grace the pages of the August edition of Playboy magazine—was sent home today by Amelie Mauresmo… Meanwhile Anna Kournikova wants to follow Sean Avery’s footsteps. The Russian tennis player says that she, too, is interested in interning in the fashion world—but with Tom Ford, not Anna Wintour.