So you want to carry the Olympic torch, do ya? 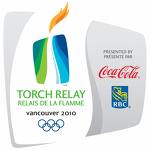 Here, after more than a year in the making, is the route for the Vancouver 2010 Olympic flame, done up as a nice interactive map.

Guaranteed, there will be grumbling from some communities that didn’t make the cut, but, really, it’s a pretty impressive exercise: three oceans, more than 1,000 communities, scattered over 45,000 kilometres (10,000 kms more than originally planned) and spread over 106 days. Some 90 per cent of Canadians are within an hour’s drive of the route, so deal with it. It all starts in Victoria on Oct. 30, 2009, before veering North, way North, as far as Alert, within 900 km of the North Pole. Why stop there guys, go for the Pole, assert Canadian sovereignty over Santa!

The odds aren’t great, but the second best way to carry the torch is to apply to RBC and Coca-Cola, the two companies picking up most of the $31-million price tag for the event. Apply here for RBC, and here, for Coke, if you’re ages 13-19. Or here, at this Coke site if you’re any age over 13.

There’s a catch, though. You have to pledge at any of the sites that you’re going to better yourself, or make the world a better place. The suggestions floated at the relay reveal in West Vancouver Friday did not seem too onerous. Maybe you promise to pick up trash, even if it isn’t yours, or clean up a riverbank, or volunteer at a food bank. For young people, Coke, a seven-times sponsor of Olympic torch runs, wants teens to pledge to participate in a fitness initiative.

Personally, I pledge to help little old ladies across the street to their local RBC offices. I also pledge to recycle my Coca-Cola cans.

And the best way to grab a piece of the flame? Well, join the 2010 club. For a modest donation to VANOC of just $285,000, you’ll get some 100 tickets to prime Olympic events, and a guaranteed spot in the torch run. Priceless. Well, not really.

But you should still recycle your Coke cans.