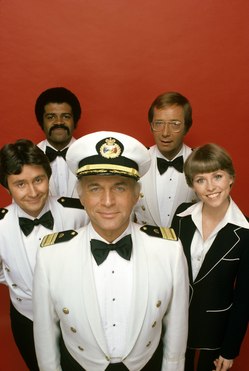 A person could do nothing but security stories between now and the start of the Games—none of which reflect all that well on the folks in charge of security.

Today’s Globe reports the failure of a deal between the Mounties and a U.S. cruise ship operator to house RCMP officers on luxury liners during the Olympics. You can feel for the company, but I think the Horsemen got it right this time. Given the American obsession with Mounties, they would risk daily pictures on NBC of cops disembarking from wedding-cake boats docked at Ballantyne Pier, before heading out to stand on guard for thee.

You can also imagine the warm reaction in B.C., where the RCMP hasn’t put a good boot forward in quite some time. Any mishaps—like, say, drunken corporals falling into the harbour—would be well covered in the local press.

Then there’s this gem from a defence conference in San Diego, where a senior officer from the Canadian Forces was in a twist about technical barriers to U.S. and Canadian military intel units sharing data. Scroll down to where Brig. Gen. James Ferron says this problem must be solved before the Winter Games get under way.

But wait: it sounds like the solution may come in the form of wikis, or shared access pages on the internet. Basically, we’re talking about a classified version of Wikipedia, right? Doesn’t seem like much of a hurdle. Anybody have a Grade 10 student with nothing to do?