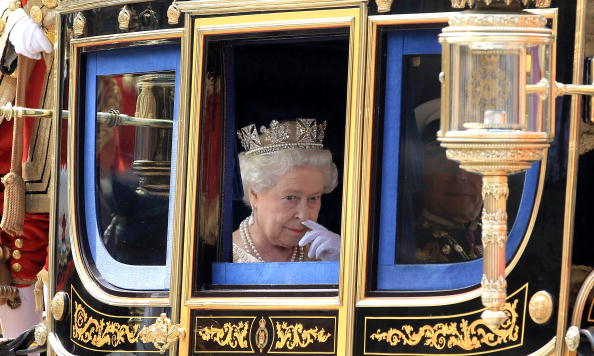 Sad news for Royal watchers and scone producers alike: the Queen ain’t setting foot in Quebec in her whirlwind tour of the colony. Pity that, this being the oldest continuously monarchical territory in North America.

A Canadian Heritage spokesthingy told La Presse that Her Majesty’s wee skip over Quebec has nothing to do with the brou-hahahahaha that erupted when Prince Charles visited last time. (Charlie, you’ll remember, was forced to use a service entrance at the Black Watch regimental hall when confronted by a roving band of angry séparatistes. Egads!) I’m positive this is true. As a good royal subject, I always take Canadian Heritage at its word.

Nor does it doesn’t have anything to do with what happened when Liz set foot in Quebec way back in 1964, I’m sure. Perish the thought.