Stéphane Dion’s wife Janine Krieber held a reception at Stornoway for Canadian donors to NGO orphan charity SOS Children’s Villages. On display were the stories about some of the first SOS villages in Austria during the ’60s written by Krieber’s journalist mother, Thérèse Krieber, accompanied by photos taken by her father. Here is Janine with one of the articles. 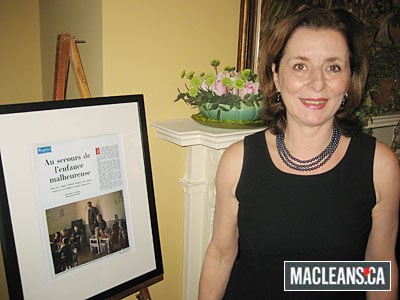 Thérèse Krieber shows one of the pictures taken by her late husband. 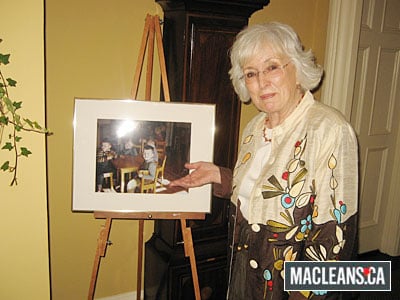 Thérèse with the Green family of Brockville, Ontario, whose $2 million donation will complete an entire SOS village for 120 children in Nambia. (Left to right) Thérèse, Don Green and Debbie Green-O’Brien. 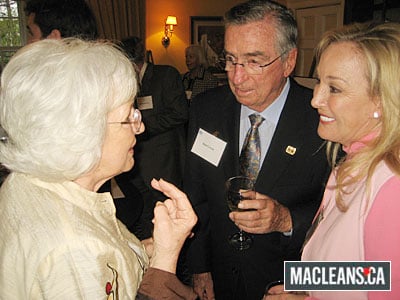 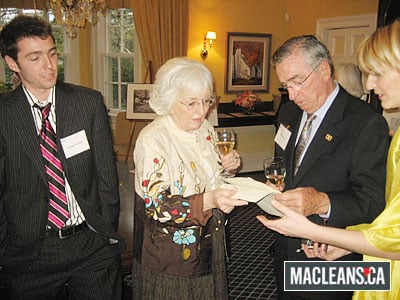 Dion was presented with a bottle of Austrian wine and Janine and her mother got flowers from SOS. 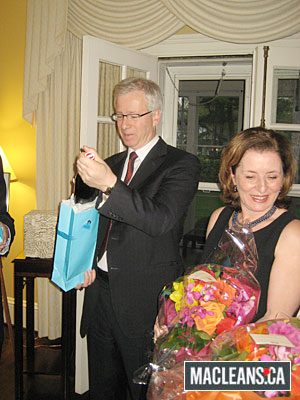 Dion with his mother-in-law Thérèse Krieber. 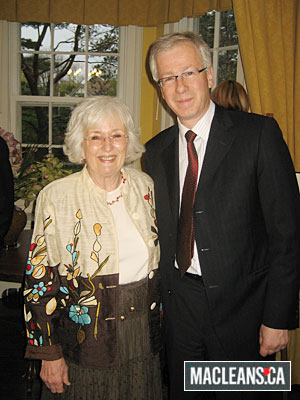 Thérèse with the Ambassador of Austria Otto Ditz. 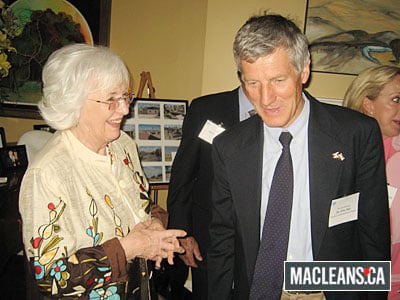 More than the usual number of bouquets were on display at Stornoway that night because the National Capital Commission had been filming the official residence for a virtual tour. Government fluffing at it’s best! 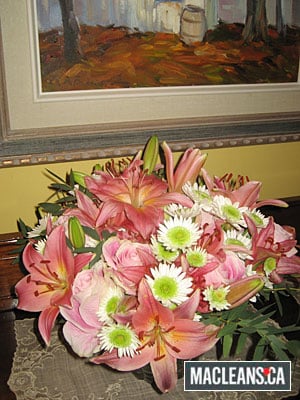 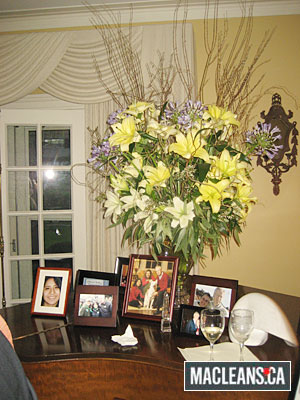 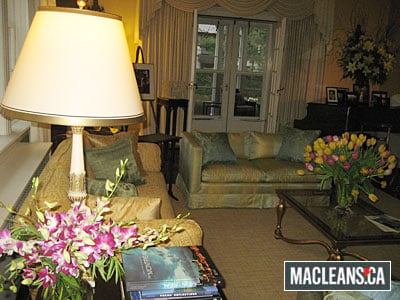 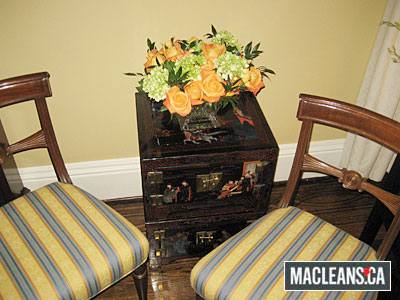 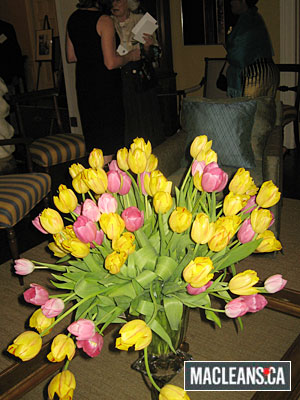