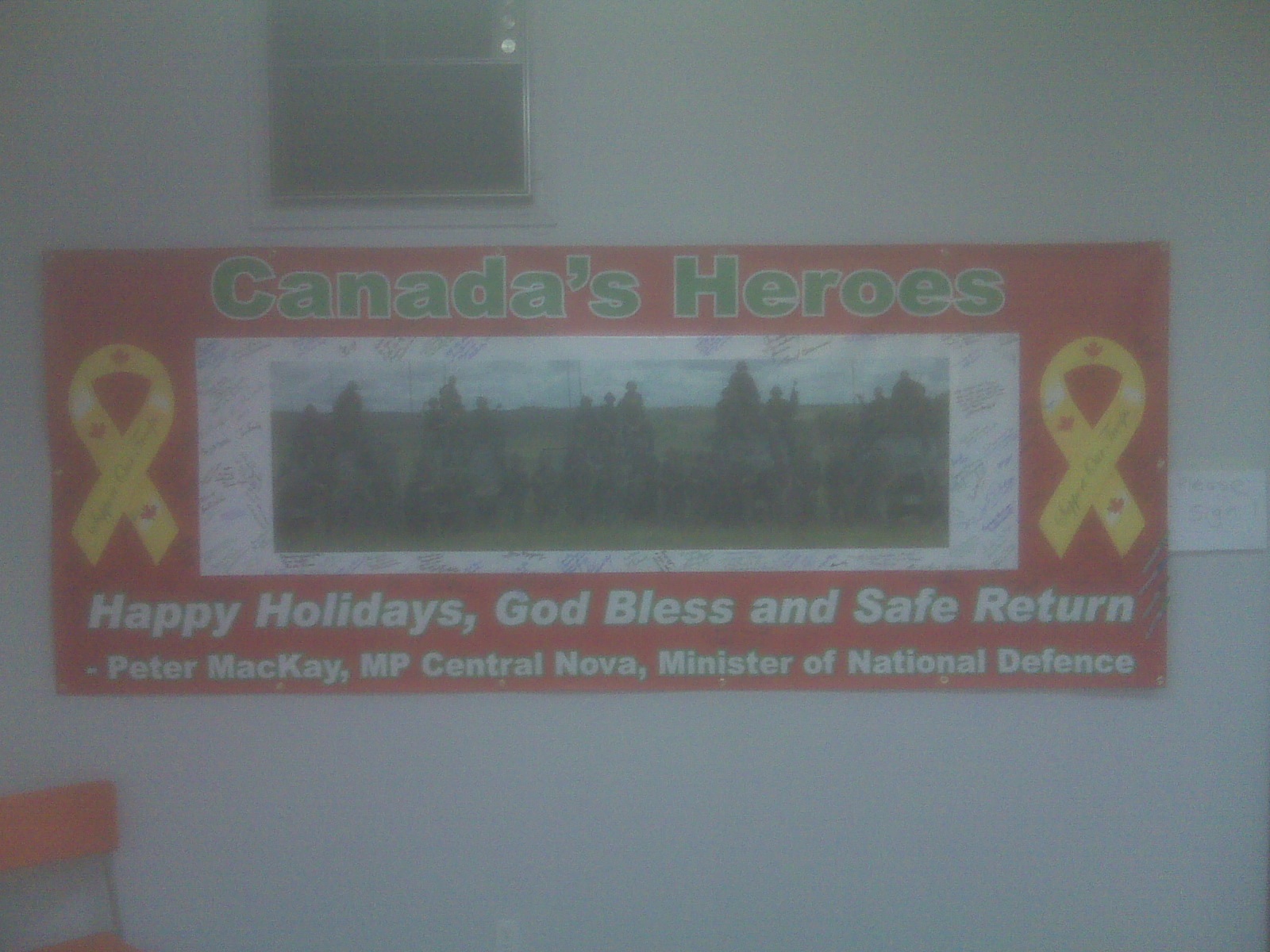 Come election time, being Minister of National Defense has its advantages. Instant credibility with the troops–and, to a certain extent, the voting public–is key among them. So it’s natural enough that Peter MacKay’s people would drape his party headquarters with an outsized poster of the troops being the troops, complete with several multi-coloured Sharpies to sign the thing with. It takes up an entire wall, and will no doubt be the backdrop for several crowd shots this evening.

Whoever chose the picture for the above poster, though, is either clueless or has a wicked sense of humour. (Or they are making light of MacKay’s cynical use of the military as a campaign tool, but I doubt it.) Look a little closer (but not much; it’s friggin’ huge) and you’ll notice one of the soldiers is standing next to a sign reading ‘CLEAVLAND [SIC] STEAMER.’ 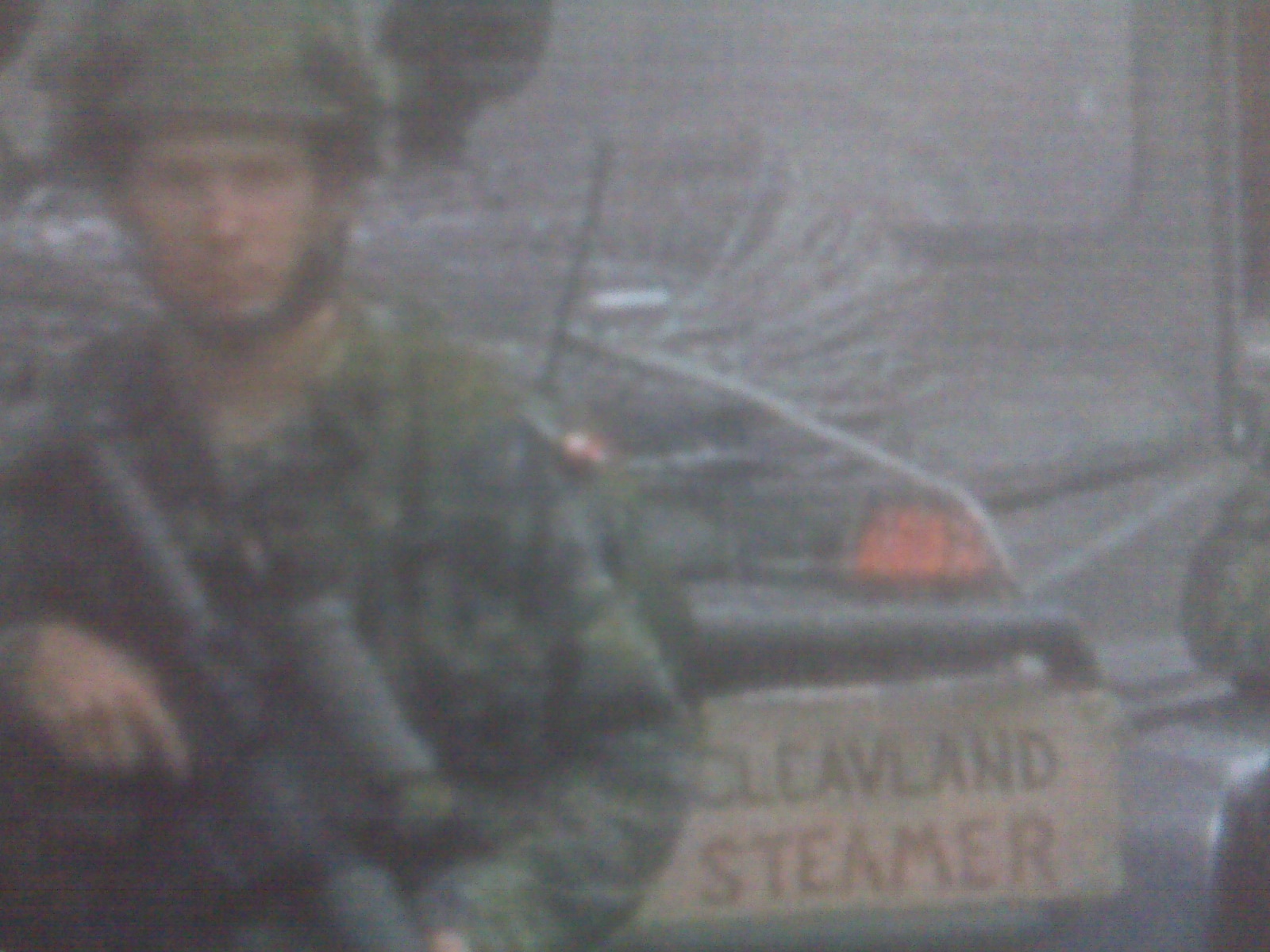 Now, this is a family magazine, so under no circumstances will we ever, ever tell you what a ‘Cleveland Steamer’ is. I’ll leave that to the Internet. Hint: It ain’t big with the family values crowd.