Several giant cardboard boxes were set up where people went inside for a performance. Here Stockwell Day, Minister of International Trade and Minister for the Asia-Pacific Gateway, challenges Death to a game of chess. 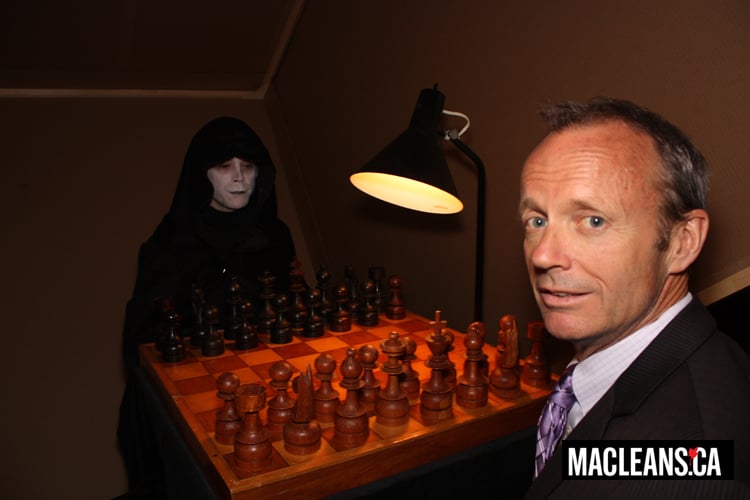 This actor’s performance piece included invited people to join her in bed and pretend to be her husband—and then she proceeded to get mad at them. 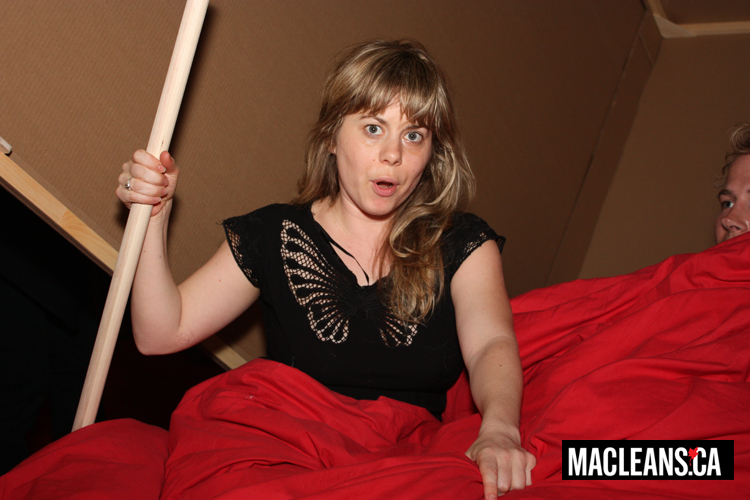 Minister responsible for sport Gary Lunn was one of the people who joined the above actress. 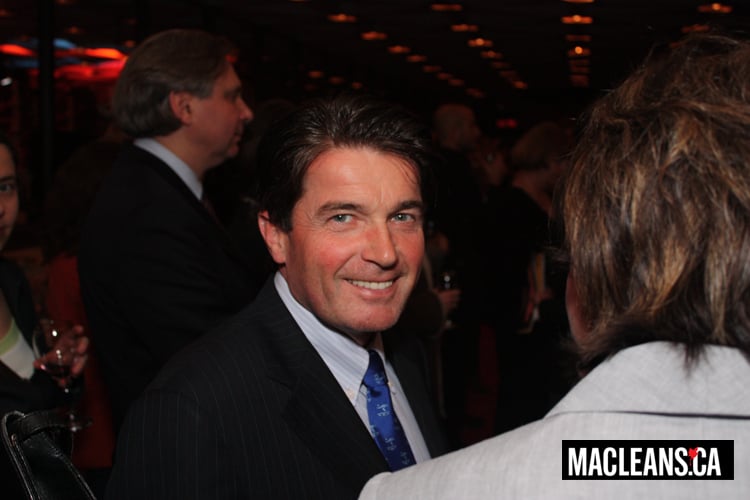 These guys interviewed you for the position of Prime Minister. 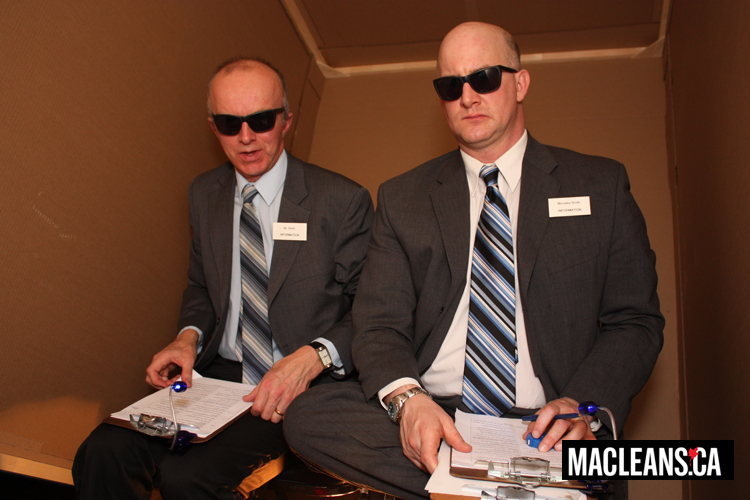 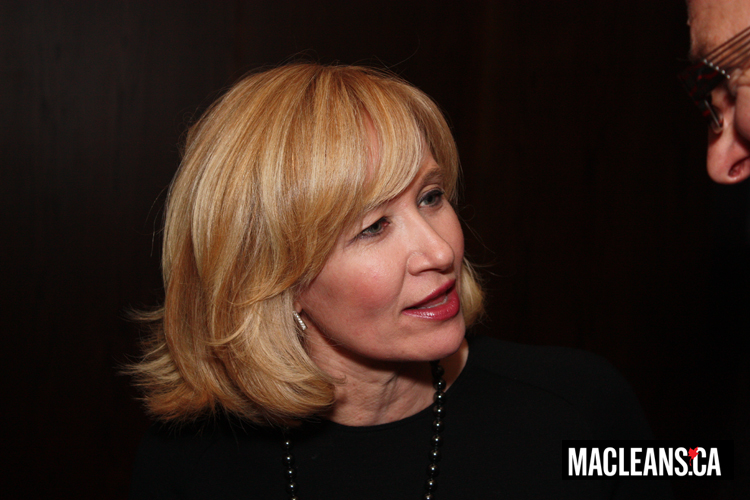 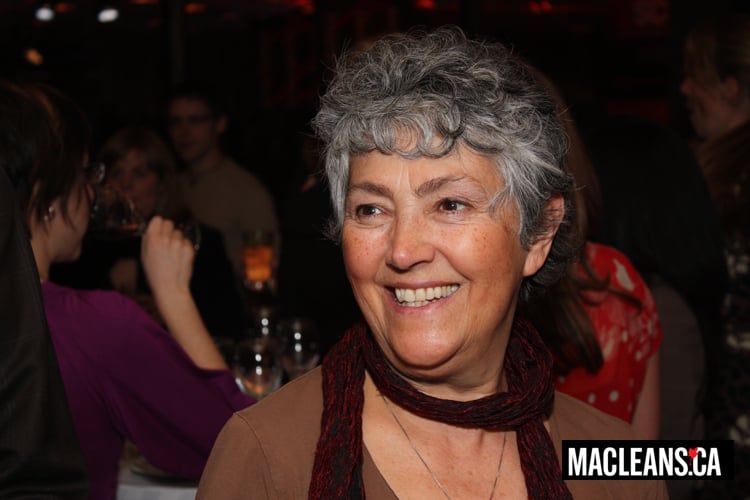 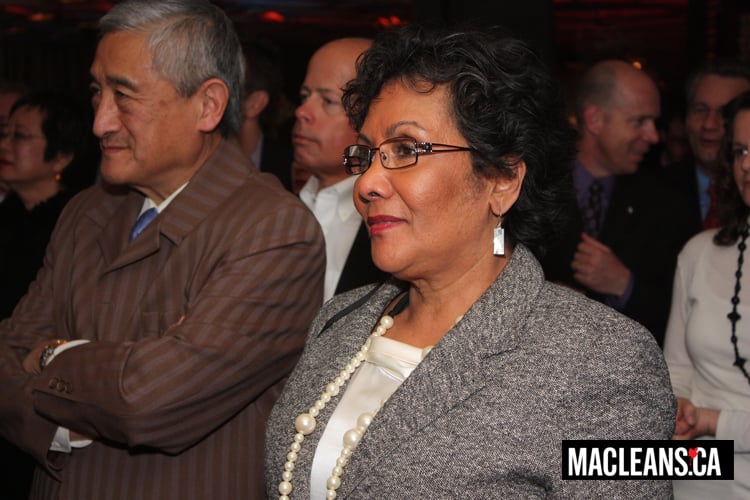 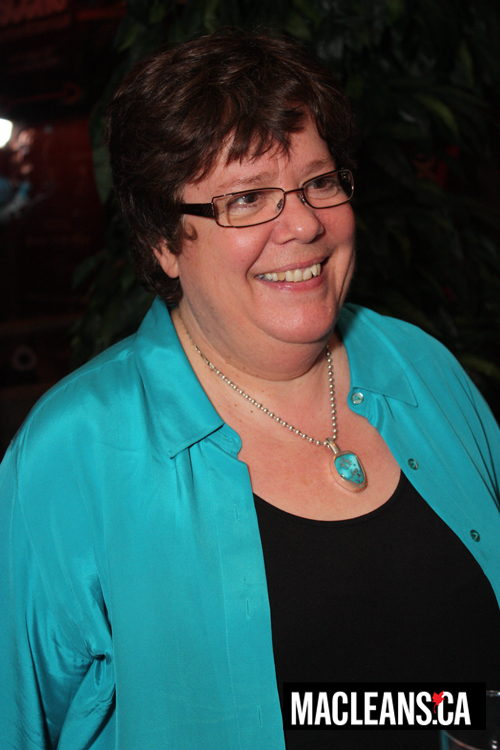 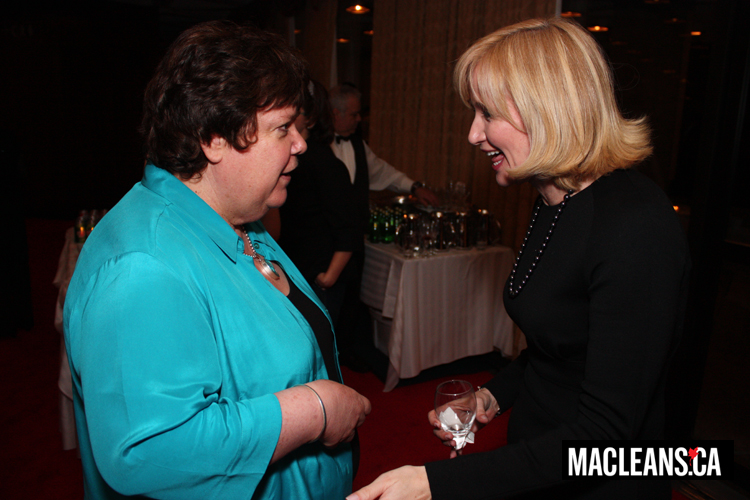 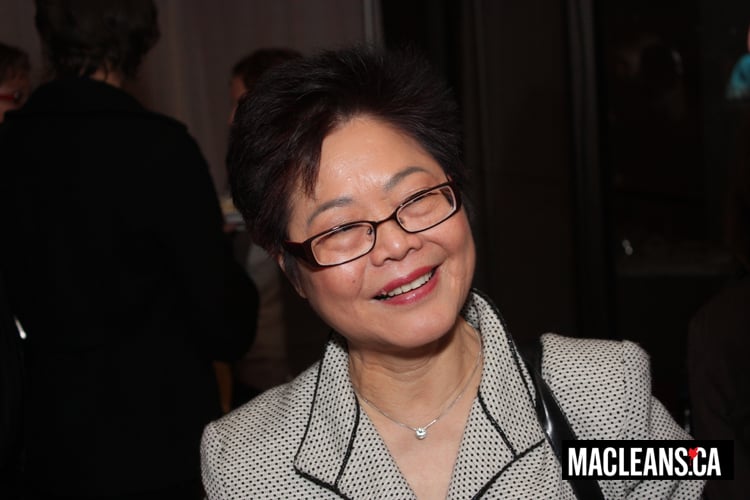 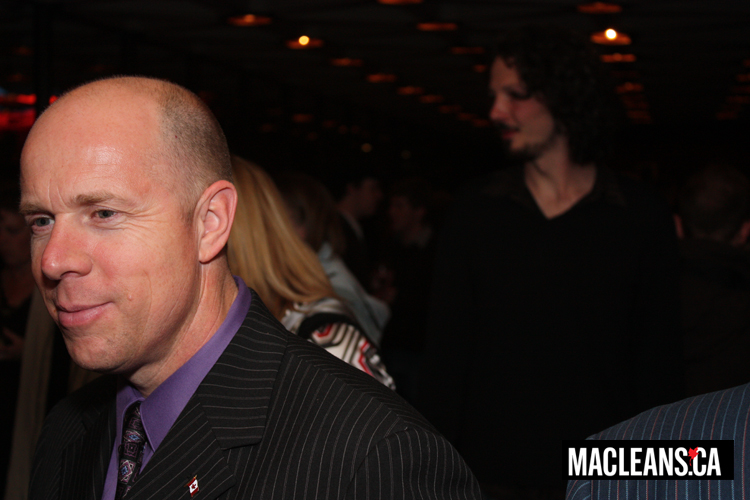 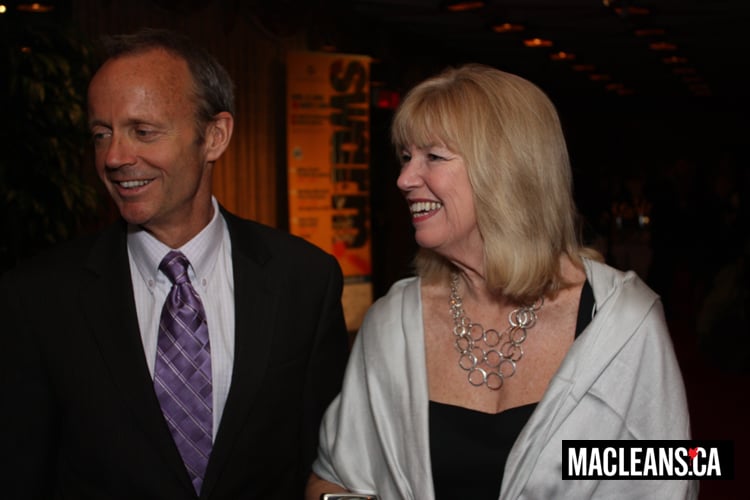 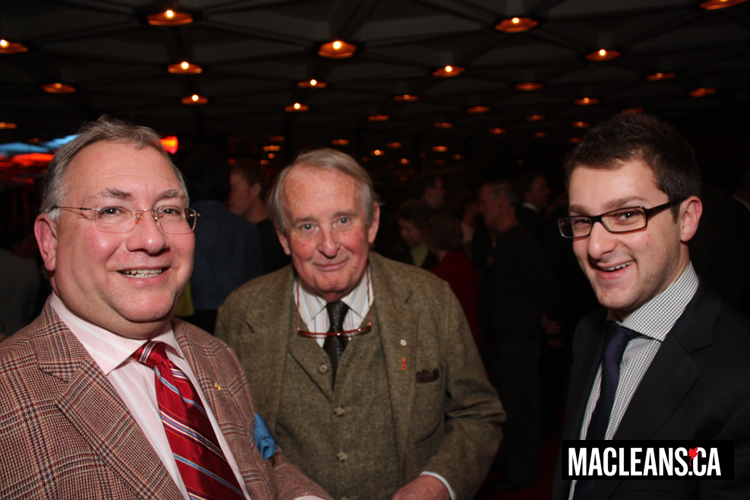 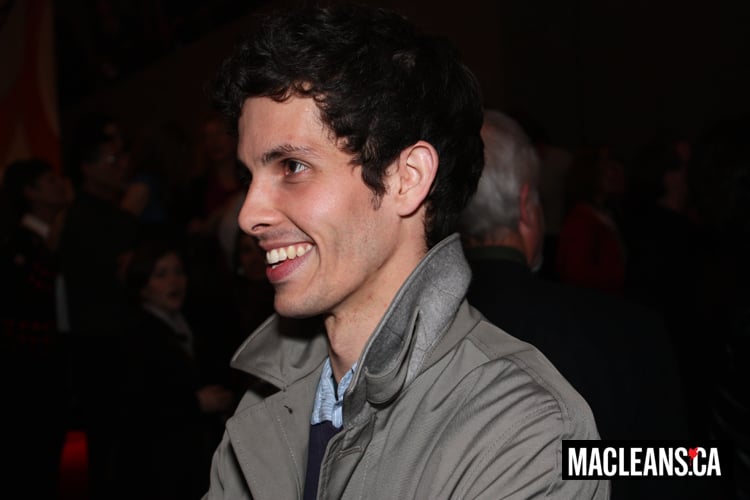 Some of the art. 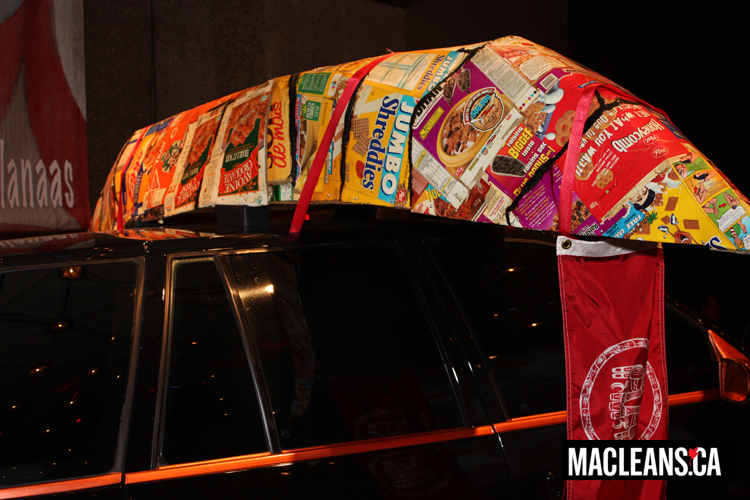 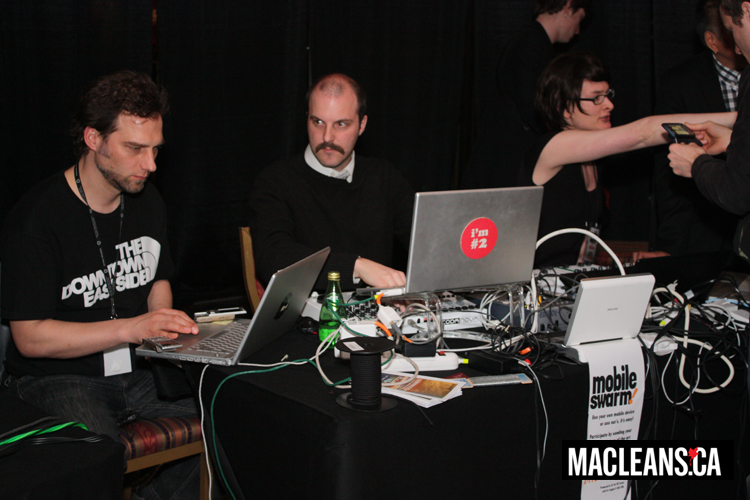 Some of the performance art. 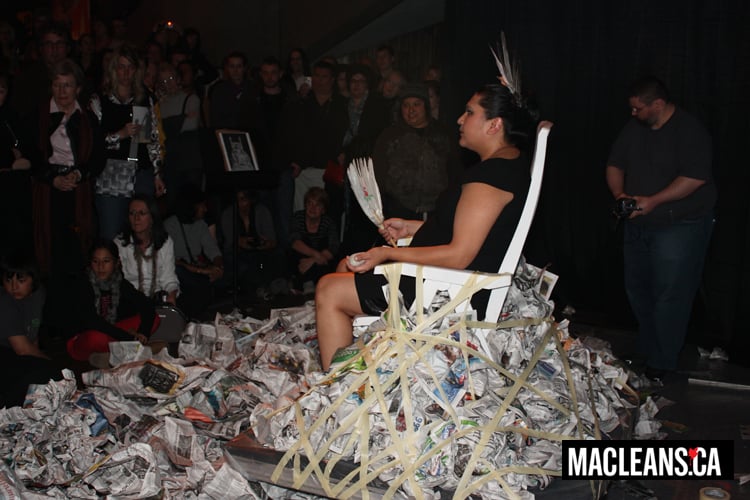 The reception included a showcase of B.C. culinary arts. 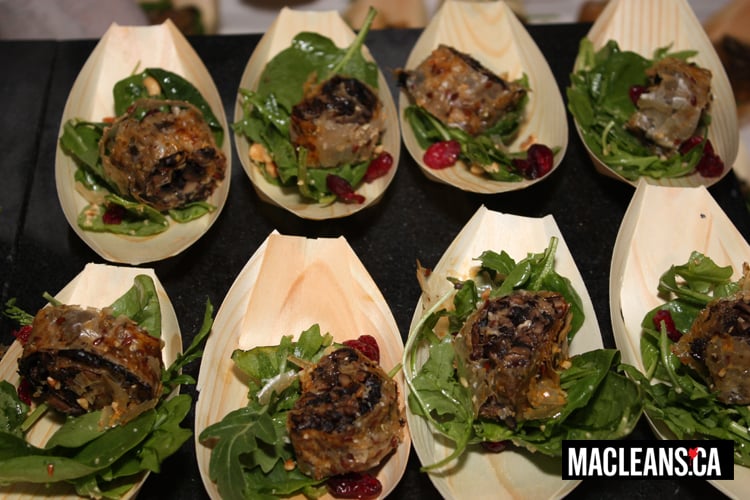 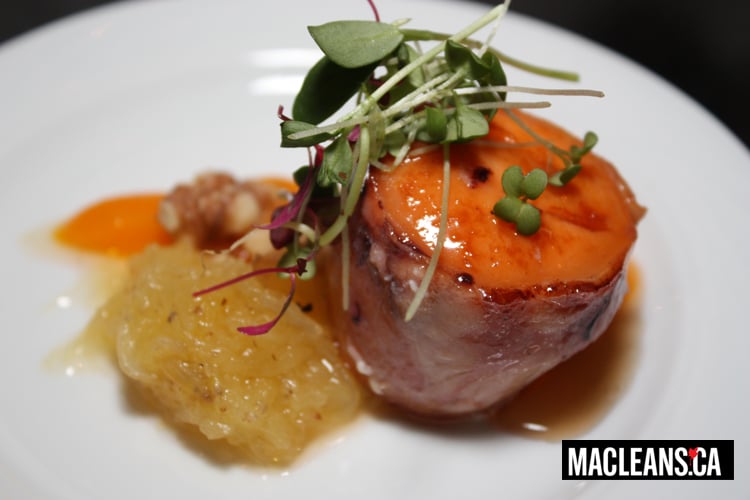 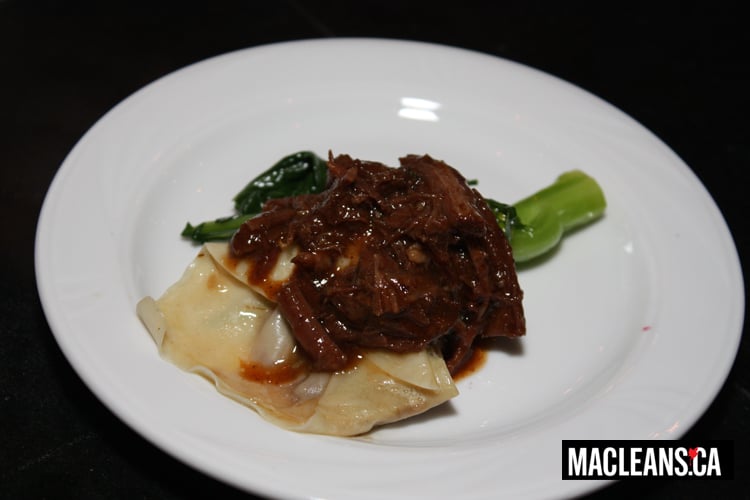 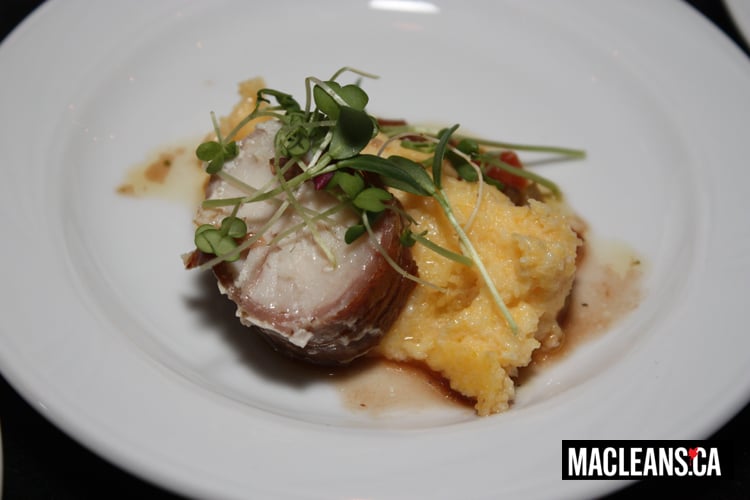