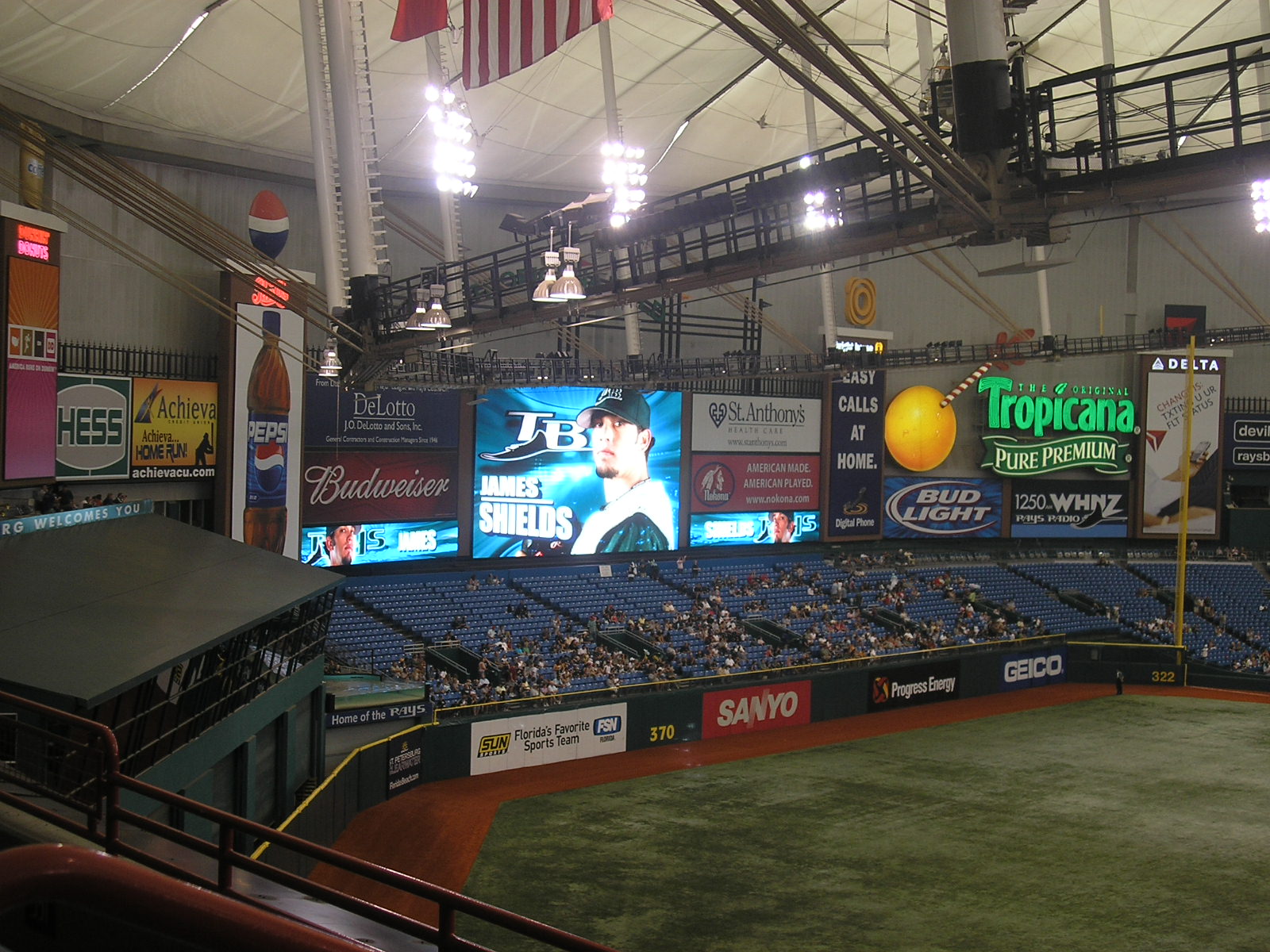 Nobody likes a bandwagon jumper. They’re an insult to every loyal fan who keeps on cheering no matter what the standings say. Like the crowd in San Francisco the other night—31,000 strong—who showed up to watch their woeful Giants battle the Colorado Rockies in a game that meant absolutely nothing. San Fran is 15 games under .500 and nowhere near a playoff spot, yet AT&T Park was nearly full. And it has been the entire season, averaging 35,641 paying customers per game.

However, as much as I hate late-season bandwagoners (they bug me almost as much as Red Sux Nation) I can’t help but feel a little sorry for the Tampa Bay Rays. You certainly can’t criticize their fans (sorry, fan) for diving in while the water’s warm. The eternal doormat of the AL East is on the brink of a pennant—a dream scenario that would see them finish ahead of the Yankees and the Sox—and nobody in the Sunshine State seems to care.

Take last night’s contest against the Blue Jays (the league leader in fair-weather fans). The announced crowd was 14,039. The night before? 12,678. The Seattle Mariners are drawing better numbers, and they’re already mathematically eliminated from the post-season.

At last count, the Rays have the second-best record in baseball (81-51), but they’re 26th out of 30 when it comes to attendance figures. Two prime seats over the home dugout for tonight’s game against the Orioles are going for $19 each on StubHub. Bleachers are $6.99. Judging by last night’s broadcast, you’d basically have 10 rows to yourself.

Poor Stuart Sternberg. Before the season started, the team’s principal owner thought he pleased the baseball gods by taking the Devil out of Devil Rays. Looking back, he should have kept the old jerseys and spent the extra cash on a few of these.