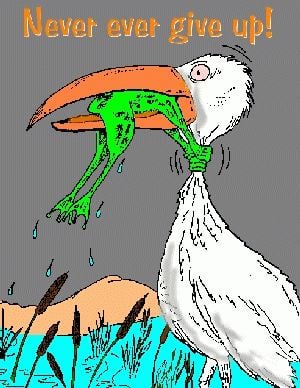 I don’t get no respect.

Let’s be honest: Gérard Bouchard had a crappy job. Not only was he asked, along with Charles Taylor, to cobble together a coherent report on race relations, one of the most sensitive topics in the Western world, based on the often racist and incoherent mutterings of the great unwashed, he had to do as much as a Bouchard – a doubly loaded surname in Quebec.

Charles Taylor was lucky; he’s English, and it is therefore assumed to be a federalist sellout. Bouchard, a sovereigntist luminary and brother of erstwhile King Lucien, is another matter entirely. When the ensuing Bouchard-Taylor report on reasonable accommodations came out, with its peachy bromides about diversity and the relative good health of the French language and all that, it was Bouchard who bore the brunt of sovereigntist criticism. And when Bouchard dare respond to his critics, which he did in yesterday’s La Presse? Oh, dear.

Basically, Bouchard said that the sovereigntist movement has become “insecure, anxiety-ridden and weak” and, as such, inward-looking and wary. He didn’t quite use the term ‘xenophobic’, but he was close. Sadly, he notes, “it is a radical departure from René Lévesque.”

For his trouble, Bouchard has been pilloried by the likes of Pauline Marois, Pierre Falardeau, the Bloc’s Maria Maurani and Victor-Levy Beaulieu, among many others. Gérard, André Pratte notes today, is suffering the very slings and arrows inflicted on his brother Lucien so many years ago, when the former premier fell out of fashion with his brethren. Lucien was once the saviour of Quebec; as recently as 2005, he was boomed by péquistes at their convention.

Hard line sovereigntists have a particular type of poison for anyone who strays from the pack. Victor-Lévy Beaulieu had this to say when noted sovereigntist playwright Michel Tremblay questioned, a-la-Gérard, the tenets of modern Quebec nationalism: “Go back to Florida, god dammit. Eat shit. You are an asshole.” Bernard Landry loudly proclaimed he would never go see another of Tremblay’s plays. So there.

Being sovereignist is tough work at the best of times; it’s downright savage if that sovereignist turns his back to the choir, even for a second.