The locker room within

Never mind fire and brimstone. In the world of out gay athletes, ignorance is the greater danger, writes Adam Goldenberg 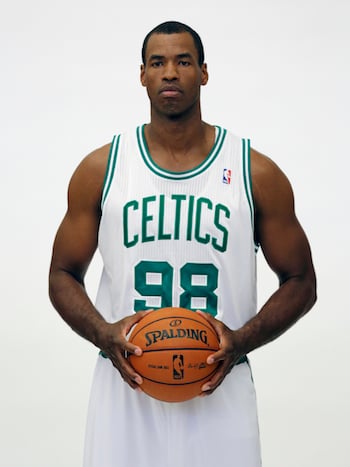 The bigots are never the problem. The zealots aren’t, either.

After Jason Collins announced, in the May 6 issue of Sports Illustrated, that “I’m a 34-year-old NBA center. I’m black. And I’m gay,” ESPN’s Chris Broussard replied with religious condemnation. “I don’t agree with homosexuality,” Broussard said. “I think it’s a sin, as I think all sex outside of marriage between a man and a woman is.”

Broussard’s indignation might once have been well worth worrying about—and, to the extent that young people of faith might still be swayed by such bigoted bravado, it still is. But even religion has, with time, become less of a safe harbour for homophobia. It’s now possible to write off reactions like Broussard’s as just plain loony, a somewhat more presentable variety of the odium that we expect from the “God Hates Fags” crowd. As it gets lonelier out there on the margins of the religious mainstream, we can finally consign such misplaced fervour to the dank basement of the marketplace of ideas.

But, in the brave new world of out gay athletes, fire and brimstone are less dangerous than simple stupidity. I’m thinking, in particular, of the old, ignorant assertion that gays in the locker room would be—and now are—a “distraction” to their teammates.

So said David Pratt, a radio host and sports commentator on Vancouver’s CKNW, on Tuesday morning. Discussing Jason Collins, Pratt trotted out that asinine old canard: a gay player is a “distraction,” and, as a consequence, a detriment to his team. Follow Pratt’s logic and you arrive at an inescapable conclusion: having a gay player on your roster makes you more likely to lose.

Sorry, quick correction: gay players aren’t the problem, openly gay players are. The issue isn’t identity, but honesty. You see, it’s not that Pratt and his ilk don’t like gay people—no doubt some of his best friends are gay—but why do they have to be so in-your-face about it all the time? Jason Collins gets paid to play basketball. Why should his teammates have to hear about his personal life? The bedroom has no place in the locker rooms of the nation. Don’t ask, don’t tell.

I used to listen to the morning sports highlights on CKNW in the car on my way to school. I was still deep in the closet then, a scared-witless gay kid at a jock-y all-boys school. Listening to David Pratt on Tuesday morning, I was back in that car, my rugby gear in my gym bag, being told that I was a weakness, a liability—a distraction.

This week, I was outraged. Ten years ago, I wouldn’t have been; I would have been too busy being ashamed. Rest assured, every young gay athlete listening to CKNW on Tuesday felt the same way.

Coming out is one of the toughest things that any gay person will ever have to do. There will always be a million reasons not to—not now, not yet. The last thing a gay athlete needs is another reason to wait.

This isn’t to say that gay athletes who come out won’t attract attention, as David Pratt and others suggest. Jason Collins was a hot topic at water coolers and in locker rooms everywhere this week. For a few hours, he was certainly the most tweeted-about professional athlete in North America. “Maximum respect” from Steve Nash. “Don’t suffocate who u r because of the ignorance of others,” Kobe Bryant wrote. Even Bill Clinton joined in: “I’m proud to call Jason Collins a friend.”

We can look forward to the same sort of buzz for the next few gay professional athletes who follow in Collins’ footsteps. But don’t forget that word: professional. These guys are the best in the world at what they do. They get paid to do it. If a gay teammate would render them incapable of doing their job, then they would—or should—soon be out of work. Because, as locker-room diversions go, this one’s laughable; if another guy’s sexual orientation is a distraction, just wait until you see what they’re saying about you on the sports page.

What grates the most about the suggestion that gay athletes are a distraction is not the humiliating message that it sends to young people, or the insulting assertion that professional athletes won’t be able to focus on their jobs in the presence of locker-room diversity, or even the fearful, half-joking assumption, which all of us have heard, that the gay guy in the showers is constantly sizing up his teammates a little too literally. (Don’t flatter yourselves, boys.)

No, what stings the most is the idea that—for gay athletes, at least—coming out is a choice in which others should have some say. It isn’t. It never should be.

Gay athletes don’t get to choose who they are, but they do get to choose where to be who they are. Sexual orientation can be concealed. But no gay person makes that choice himself; biology does, with an assist from society’s heterosexual norms. Secrecy is the default option—the gay birthright—and it’s a brutal burden to bear.

And yet, too many men with microphones still ask gay athletes to suffer in silence, rather than break the omertà of the team just by being themselves. Too many commentators—and coaches, and parents, and athletes—are stuck in some inner locker room of their own imagination, a place where wilful blindness still showers beside silent shame, where homosexuality is an unwelcome intrusion, someone else’s problem, and a foreign phenomenon that belongs somewhere, anywhere else. These attitudes aren’t just anachronistic; they’re dangerous. Why are they still on the air?

As a gay person, you always know that coming out is within your power. You know that the words are within you, all bound up in that one little sentence that’s so impossible to believe, then so impossible to deny: “I’m gay.” But what keeps you up at night, sleepless with self-hatred, isn’t that first question—“can I come out?”—but the awful, unanswerable one that comes next: “what will happen when I do?”

You imagine yourself hated and rejected by those whom you love and respect. You see yourself disappointing your family, your friends, your platoon, your team. The thought of being looked at differently—of being a “distraction”—can be crippling. For most of us, none of it ever comes to pass, but none of it is ever within our control, either. That’s the most frightening thing of all.

Jason Collins did a brave thing this week, unprecedented and historic. The rest is up to us.

Adam Goldenberg is a Kirby Simon Human Rights Fellow at Yale Law School and a contributor to CBC News: The National. Follow him on Twitter at @adamgoldenberg.