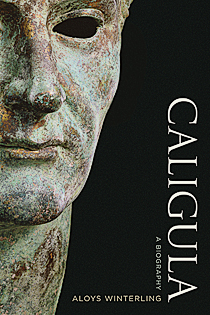 In the long history of Roman emperors, it’s the mad ones who mostly linger in popular memory. That certainly includes Caligula—meaning “little boots,” the nickname he picked up as a child dressed in miniature legionary gear—who ruled Rome from 37 to 41 CE. (Viewers of the 1976 BBC dramatization of I Claudius will recall him as the character, played by John Hurt, who came out from a room, blood-splattered after a fatal encounter with his pregnant sister/wife, and muttered to Derek Jacobi’s Claudius: “Don’t go in there.”) Guilty of incest with his sisters, a sadistic torturer and mass killer, an emperor who declared his intention to name his horse Incitatus to one of the highest state offices, Caligula has always been portrayed as flat-out crazy.

Guilty as charged, concludes Swiss historian Winterling, except for that first, crucial accusation. (Oh, and the incest charge, which didn’t surface until a century after Caligula’s death.) But there was nothing insane, Winterling argues, about Caligula’s attempts to get out of his political dead end, or the cynical wit he displayed. Take that racehorse he wanted to make a consul: could there have been a more biting display of contempt for the Roman aristocracy than to suggest a horse for its most coveted honour?

The Roman Empire was founded by Caligula’s great-grandfather Augustus, who established his one-man rule by keeping to the outward forms of the moribund republic. He would pretend to be first among aristocratic equals and “suggest” measures to the Senate, which would pretend to debate them before doing exactly what Augustus wanted. But Caligula had no tolerance for double-talk: he was supreme ruler and wanted it openly acknowledged. That spawned ever more conspiracies against him and increasing paranoia and vicious reprisals from him. Inevitably, a plot did succeed in killing Caligula, a day before his planned move to Egypt—a culture open to the idea of a divine monarch. A persuasive new Caligula emerges from this elegant revision: not mad at all, but just as bad and dangerous to know.