Here's an idea: cut the programs that offend our intelligence 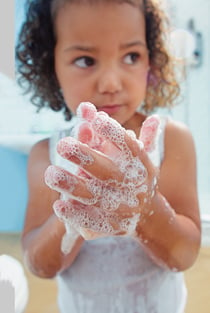 The verdict is in: governments far and wide must “tighten their belts,” “cut the fat,” “purge the gravy” and “stop the insanity” in order to curb their enormous debts. The euro is hanging on for dear life (apparently), America is going to hell in a handbasket (allegedly) and Canada is—though decidedly okay—accumulating household debt at a very risky rate, according to our patron god of finance, Mark Carney. Ontario, or Onterrible, as it’s known elsewhere, is particularly gifted in the art of acquiring debt (the province is supposed to exceed $250 billion) and Toronto’s most polarizing mayor in history—Rob Ford—has, of late, spent more time tightening his own belt than his city’s. By “eating like a rabbit,” says a slowly shrinking Ford, he has shed up to 10 lb. in the past week. Toronto’s fiscal situation, meanwhile, hasn’t been so fortunate—and its citizens (myself included) haven’t exactly warmed to the idea that controversial budget cuts may be in order. So what to do? Can Ford curb the debt? And more importantly, can any Canadian leader curb his constituents’ debt without slashing popular public programs and policies?

Probably not. It would be a potential insult to our intelligence to think so. But I have a proposal: why don’t leaders cut every program and initiative that offends the average person’s intelligence, and save money in the process. What programs, you might ask? Take the one I encounter every time I use a public washroom:

“This is a message from the Public Health Agency of Canada: Wet your hands. Put a small amount of liquid soap in the palm of one hand. Rub your hands together for 20 seconds so you produce lather. Rinse your hands well with clean running water for at least 10 seconds. Dry your hands with a single use paper towel. Use hand lotion to put moisture back into your skin if your hands are dry. Model good handwashing technique to your children … Have them sing a song like Twinkle Twinkle Little Star while rubbing their hands together to teach them the amount of time it takes to clean their hands properly.”

I understand that the sentiment above has saved countless lives around the world—generally in places where handwashing is not the norm and bathroom sinks don’t operate like sliding doors—but wouldn’t a shorter and more direct message suffice on Canadian soil? “Wash hands or get SARS,” perhaps. Or for the more pedantic, “Wash hands carefully or get SARS.” The problem isn’t the what (washing hands, laudable), but the how (instructions so earnestly detailed almost nobody reads them all anyway—except maybe my mother). At the very least, cut the directions down, and we’d save some money on ink.

Instead, however, our leaders prefer to pay for the obvious idiot-proofing of Canadian society, which, though entertaining, is seldom very smart. Take, for example, this gem of a government program, common across the country: if you’re an avid gambler you can make a “voluntary self-exclusion request” that requires your provincial government to bar you from casinos—casinos that are, of course, owned and regulated by (you guessed it) your government; casinos from which our world-renowned health care system extracts a significant amount of its funds. (And considering the fact that one in eight people who start using slot machines become addicted to them, that’s a lot of funds.) Now you might think, as I did at first glance, that such a program is well-meaning: isn’t it nice that our government wants us to avoid bankruptcy (and have clean hands)? The only problem is that self-exclusion programs tend not to work; it’s widely documented that many of the most addicted gamblers who sign up for exclusion are never actually excluded. The gamblers in question have then been known (this is not made up) to sue the government for failing to turn them away from their favourite casinos. Which is like suing someone for failing to idiot-proof you against yourself, by failing to realize exactly how irresponsible you’re capable of being. And what does all this idiocy add up to? More squandering of public funds.

To suggest that the removal of such programs would make a considerable or even slight dent in any deficit might be a stretch, but it’s worth talking about regardless. This is especially true when some of our leaders present themselves as common sense alternatives to excessive liberalism, decrying “nanny state” interference and cutting social welfare and arts programs in the name of “gravy” removal. It seems odd, anyway, for an apparently gravy-conscious government to publish flyers and make public service announcements about child obesity and then (in the name of gravy no less) try to eliminate a school nutritional program.

I am not, I confess, seriously down on the handwashing posters in bathrooms. The basic mission is an important one. But if a national handwashing campaign in a First World country doesn’t qualify as gravy, and a children’s nutritional program does, then I don’t know what gravy is—besides something that Rob Ford says he’s stopped eating.